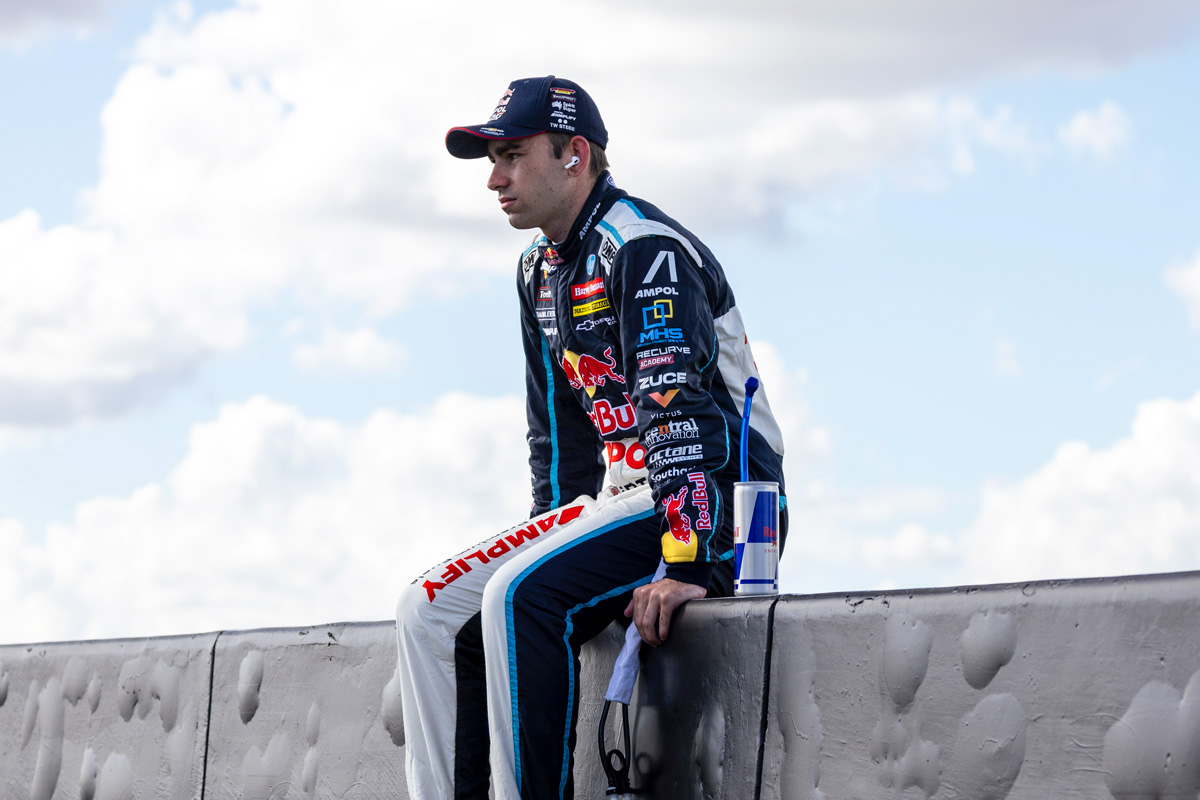 Broc Feeney says there’s no cause for concern following his last-place finish in opening practice for the Repco Supercars Championship at the Bunnings Trade Perth SuperNight.

The 19-year-old rookie was 1.3 seconds off the pace in the opening hitout and wound up at the bottom of the timesheets.

His Red Bull Ampol Racing team-mate, Shane van Gisbergen, was the early pace-setter but did not improve on his initial flyer and fell to 13th by the chequered flag.

Speaking after the session, Feeney pointed out that the team ran old tyres on both cars.

“It was an interesting session but I think me and Shane are on a little bit of a different strategy to the rest of the guys,” he said.

“[We] have got a long day ahead of us, plenty of track time, so I’m sure we’ll be a bit further up.

“We didn’t run a new set of tyres compared to the other guys, so people jumped up at the end, but it was just learning the track.

“Obviously tyres get slower but I get faster, so hopefully the next session we’ll be a bit higher up.”

Feeney has never before raced at Wanneroo Raceway, but jumped behind the wheel of a Radical Cup Australia car earlier in the week to gain a taste of the Western Australian circuit.

Practice 1 marked his first ever Supercars laps of the 2.42km venue.

“It’s pretty cool. There’s a fair bit going on, short lap, but there’s a lot going on,” he enthused.

“So many cars out there as well towards the end, it got pretty tricky, so it’s going to be pretty interesting certainly in qualifying and the races as well.”