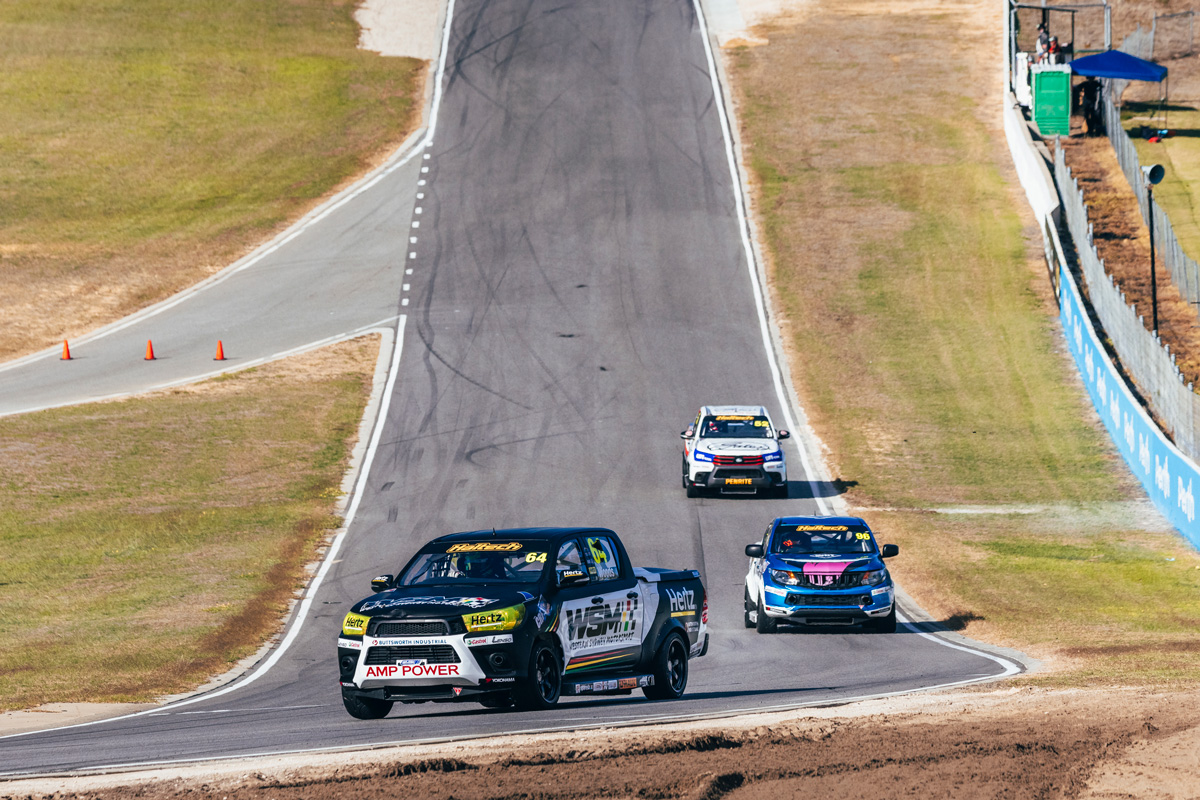 Woods set the early pace in the Western Sydney Motorsport Toyota Hilux with a 1:04.952s, the only driver to drop into that bracket in the 20-minute hitout, with series returnee David Sieders just 0.098s adrift in the lead Sieders Racing Team Mitsubishi Triton.

A red flag interrupted the session halfway through leaving a three-minute shootout for pole position.

Sieders failed to return to the track but there would be no late flurry of improvements, leaving him to hold onto a front-row start for Race 1 tomorrow.

Aaron Borg was first of the Holdens in third; he’ll share the second row with George Gutierrez in his Go Sunny Solar Colorado.

In the earlier practice session, Dontas set the pace with a 1:05.674s as the top six were covered by less than a second.