Verstappen and Leclerc open up on karting rivalry

Verstappen and Leclerc open up on karting rivalry 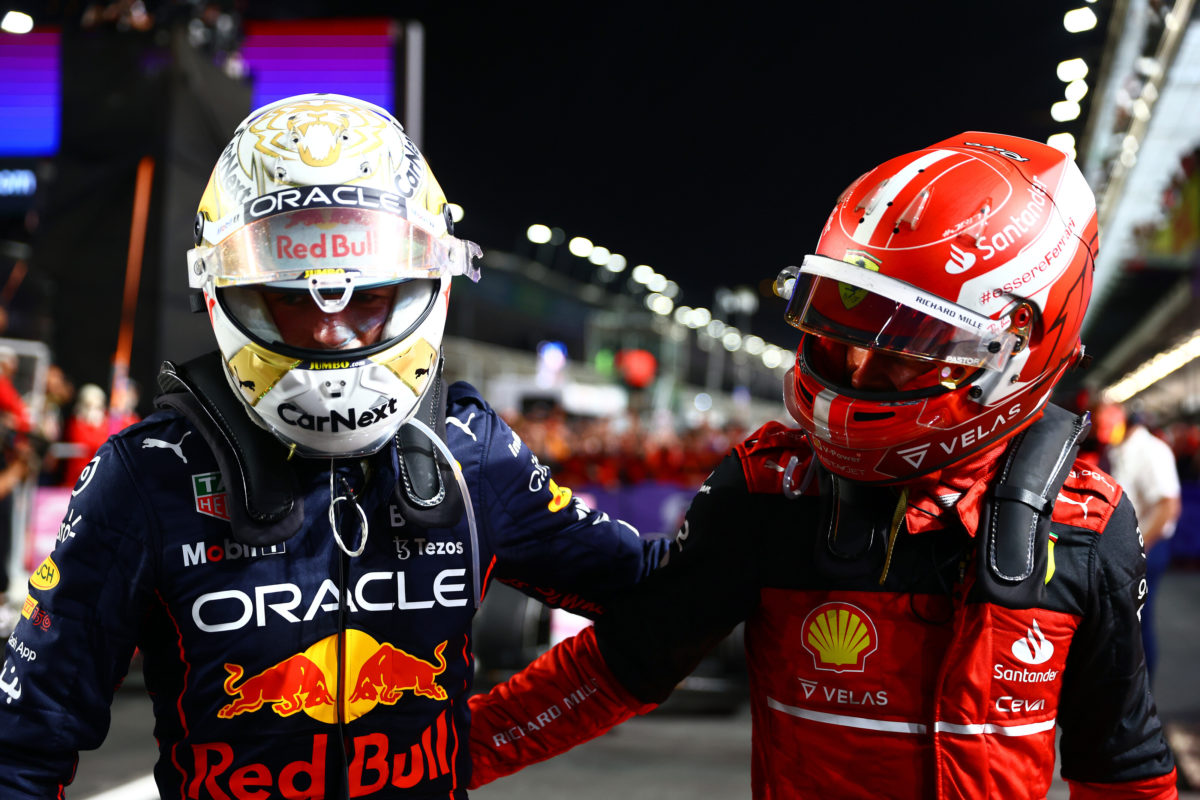 Max Verstappen and Charles Leclerc have shared their thoughts on how a rivalry that started in go-karts has transformed as they battle in Formula 1.

After a slow start in Bahrain, where he scored no points, Verstappen made up ground at last weekend’s Emilia Romagna Grand Prix.

There, the Dutchman recorded a grand chelem, as Leclerc did in Melbourne, on top of taking out Sprint Qualifying to leave Imola with 34 points.

It’s left the pair first and second in the drivers’ standings, the expectation being that it will be those two who ultimately duke it out for this year’s championship.

“We basically grew up, through go-karting, from I think 12 years old,” said Verstappen of his history racing Leclerc.

“We were similar in age, so we already had a lot of go-karting battles, but then also make our way through Formula 1.

“And not only the two of us, a lot of drivers we know including George [Russell] and Carlos [Sainz], we already saw each other at the go-karting tracks, and now we’re all here in F1, basically fighting with top teams.”

Since then, the pair’s relationship has changed, according to Leclerc.

“We have matured a lot,” the Ferrari driver noted.

“We are much older, even though we are still 25 years old, which is still quite young.

“But at this time there were episodes which make us hate each other, I’m pretty sure in some occasions, but then you grow up.

“We’ve both achieved one of our dreams, which was to arrive in Formula 1.

“At that time it was just a dream, everything looked impossible, so it’s great not to be fighting in Formula 1, and there’s a lot of respect for each other.”

“We’re in the top two teams and have fun fighting for race wins,” added Verstappen.

“What happened in go-karting, actually you can laugh about it now.”

Leclerc currently holds a 27-point advantage at the top of the drivers’ standings after four races with F1 heading next to the Miami Grand Prix on May 6-8.