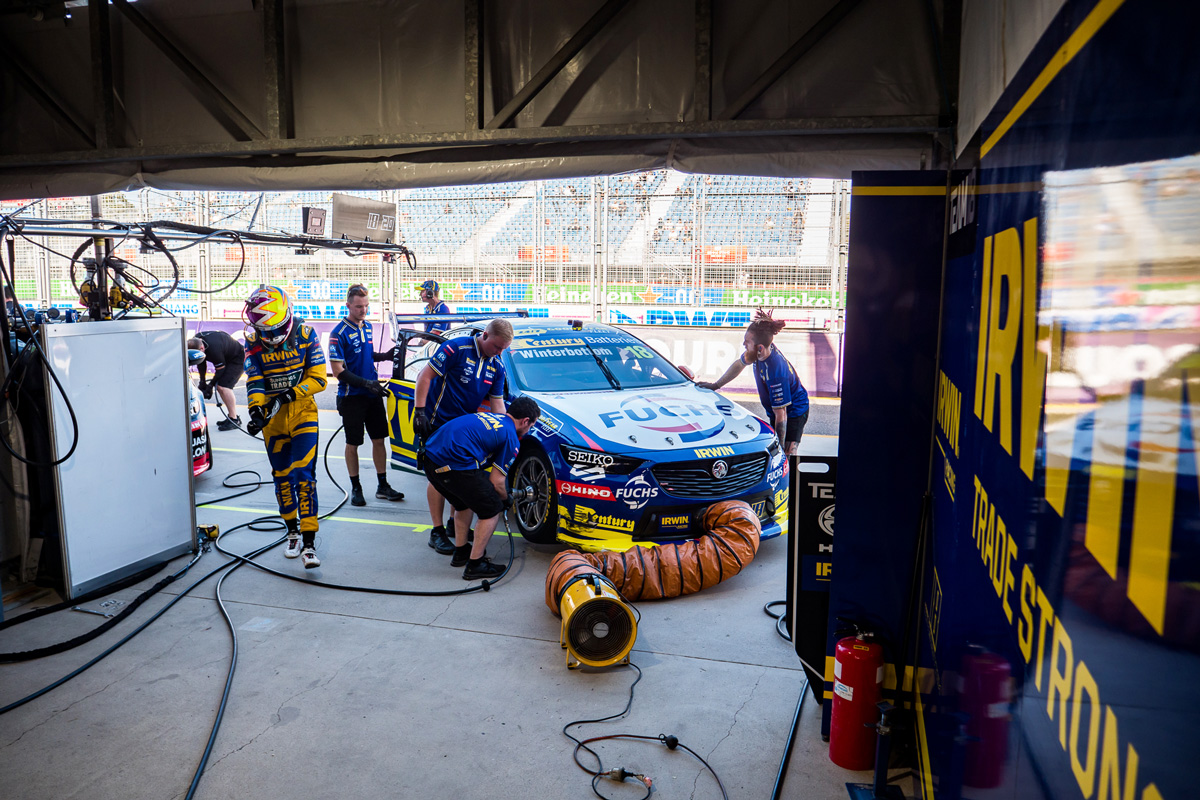 Mark Winterbottom has voiced the heightened importance of a clean opening race at the Bunnings Trade Perth SuperNight tomorrow.

The first of three 46-lappers for the Repco Supercars Championship this weekend is scheduled to start at 18:40 local time (20:40 AEST) tomorrow.

That leaves a tight turnaround to the first of two qualifying sessions at 09:20 AWST/11:20 AEST the following morning, especially with the additional factor of long transit times between city accommodation and Wanneroo Raceway to the north.

For teams that also are competing in Super2/Super3, the situation is even worse, with Sunday qualifying for the feeder series starting 08:40 AWST.

Winterbottom, who drives for Team 18, noted that rolling out of the truck well and staying out of trouble in Race 11 would be vital to looking after his crew.

“We finish late on Saturday night and we start very early on Sunday morning, so if you’re going well, you pretty much just give it a tune up, a bit of cut and polish, wipe the champagne off, and off you go Sunday morning,” said the 2015 champion.

“But if you’re not on the pace or you’ve had an incident, Saturday night is going to be a massive night to try to turn this thing around.

“So yeah, forget about the driving difficulties and stuff like that, it’s going to be tough, but the spectacle is worth it: Saturday night, prime time, racing under lights, fireworks going off, cars look fantastic.

“It’s worth the pain on Sunday morning getting up to hopefully just cut and polish the car but yeah it’s going to be a big night.”

Winterbottom is one of the most successful Supercars drivers in Wanneroo Raceway history, with seven race wins at the Western Australian venue.