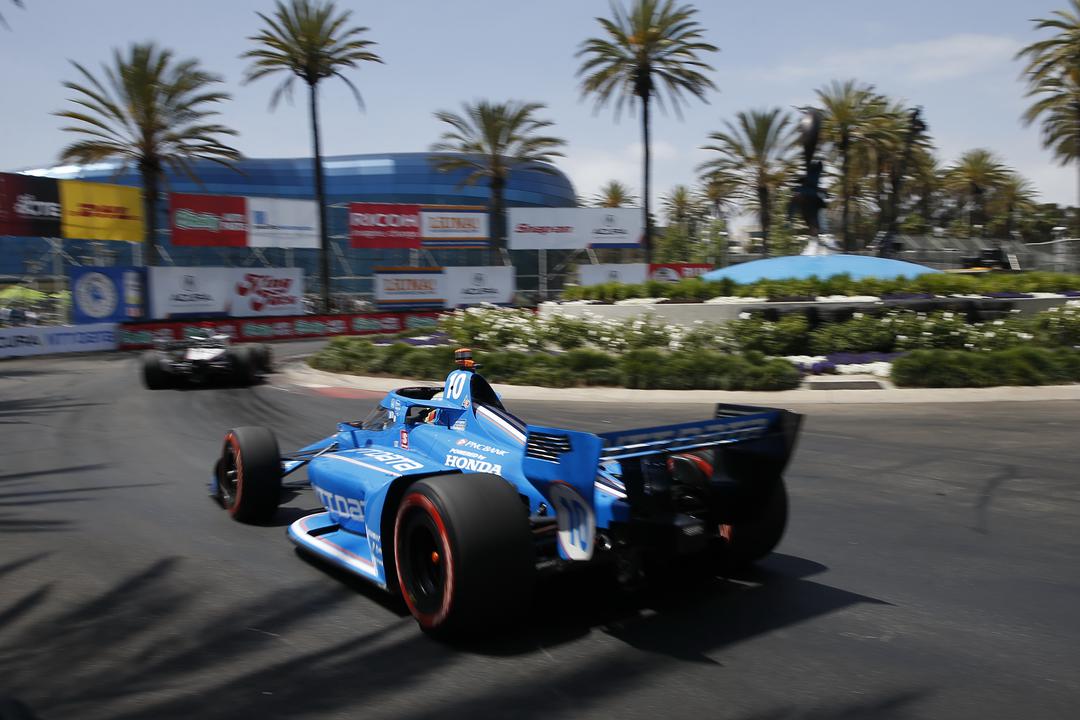 Alex Palou maintains that the Honda-powered IndyCar teams are not missing anything compared to their Chevrolet rivals, despite the current formline.

The Bowtie has won all three races in the year to date, courtesy of Scott McLaughlin in St Petersburg and Josef Newgarden in Texas and Long Beach.

It has thus been not only a single engine supplier but also a single team, namely Penske, which has monopolised the top step of the podium so far in 2022.

The likes of McLaughlin and team-mate Will Power had hailed the enhanced driveability of the Chevrolet unit, a point borne out by the fact that two of the aforementioned three races unfolded on street circuits.

That was an observation made by Palou, currently third in the series standings with two podiums to his name, although he thinks the American marque has only caught up to Honda, rather than surpassed it.

“They would struggle a lot on street courses mostly because we have really tight corners and you could see that Honda had a lot better driveability.

“I think that we’re matched. I think it’s not that we lost or anything. I think they just improved that part.

“But in terms of speed, I didn’t feel any difference.

“Let’s say Indy [Indianapolis], which is the place where you can feel a bigger difference – it’s hard to judge on street and road courses – but at the speedway, I think we were really strong. Honda-powered cars were super strong.

“I don’t know who finished up top, but it’s more about tows and stuff like that at the end.

“I don’t think we’re missing power or anything like that.”

Palou’s comments about Indianapolis, where a two-day Open Test was held last week in preparation for the 500, are interesting considering Chevrolet drivers ended up setting the top seven non-tow laps.

“We can compare when we go, let’s say, always one lap longer than them or stuff like that.

“So, so far and also especially last year, we’ve been able to match their strategies or to go and be more aggressive.”

Practice at Barber Motorsports Park starts on Saturday morning (AEST), with the second practice session, qualifying, and the race live and ad-free on Stan Sport.