McLean on top in Super2 Practice 1 at Perth

McLean on top in Super2 Practice 1 at Perth 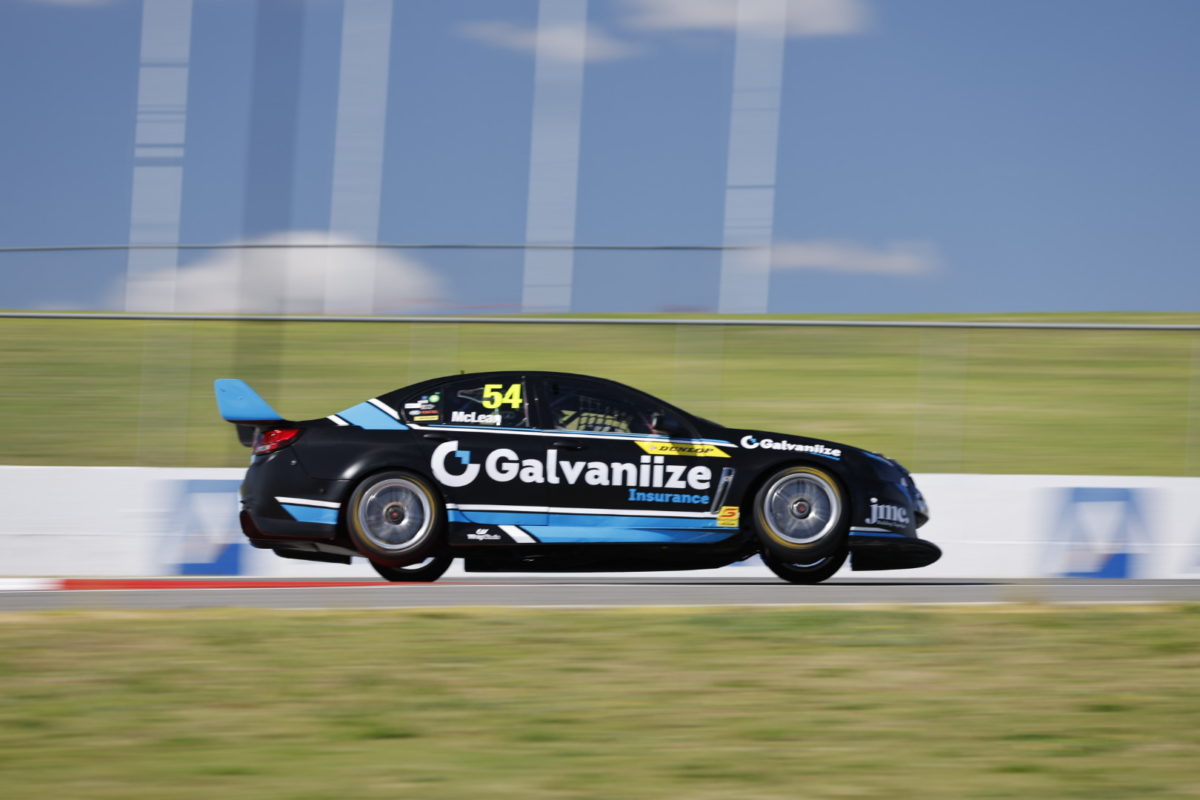 Eggleston Motorsport’s Matt McLean has gone fastest in Practice 1 for Round 2 of the Dunlop Super2 Series at Wanneroo Raceway.

In a session which looked like finishing with a Triple Eight Race Engineering one-two, a Triple Eight-built car did indeed end up on top after 40 minutes of track activity, but it was neither of those entered by the Banyo team itself.

Hill (#111 VF Commodore) had been quickest at the end of the first flyers with a 0:56.4756s, and that was still the case when he set new fastest first and second sectors, three laps later.

A subsequent track limits breach ruined that lap and next to move the benchmark would instead be his Triple Eight team-mate Fraser (#777 VF Commodore), who went 0:56.4064s at the end of his first run.

Hill hit back with a 0:56.3167s at the start of his second run, and that was still the fastest lap of the session when a red flag was called in the 18th minute, with timing suggesting an issue for Jay Hanson (#49 Image Racing VF Commodore) at the final corner.

Action resumed after a pause of around seven minutes, but it took until the final two minutes for a change at the top of the timing screen, which was Hill improving his own personal best to a 0:56.1541s.

However, he was usurped almost immediately when McLean wheeled his #54 VF Commodore to that 0:56.1471s, before putting his cue in the rack next time around, just prior to the chequered flag.

Behind Hill and Fraser, who remained on the aforementioned time, was Grove Racing’s Matt Payne ended up fourth with a lap of 0:56.4667s in the #10 Nissan Altima, then MW Motorsport’s Angelo Mouzouris in the #6 Nissan Altima on a 0:56.4984s.

Cameron Crick (#38 VF Commodore) completed the top 10 while Eggleston team-mate Kai Allen (#26 VE Commodore) was quickest in the Super3 class with a 0:57.0465s which put him 13th overall.

Brad Vaughan (#5 Anderson Motorsport FG Falcon) was second in Super3 and 14th overall at 0.0229s adrift, while Hanson did get back onto the race track and ended up 18th, with no advance on the time he set before the red flag.