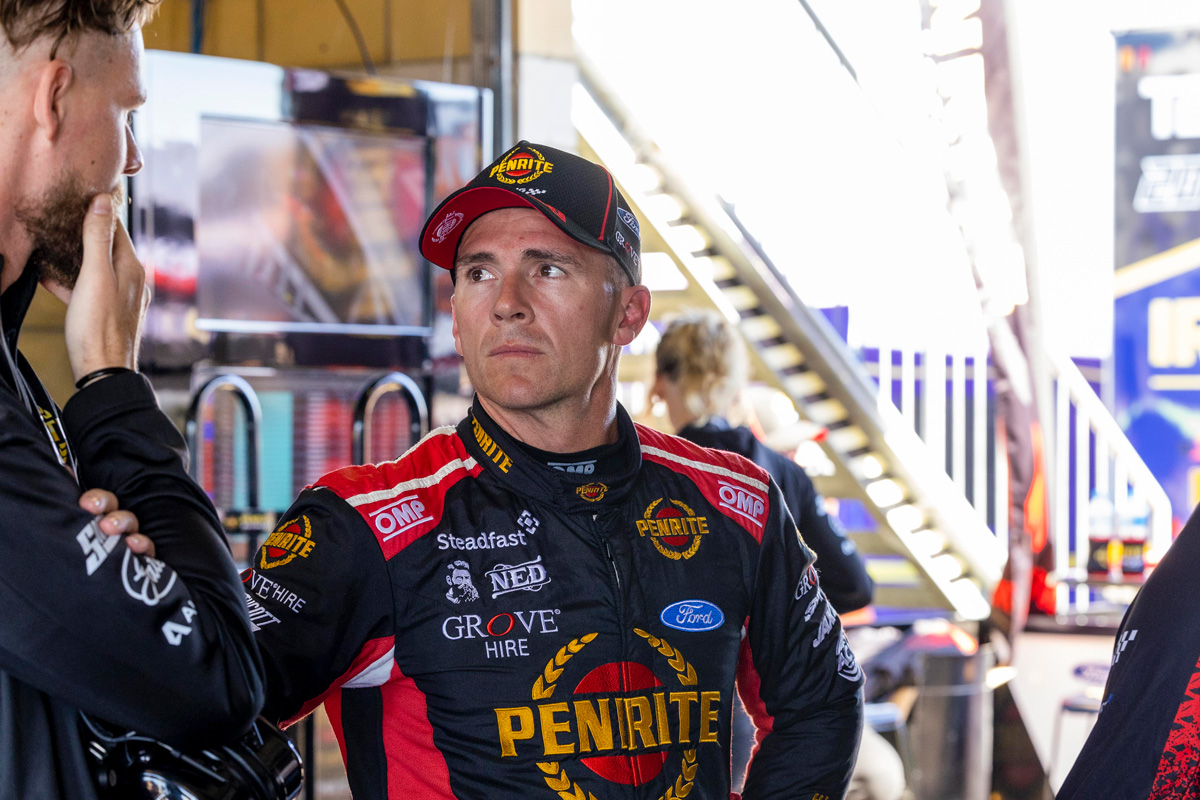 Lee Holdsworth is taking a laidback approach to the uncertainty around whether his Repco Supercars Championship comeback will extend beyond 12 months.

That triumph propelled him back onto the full-time grid with Grove Racing for this season, and already he has a podium to his name amid the Ford team’s excellent run of form.

However, from the time he signed on the dotted line, it’s been no secret that the lifespan of his full-time return could be limited.

Both he and team-mate David Reynolds are off-contract, and team owner Stephen Grove has essentially guaranteed protege Matt Payne a main game seat in 2023.

That makes for a three-into-two situation, at a time when Reynolds has rediscovered his very best.

When asked about his prospects for next year, especially given Grove Racing’s start to this season, Holdsworth told Speedcafe.com: “I’m not thinking about that at the moment.

“It’s early days. I know Matt Payne is firmly in the Grove family and he’s an up-and-coming star so they want to hold onto him.

“I think their plan was to have him in a car next year but we’ll just see what happens.

“With me, I’m not sure, I’ll just continue to try to improve and get results for the team and I think everything will work itself out.”

Holdsworth has been energised by the potential to bow out on his own terms, whenever that may be, and continues to smile about how the tables have turned.

“It’s an unbelievable turnaround from where I was at this time last year,” said the 39-year-old.

“In some ways, what happened to me was a blessing and then in other ways it was very difficult personally and from career-wise it was very tough as well, but obviously now I have got a Bathurst win under my belt and I’m back full-time with a great team.

“This team will soon be one of the best teams in pit lane.”

Grove himself did admit having two known quantities behind the wheel as the team rapidly develops its Penrite Mustangs had been “huge”.

“It’s not to be underestimated old heads and the approach that they bring and the knowledge that we’re getting,” Grove noted, speaking with Speedcafe.com.

“Lee is coming up to speed, it’s taking a bit longer to get used to the car, but his input is helping the whole team, so we have got two really good guys.”

All three of Reynolds, Holdsworth and Payne will be in action this weekend at Wanneroo Raceway, where the main game will be supported by the Dunlop Super2/Super3 Series.

Reynolds meanwhile is ninth in the Supercars Championship, having been fifth prior to his Race 9 mechanical failure, and Holdsworth 15th.