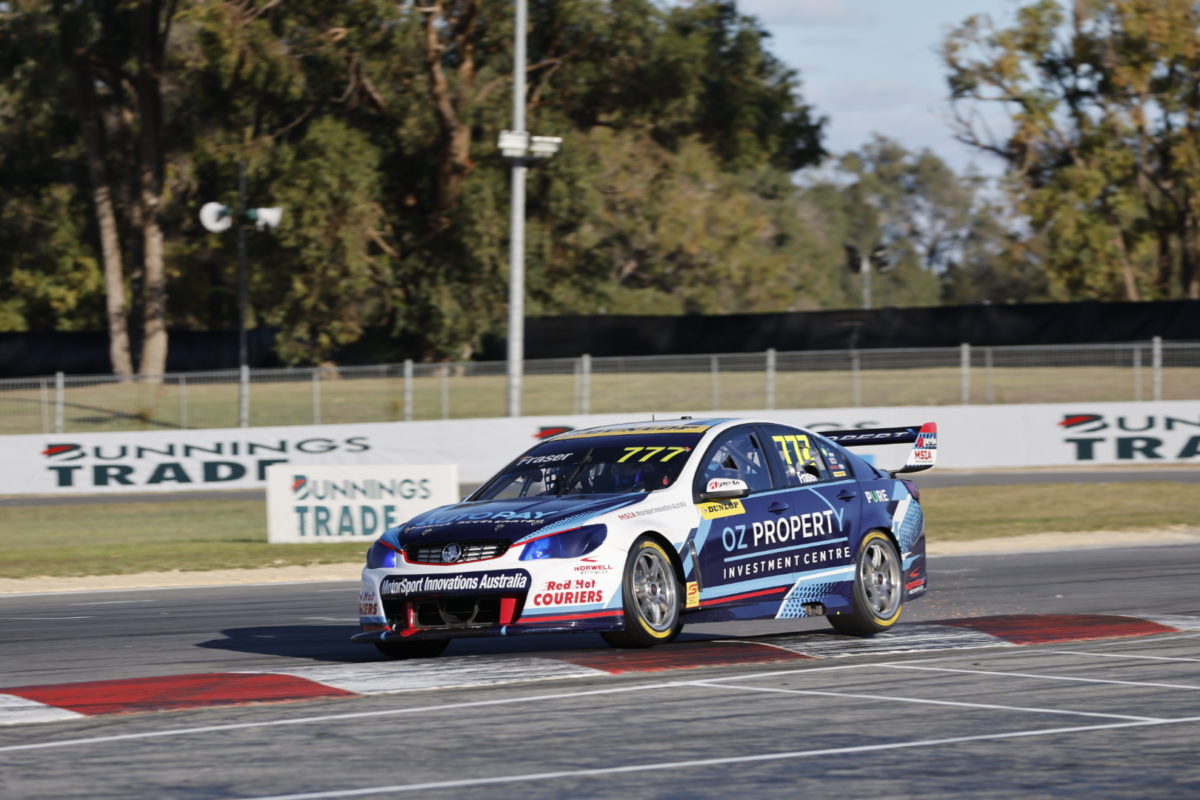 Declan Fraser has led a Triple Eight Race Engineering one-two in Practice 2 for Round 2 of the Dunlop Super2 Series at Perth’s Wanneroo Raceway.

Hill further improved to a 0:56.3093s on his third lap, putting him just ahead of Fraser’s 0:56.3848s, with both of those laps coming just before a brief red flag period.

Fraser punched out a 0:56.1703s on a short run right after the red flag, and then clocked a 0:55.9910s in the 25th minute, as Matt Payne (#10 Grove Racing Nissan Altima) and Practice 1 fast man Matt McLean (#54 Eggleston Motorsport VF Commodore) came close to going quickest.

It was a similar story again in the final minutes, with Fraser setting a 0:55.5466s, and then yet another red flag bringing a slightly premature end to proceedings.

That stoppage, triggered by Nash Morris (#67 Flash Bush Motorsports FGX Falcon) getting stuck in the sand at Turn 1, made for a top three of Fraser, Hill, and MWM’s Thomas Maxwell (#3 Nissan Altima) on a 0:55.6825s.