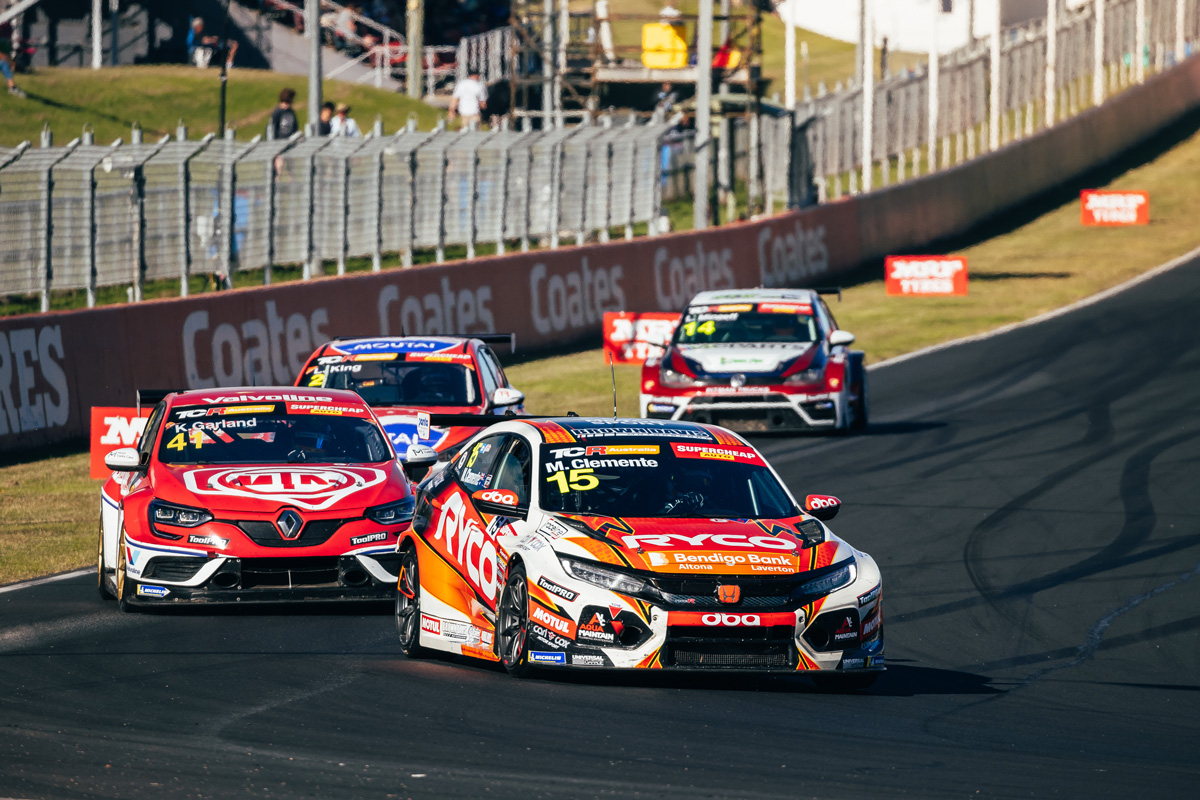 Motorsport Australia will retain the rights to the Supercheap Auto TCR Australia Series through to the end of 2028.

That comes following the announcement of a five-year contract extension between Motorsport Australia and WSC Ltd.

That arrangement is separate to the commercial rights agreement held by the Australian Racing Group, which runs and promotes the hot-hatch category.

Motorsport Australia CEO Eugene Arocca said, “We are very proud of our relationship with Marcello and the entire WSC Ltd team and thrilled to have secured the long-term future of TCR in Australia.

“There is plenty to like about the category and its close racing, along with the ongoing development of these cars and any new models that will begin racing across the globe.

“We are excited to see TCR continue to evolve and grow across the world and look forward to being part of that future success in the years ahead.

“This extension also validates that ARG is doing a terrific job as the current category manager of TCR.

“Matt Braid, along with everyone at ARG, should be applauded for the category’s initial success, particularly with the way they have navigated the pandemic, which has impacted the events in recent years.”

WSC CEO Marcello Lotti remarked, “It’s with great pleasure that we have extended the agreement with Motorsport Australia for a further five years.

“Ever since it started back in 2019, TCR Australia has showed its great potential, and the series has not stopped growing since then.

“We are confident that the category will benefit from this five-year extension to grow even further in the coming seasons.”

“It has been fantastic for Australian Racing Group to partner with Motorsport Australia and WSC in the launch and development of TCR competition in Australia,” he added.

“Despite the COVID challenges of the last two years, TCR Australia has grown to become a highly competitive and exciting category that appeals to local motorsport fans and the global TCR fanbase thanks to the support and professionalism of the teams, drivers and our commercial partners.

“TCR Australia’s on-track entertainment is second-to-none with big name drivers and young up and coming stars driving market-relevant race cars around the best tracks in the country, and we look forward working with Eugene and Marcello and their respective teams at Motorsport Australia and WSC to continue the fantastic growth of the Series.”

Round 4 of the current season takes place at Sydney Motorsport Park on May 27-29, as part of the Shannons Motorsport Australia Championships.

Every race of the Supercheap Auto TCR Australia Series is streamed live and ad-free on Stan Sport.