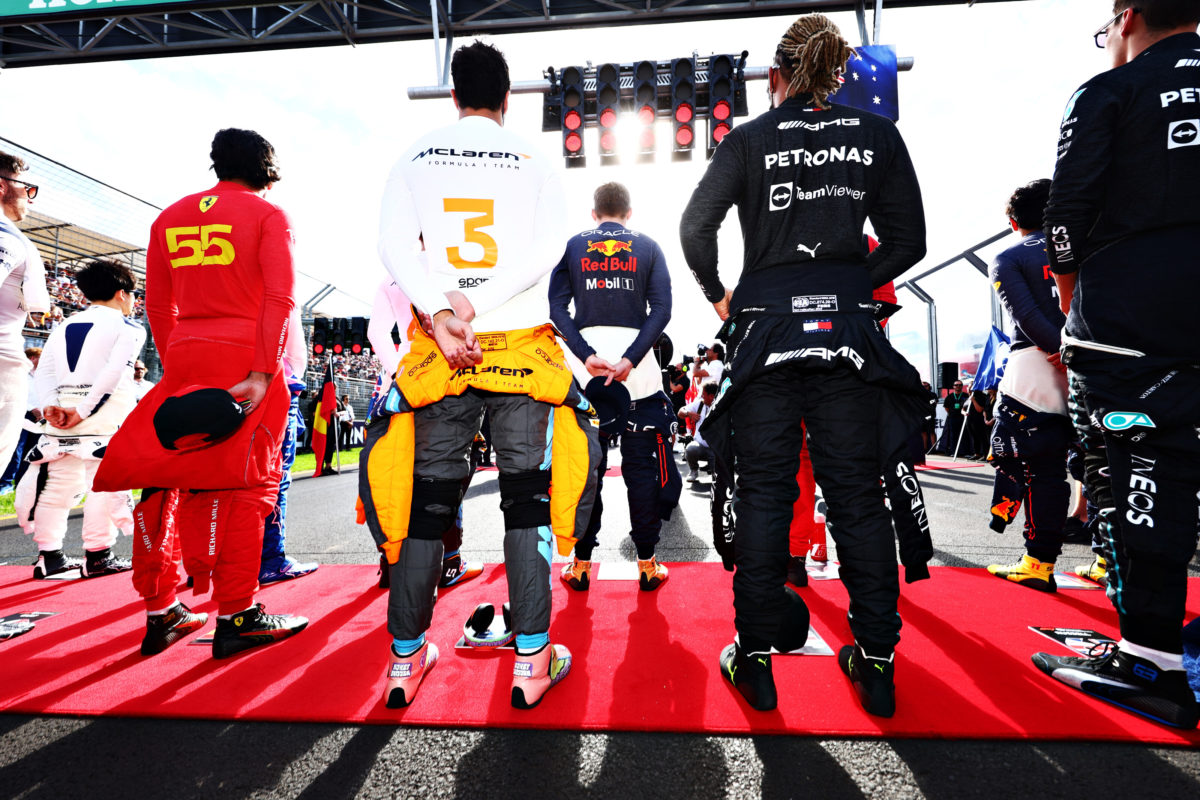 Formula 1 has introduced an abridged weekend format for 2022

Events this year have officially been trimmed from four days to three, with the Thursday media day having been absorbed into Friday morning.

The move comes in an effort to reduce the workload on those within the paddock, though drivers have expressed concern that it has instead had the opposite effect.

Instead, they argue that they are still at the track on a Thursday, completing media commitments, before the FIA’s mandatory session on a Friday morning.

It’s understood the weekend format is one of the issues raised by the Grand Prix Drivers Association in a letter to Formula 1 and the FIA.

“I think it’s more about how we’re doing like the press conferences and the media activities,” Max Verstappen began.

“I think it was better before because now Thursday is very long, which officially is not really a day any more but actually for us it’s the same amount, or even more.

“And even more now on a Friday, where you come in early. I mean, coming in early is not a problem, but your whole day is longer.

“So going to more races, you would like to have a shorter weekend, but actually now, with more races we’re also having longer weekends, or at least more days that we are actually at the track and doing stuff.

“That definitely needs to change.”

“We’re going to need to find a way to kind of control this in a more efficient way.”

“Obviously, what we’ve done is to reduce the load on everyone, but at the same time, it seems that we’ve created more load,” observed Alex Albon on Friday morning in Imola.

“It seems on Fridays, especially right now, we would love to be talking with engineers and getting ready for a very busy weekend.

“But instead, of course we have media duties, which is fine, but then on Thursday we were also pretty busy, and it hasn’t really changed those days.”

“My problem with it is, you go through a lot of interviews in a weekend and it’s hard because you’re answering the exact same question,” agreed Kevin Magnussen.

“Although it’s about the subject that you’re very excited about, that wears off through Thursday and then into Friday it becomes hard to be authentic.”

“The incentive was to make it shorter. It hasn’t worked,” added Sebastian Vettel.

“I think we need to improve, we can improve, and the main thing is you want us [the drivers] to be excited.

“If you have the same questions for an hour, it’s not going to be… I think we’ve all been to the TV and basically, it’s our excitement, I think it’s not as its peak.

“I think we need to find a better way.”

Across a Formula 1 weekend there are mandatory media sessions for drivers to take part in, along with others set up by the teams themselves.

For the most part, the 2022 weekend format has seen teams abandon their Thursday pre-event session in favour of the FIA’s now Friday session.

Previously, teams would run their own Thursday session in addition to that mandated by the FIA.

But while changes to the FIA sessions have been positive, with more drivers grouped together and less sessions, the television aspect remains onerous.

Following a press conference with the print media, drivers head into a pen where they tour through the various broadcasters on site.

The new format has also proved unpopular with journalists, with few if any of Friday’s pre-event comments seeing the light of day owing to the packed schedule.

“You try to of course keep it interesting, to try and word it in a different way, but at the end of the day, you say the same thing.

“What you see in other sports, as well as when they have a press conference that a lot of mics just brought together and actually instead of giving the broadcasters like two questions each they all have basically, whatever, six, eight, 10 questions just in one go.

“I think that’s also way more efficient and nicer for everyone, and it doesn’t matter if you have 20 mics lined up from all different kinds of companies, but you get a lot more out of the drivers.”