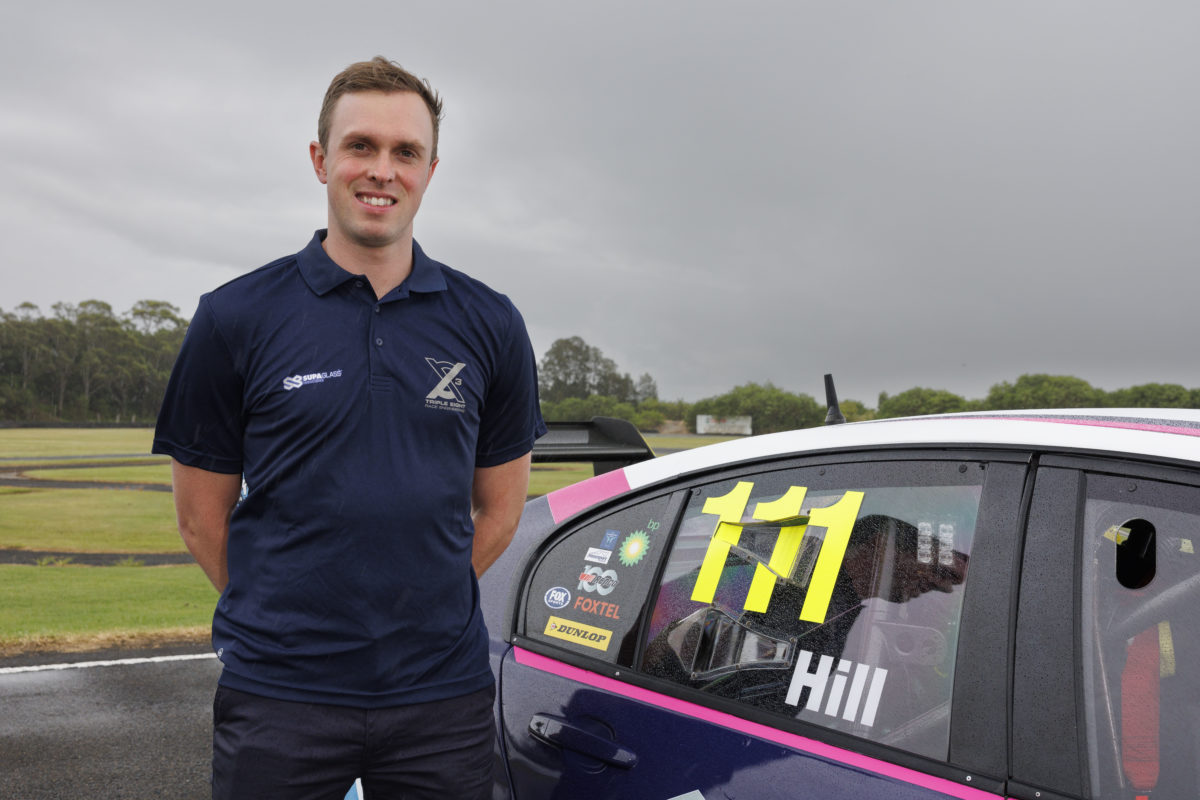 Dunlop Super2 Series rookie Cameron Hill is encouraged by the prospect of a “level playing field” when the competition races in Perth for the first time in three years, this weekend.

The Triple Eight Race Engineering driver has just one Super2 round under his belt, but is “filled … with positive vibes” after winning the Bathurst 6 Hour just over a week ago, in a BMW M2 Competition.

It has been more than seven weeks since he last raced a Supercar, at Sydney Motorsport Park on the first weekend in March, any number of factors mean the experience deficit will be much less in Round 2.

Not only has Super2 not raced at Wanneroo Raceway since 2019, when the surface was still new, and this weekend’s event is the Bunnings Trade Perth SuperNight, meaning track conditions will be different to the norm on yet another level.

“It’s great to have had so much seat time so recently,” said Hill.

“Sometimes you don’t get to drive race cars that often, so to have had a test and race the Bathurst 6 Hour, which was obviously a great weekend for us, has filled me with positive vibes.

“But now I’m ready to get stuck back into the Super2 programme.

“In Sydney, the pace was pretty good and I was pretty happy with that side of things. Obviously, the racing didn’t go to plan, but you can only control what you can control.

“I’m keen for Perth because it’s a level playing field due to Super2 not racing there in recent times, most of the other drivers won’t have had experience at that track just like I haven’t.

“We’re all starting from zero and it’s all about who can hit the ground running, which is something I believe I’ve been pretty good at throughout my career so far.

“Generally, when the conditions are cooler, the track will be quicker. It presents scenarios that you don’t get that often.

“Normally it gets hotter throughout the day and you’re always accounting for that to happen. Going into the evening means the track cools off quite rapidly, and it’s easy to be caught out by the change in conditions.

“Definitely something we will be paying attention to.”

The 2021 Porsche Carrera Cup Australia title winner has not just driven the M2 in the long break since Round 1 of Super2.

He also tested in the #111 VF Commodore Supercar during that period.

“With my engineer Simon Hodge – who is also new to the team as well – we have all sorts of ideas we’ve wanted to try,” explained Hill of the test day.

“It’s great for him and I to get a deeper handle on what I need from the car, and what the car responds to.

“Where we finished the day wasn’t that far away from where we started, but the car was in a place that I was very happy with and we could punch times out consistently.”

Hill is currently only seventh in the Super2 standings after being unloaded by former Triple Eight driver Angelo Mouzouris in Race 2 in Sydney, while team-mate Declan Fraser is two positions ahead.