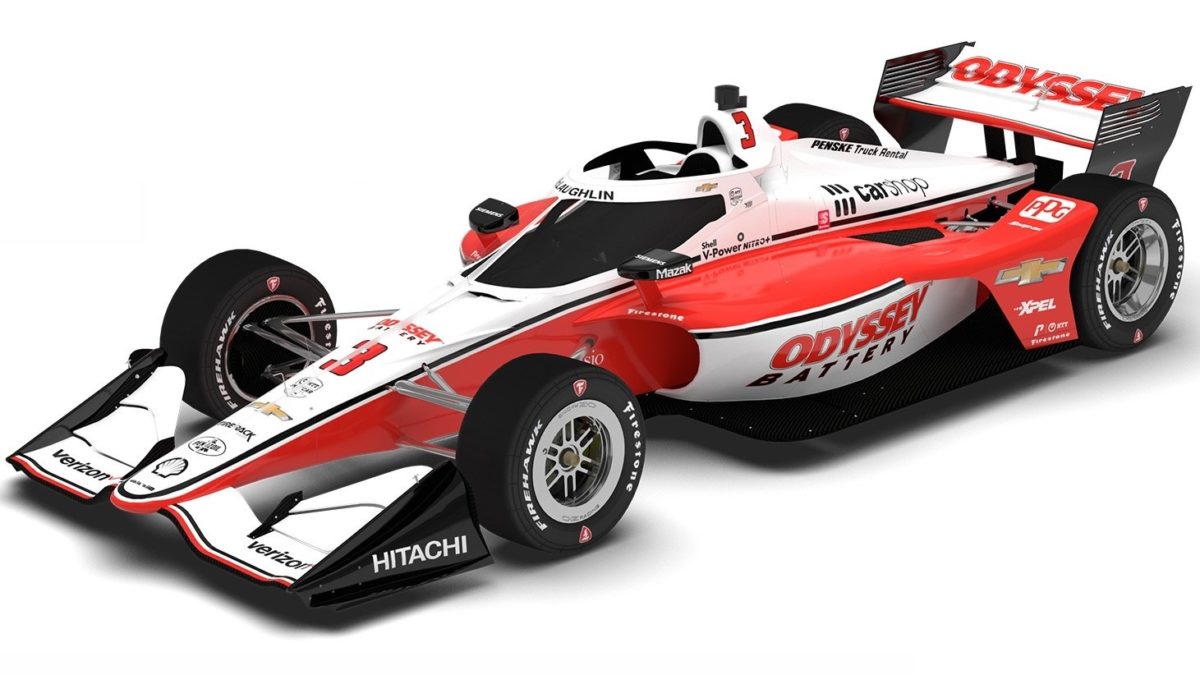 The New Zealander’s car will be decked out in the red and white hues of battery brand Odyssey for “several races” in 2022, starting with July’s Mid-Ohio event.

McLaughlin has gone through four different liveries in three races and testing so far this year, per Penske’s rolling sponsorship model.

Among those are the famous Pennzoil ‘yellow submarine’ look, which he was back in last week in the Open Test for the Indianapolis 500.

For this weekend’s Grand Prix of Alabama, Car #3 is the ‘Sonsio Team Penske’ entry.

McLaughlin will arrive at Barber Motorsports Park in second position in the IndyCar standings, having finished 14th after a mid-race spin last time out at Long Beach.

He got a breakthrough win when the season began on the streets of St Petersburg, and came just a corner shy of going back-to-back, when team-mate Josef Newgarden beat him to the finish line at Texas Motor Speedway by 0.0669s.

The three-time Supercars champion also finished 14th in his only start to date at Barber, in a race which marked the start of his maiden full-time IndyCar campaign last year.