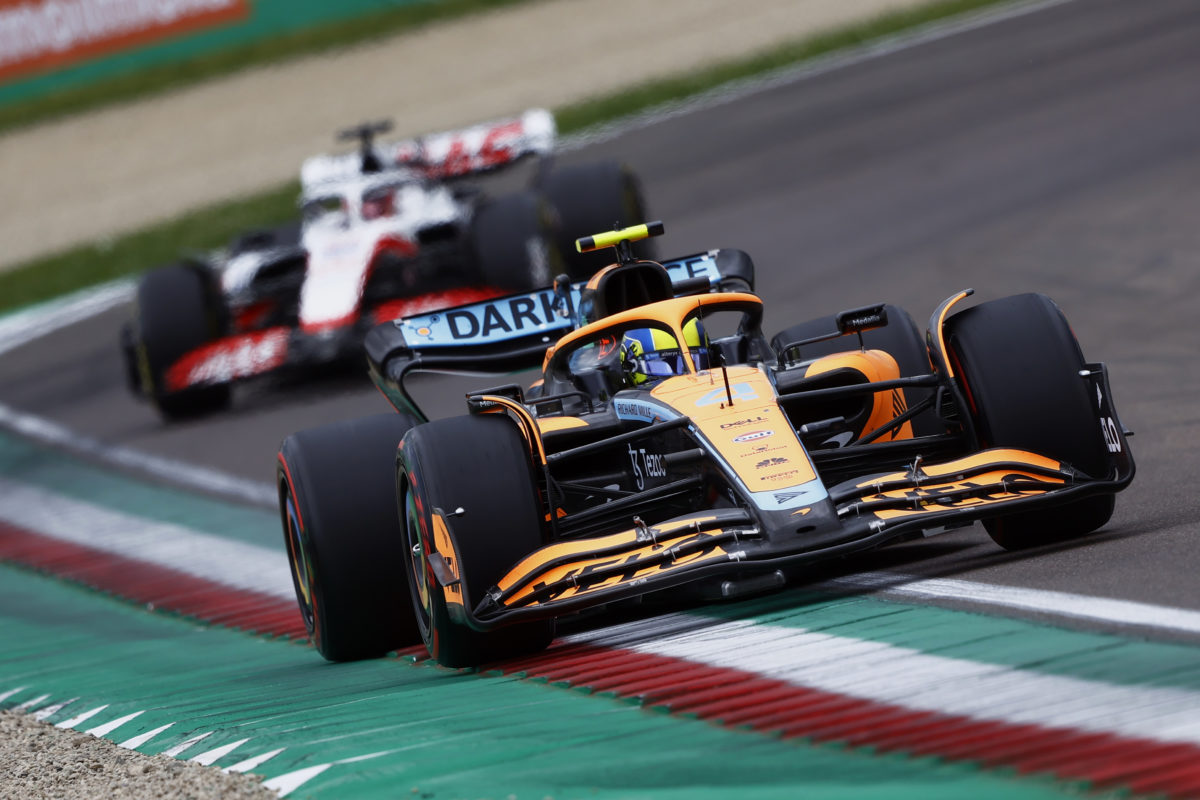 After showing well in the opening pre-season test in Spain, McLaren struggled at the second test when brake issues severely limited its running.

With the opening round of the championship at the same venue only a few days later, it left the team precious little opportunity to overcome the issues.

That was compounded by rivals which had enjoyed productive tests with their new specification cars, leaving McLaren to appear further off the pace than in reality it was.

Saudi Arabia offered an improved showing a week later, when teams had a more even playing field, and there was further improvement at the Australian Grand Prix earlier this month.

Speaking following Sunday’s race in Imola, Seidl was encouraged by his team’s recent run of form, the result of clawing back the time lost during testing.

“But at the same time, if you look at the field where it is, it’s very close between Mercedes, us, Valtteri [Bottas], Kevin [Magnussen], so there’s no comfort in what we have seen now in the last two race weekends.

“It’s great to see for me how the team was dealing with the challenge of the Bahrain race weekend, how everyone stayed calm and united and simply kept their head down, and kept working together as one team through the challenges.

“That was very pleasing to see because of course that was the first real test [of] everything we have put in place over the last two or three years, where the sun was always shining, so I’m very pleased with that.”

McLaren has delivered little in the way of upgrades thus far in 2022.

Its early attentions were drawn away as it worked to resolve the brake issues which hampered it in Bahrain, which Seidl has previously admitted forced his team to shift its focus.

There is, however, a plan in place to deliver upgrades to the car throughout the season, though the German is tight-lipped on where and what those might be.

What has become apparent in the early races, however, is that teams who are able to dial their car into the set-up sweet spot have had a distinct advantage.

A key component to that, rather than bringing updates at this stage of the season, has been simply understanding the all-new package.

It’s why, according to Seidl, the pecking order has been as turbulent as it has been, as teams embark on a race for knowledge as much as grand prix wins, with some making great strides at some events more than others.

“Definitely, we improved our understanding of the car over the last couple of weekends, after we had to play catch up with missing out on all these laps at the test in Bahrain,” he explained.

“We have a clear plan in place of how we will do it,” he continued.

“We have to manage a lot of parameters, like cost cap as well, reduced wind tunnel time, et cetera, but I’m very happy with what I’m seeing the team is doing and how the team is liking that challenge.”

Having left Bahrain without a points to its name, McLaren scored six in Saudi Arabia and 18 in Albert Park.

Last weekend it amassed another 22 largely courtesy of Norris, Daniel Ricciardo having picked up damage on the opening lap to trundle home last, and now finds itself fourth in the constructors’ championship.

Formula 1 next moves to the Miami Grand Prix on May 6-8.