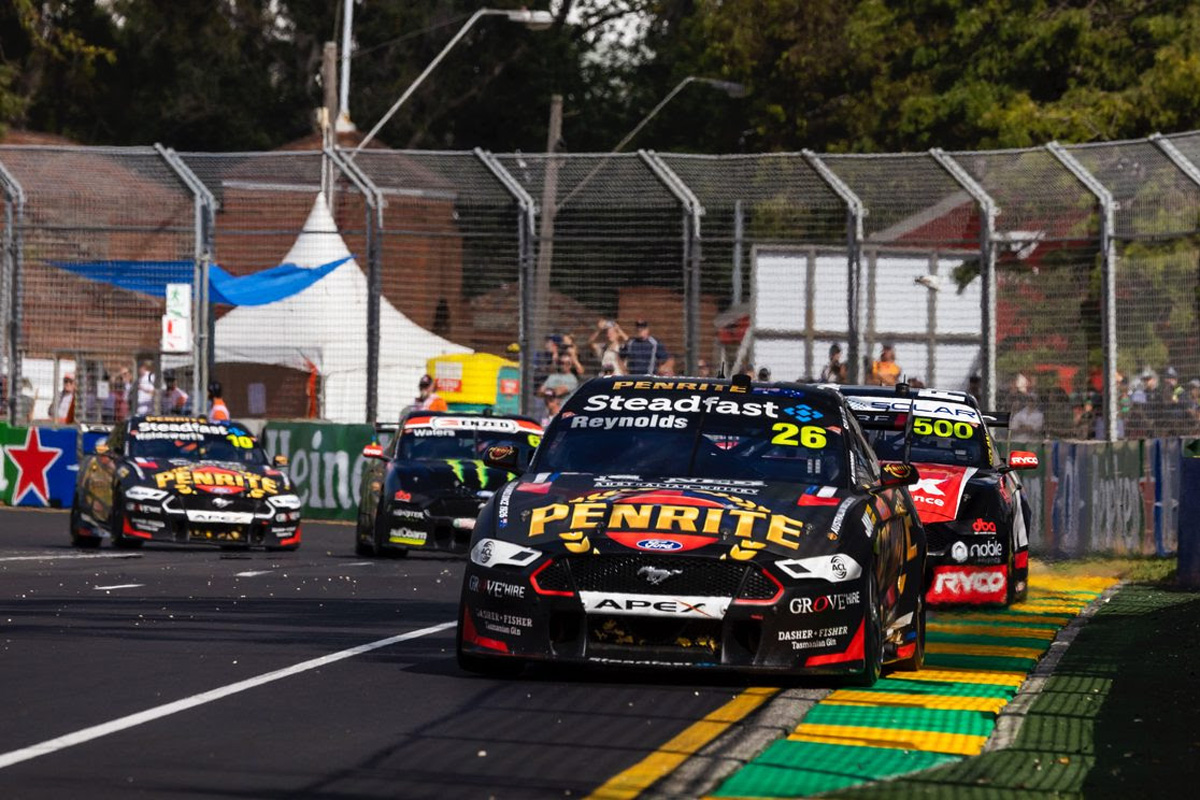 Grove Racing has flagged the debut of further performance parts this weekend which it believes can propel its push up the Repco Supercars Championship pecking order.

After a promising but mostly unrewarding showing at Round 1 in Sydney, the Ford squad has quickly established itself as a force to be reckoned with by notching five podiums across the Symmons Plains and Albert Park events.

David Reynolds has led the charge with four of those podiums, plus a pole position, while team-mate Lee Holdsworth is rapidly getting to grips with the Penrite Mustang package.

Prior to a mechanical failure that forced Reynolds out of Race 9, Grove Racing had leapt to fourth in the teams’ championship – in front of stalwart Blue Oval outfit Tickford Racing.

That’s a stark turnaround from last season, when it was left wanting for dry-weather pace and finished a distant eighth overall.

Upgrades have been key to that rise, with team owner Stephen Grove noting that the team’s rush from Nissan to Ford ahead of the 2020 season under the Kelly Racing banner had left avenues of development untapped.

“We have been working really, really hard at it but the key is not to underestimate how good everybody is here,” Grove told Speedcafe.com.

“We have just been working really hard trying to develop parts.

“We have come from a long way back, they were the last Gen2 cars built, and they were built quite quickly – Todd [Kelly] had to go from Nissan to Mustang.

“So we have really got a performance plan in place.

“We have got more parts coming for Perth which will be substantial, we think. How much performance that gives you is unknown.

“But we’re still not getting ahead of ourselves, it’s just a process now of continuing to build on it and trying to get good results.”

Having originally thought sixth in the teams’ standings was their best realistic hope this year, Grove admits fourth is now a target having made more progress than expected.

“We’re still not happy with where we are. It’s good progress but you look at the other end of pit lane, you look at Triple Eight and how good those guys do things, that’s where we want to be,” he added.

The Supercars season continues this weekend with the Bunnings Trade Perth SuperNight at Wanneroo Raceway.