Imola one of Red Bull’s ‘best ever’ results

Imola one of Red Bull’s ‘best ever’ results 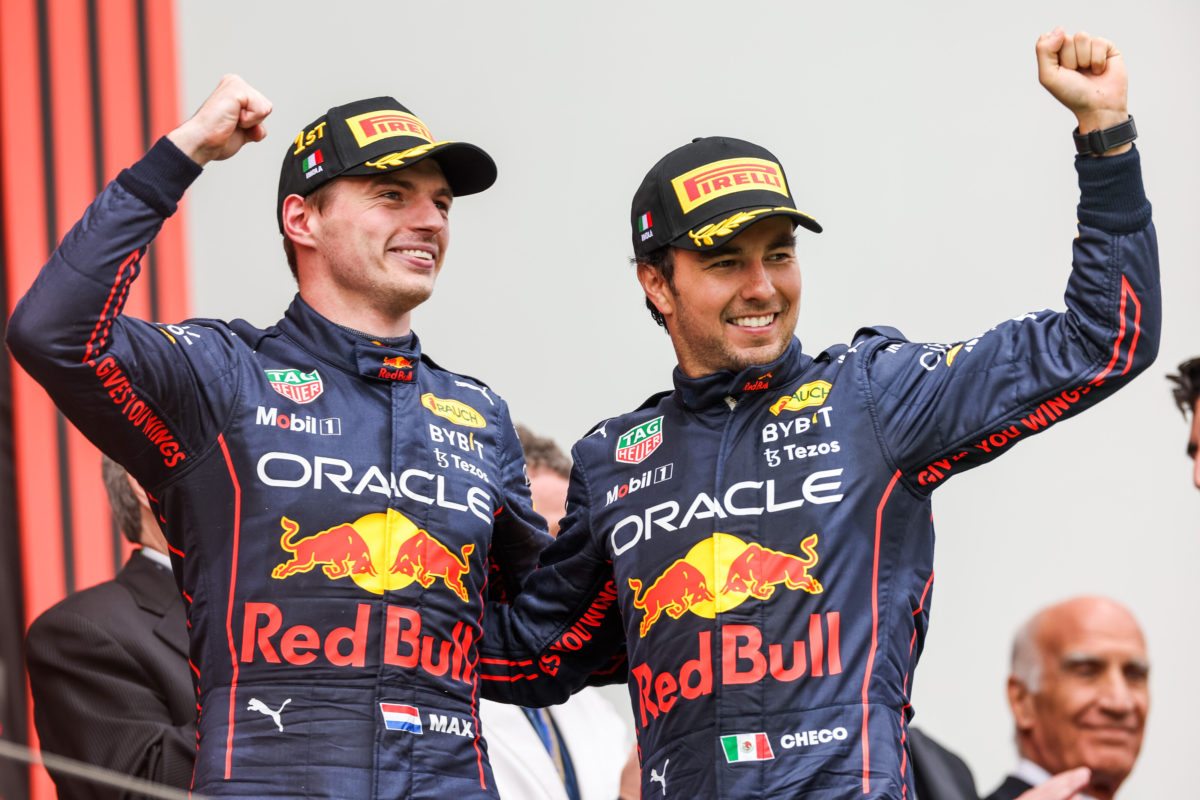 Max Verstappen dominated Sunday’s race, leading from pole position to the chequered flag, and claiming the bonus point for fastest lap in the process.

It followed success in Sprint Qualifying as the Dutchman banked 34 points for his weekend’s work.

Sergio Perez was third to the line on Saturday afternoon, progressing to second on Sunday as Red Bull achieved it’s first one-two finished since 2016.

“It was just the rebound that we needed after the disappointment of Australia a couple of weeks ago,” said team boss Christian Horner.

“Phenomenal team performance because we took a bit of risk coming into the weekend with a couple of small parts we introduced to the car, which is always tricky when you’ve only got one [practice] session.

“But we attacked the weekend from the word go, and both drivers have been unbelievable.”

Imola marked the first Sprint weekend of the season, with rules introduced this season affording eight points to the driver who finishes first in that session.

Combined with its haul from the grand prix itself, Red Bull scored 58 of a possible 59 points from the weekend, a result which has moved it to within 11 points of Ferrari in the constructors’ championship.

“All credit to the team,” Horner added.

“Brilliant pitstop strategy [on Sunday], but also back in the factory in Milton Keynes – the hard effort and work, and obviously picking ourselves up from the disappointment of Australia, to come back with a result like that here in Imola was one of our best ever results.”

While Red Bull brought with it a handful of upgrades last weekend, Horner suggests key to its success was getting the tyres into their operating window.

Conditions across the weekend were difficult, with a damp and drying track on Friday followed by sunshine on Saturday.

The weather then deteriorated on Sunday with the circuit wet for the start of the grand prix, drying as the race wore on.

“As we saw in Melbourne, the tyres, there’s an operating window,” Horner said.

“With Imola, the setup this weekend, we got it right. We could see that Charles [Leclerc] was struggling a little bit more with the front tyres here than we were.

“That just gave us the upper hand and I think Max was able to manage the race perfectly, Checo was able to build a gap to Charles and manage that gap.

“At no point did we, other than one trip across the grass with Checo, did we really come under too much pressure.”

Ferrari continues to lead the constructors’ championship with 124 points from the opening four races of the season.

F1 heads next to the United States and the inaugural Miami Grand Prix on May 6-8.