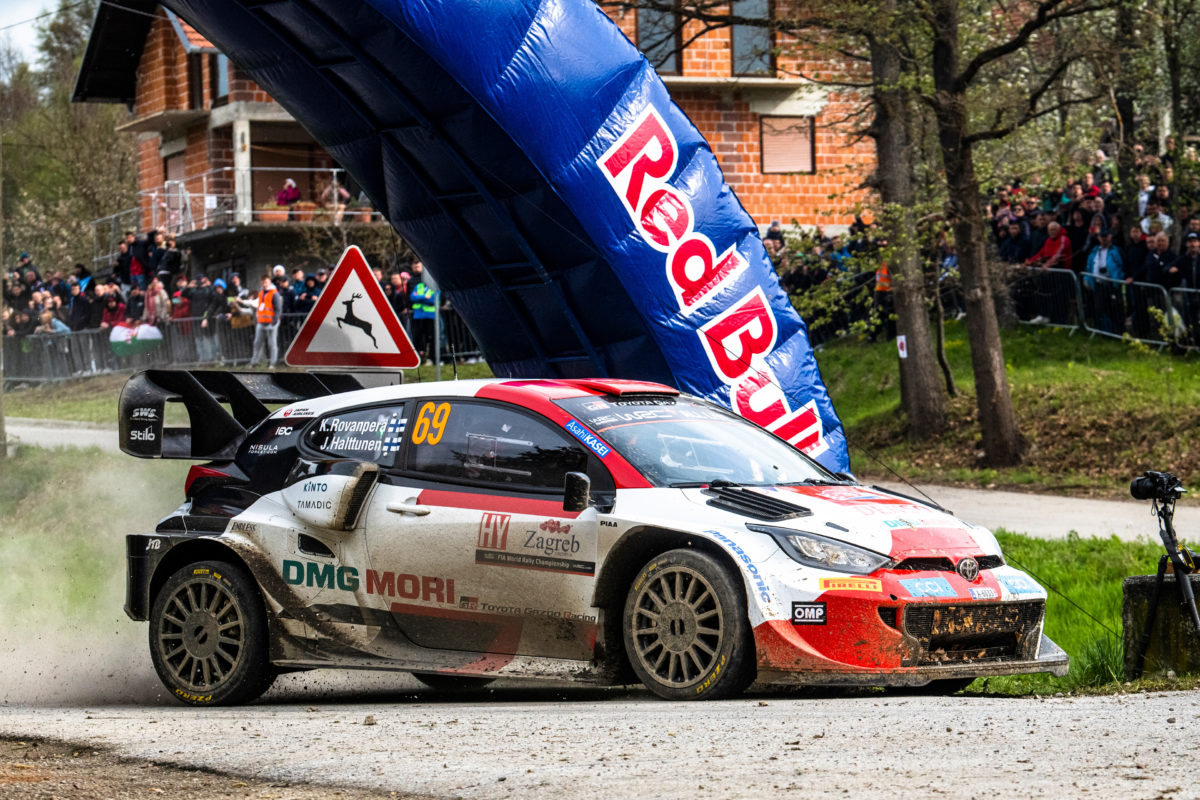 Kalle Rovanpera has extended his World Rally Championship lead with a last-stage comeback victory in the Croatia Rally.

The Toyota driver prevailed by 4.3s over Ott Tanak after 20 timed tests, having trailed by 1.4s on the way into the event-ending Power Stage.

Rovanpera led the rally by as much as 1:23.3s after taking out six of the eight Friday stages, but lost most of that margin due to a puncture on a wet Saturday morning loop.

Still, he had 19.9s up his sleeve at the start of the day, only for a storm in the penultimate stage to turn the situation on its head.

Tanak had opted for softer tyres on his Hyundai, and seized the initiative ahead of the Power Stage, on which drivers would have to navigate a muddy surface.

However, Rovanpera was anything but cautious on that last, 14.09km test, stealing not only the rally victory but also the five bonus points for topping the stage.

“I was sure we could not be so fast with these tyres, but it’s amazing,” said Rovanpera.

“We pushed really hard and I think we deserve it this weekend. For sure, it was the toughest win of my career.”

Tanak remarked, “I didn’t take any risks, but Kalle obviously did a good drive.

“We were fighting for the win, but only because of clever decisions and tyre choices.”

Thierry Neuville made it two Hyundais in the overall top three, on a dramatic weekend for the Belgian.

He was second to Rovanpera at the end of the Friday morning loop before a 40-second penalty came for a late check-in due to an alternator failure, when he and his co-driver Martijn Wydaeghe pushed the #11 i20 N into service.

A further one-minute penalty, plus a fine and public service sanction, followed when it came to light that Neuville had driven at nearly twice the speed limit on a road section as he tried to make up for the alternator troubles.

Then, he copped another 10-second penalty when a hybrid issue meant he was late to leave service.

Still he overtook Craig Breen on the final day, and stayed ahead of the M-Sport Ford driver despite hitting a bank and nearly rolling on the Power Stage.

Rovanpera leads the drivers’ championship by 29 points, with Neuville second, from Breen and Sebastien Loeb, who is set to return in Round 4 after contesting the Monte-Carlo event with M-Sport Ford.

Toyota is 42 points to the good in the manufacturers’ championship, ahead of Hyundai, M-Sport Ford, and the Toyota ‘NG’ (‘Next Generation’) squad with which Katsuta is entered.