POLL: Who will be crowned MotoGP champion in 2022?

POLL: Who will be crowned MotoGP champion in 2022? 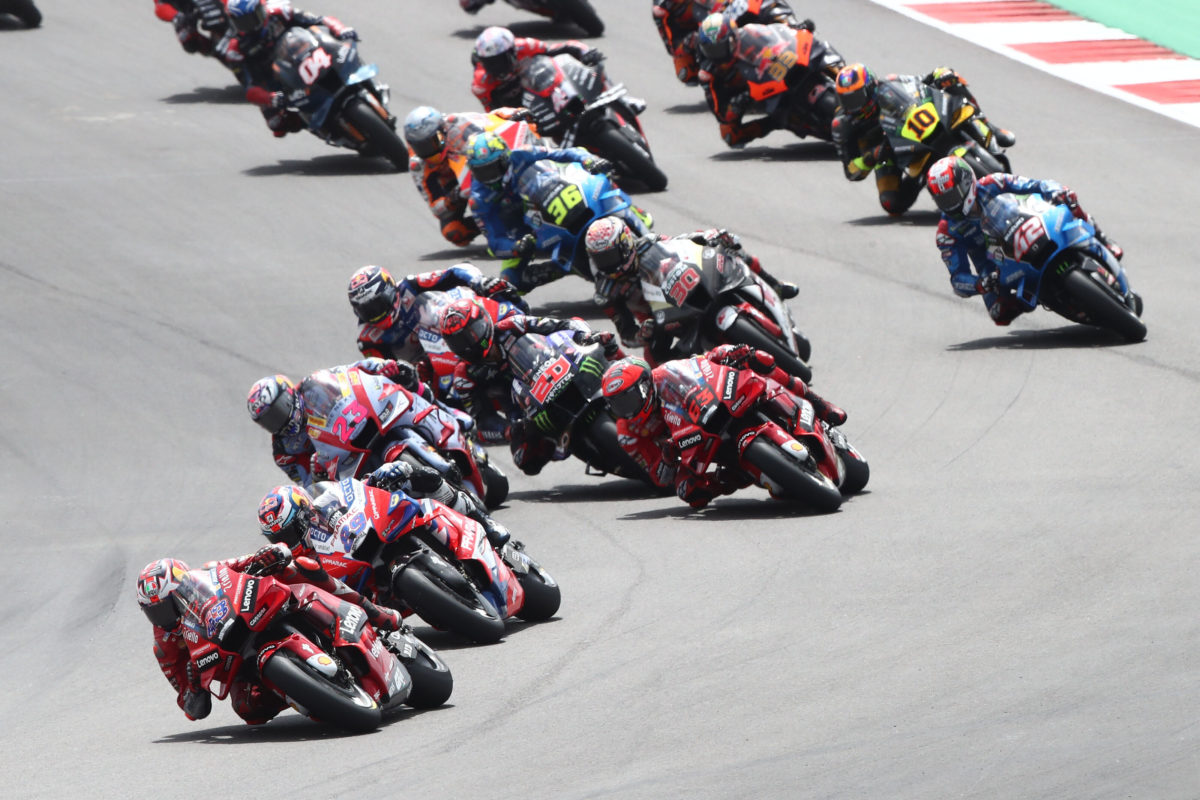 With four different victors in five races so far this year, we ask who you think will win the 2022 MotoGP riders’ championship, in this week’s Pirtek Poll.

Fabio Quartararo is now, theoretically, on for back-to-back titles after his romp at the Portuguese Grand Prix elevated the Yamaha rider to the top of the points table.

However, the state of play is far from as clear as that.

For starters, Quartararo leads the championship only on a countback, as the Frenchman is tied on points with Suzuki’s Alex Rins.

The latter is yet to win a race this year, evoking memories of team-mate Joan Mir’s 2020 title run, when his maiden grand prix victory came in the round before he sealed the crown.

Mir still has just the one race win in his MotoGP career, but three other riders, in addition to Quartararo, can say they have stood on the top step of a podium so far in 2022.

Gresini Racing’s Enea Bastianini won Round 1 at Lusail and Round 4 at the Circuit of The Americas, KTM’s Miguel Oliveira prevailed at a wet Mandalika, and Aleix Espargaro created history at Termas de Rio Hondo with Aprilia’s first ever premier class victory.

Furthermore, there have been three championship lead changes so far, with Bastianini retaining top spot in Indonesia, losing it to Espargaro in Argentina, then reclaiming it in the United States, before Quartararo and Rins usurped him last time out.

However, had Espargaro managed to convert late pressure into a pass on Johann Zarco at Portimao, he would have finished second, and left Portugal with 70 points compared to Quartararo’s and Rins’ 69 apiece.

Instead, he is on 66 points, Bastianini remains on 61, Pramac Racing’s Zarco has 51, and Mir is also within a race of the championship lead, in a season which saw nine different podium finishers from a possible nine through the first three rounds.

Who will eventually break free from the pack, if anyone? Such are the fine margins this year that the riders’ championship title may well only be sealed at Valencia in November.

Quartararo appears to be riding above his Yamaha, but the YZR-M1 has a serious horsepower deficit which cannot be solved in-season given the engine has already been homologated.

Suzuki’s Rins and Mir are in the picture, but is the Aprilia good enough yet for Espargaro to mount a genuine attack on the title, and will Bastianini’s GP21-spec Ducati still be good enough at the end of the year?

Is Johann Zarco, the somewhat surprising front-runner of the quintet on new Desmosedicis, himself good enough to keep pace in the points race, and what of factory Ducati riders Jack Miller and Francesco Bagnaia?

The GP22 certainly has question marks, but Miller has started 2022 with the inconsistency which he has become infamous for, and his tally of 31 points matches that of pre-season favourite Bagnaia.

They are officially ninth and 10th in the standings, with Marc Marquez 11th in what is, in actual fact, a three-way tie on the cusp of the top 10.

Marquez is still trying to fully come to terms with a radically redeveloped Honda, but has a solid points haul for someone who has already missed two races due to concussion/diplopia.

If anyone can make up a 38-point deficit in 16 races, then it must be the six-time premier class champion, but will he?

Pramac’s Jorge Martin is a disappointing 13th in the championship after yet another unforced error at Portimao, and works Yamaha rider Franco Morbidelli, whose previous season was heavily affected by injury, looks highly unlikely to repeat the heroics of 2020 when he ended up runner-up on an old YZR-M1.

Who will it be that wins the 2022 MotoGP riders’ championship? Cast your vote in this week’s Pirtek Poll.