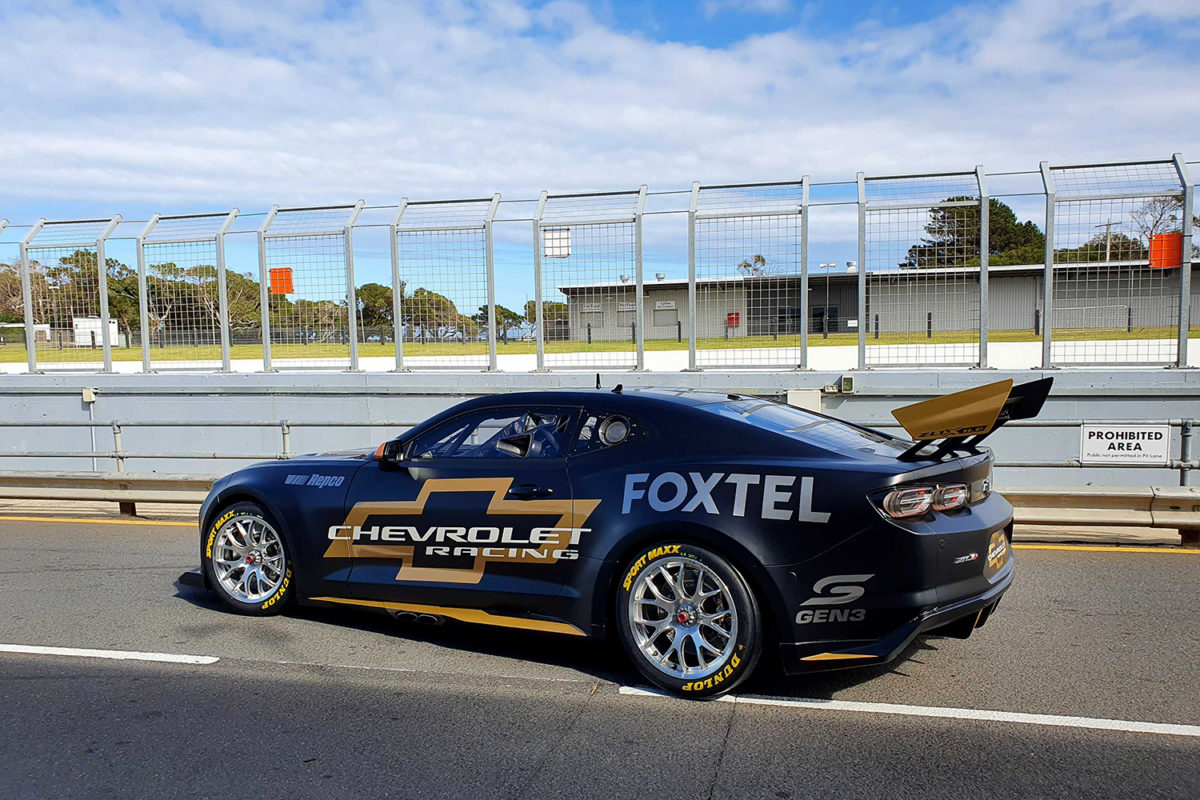 Supercars is set to move away from its old school, dual probe ‘red head’ refuelling system to a contemporary single probe set-up with Gen3.

The incumbent set-up has two individual nozzles; one fuel outlet and one breather.

However, the new set-up contains both the outlet and breather in one self-containing probe.

The move brings Supercars closer in line with other top-line categories the world over.

“We’ve taken the opportunity to go to what we consider a safer device than the old red head, which has been around since God was a boy,” the championship’s head of motorsport, Adrian Burgess, explained.

“This is a proper motorsport refuelling connector and it’s been proven globally around the world to be efficient and safe.

“We’re taking a step forward in terms of safety or best practice. They’re not cheap, but it’s a nicely engineered piece of kit.

“The old system we’ve had has been around a long, long time. It looks old. We’re trying to make sure we put the right safety features in the car and this is one of those.”

The introduction of the new-look Ford Mustang and all-new Chevrolet Camaro will see the fuel inlet repositioned from the rear quarter to the quarter glass (pictured above).

With the fuel inlet taking that spot, the air spike has subsequently moved further forward to above the front wheel.

As such, there will be procedural changes during pit stops for the fuel refillers and air spike operator.

Although the positioning of pit crews will be different, Supercars head of motorsport Adrian Burgess does not foresee any problems.

“We’re not worried about where it is in relation to the driver because it’s in the rear compartment and there’s a bulkhead there,” Burgess told Speedcafe.com.

“There’s no safety risk from our point of view. Where we’ve got it in the window is really the simplest place to put it car-to-car so it’s relative. It’s on the angle that we sort of need.

“The rear quarter shape with the two-door compared to the current [Gen2] car is significantly different. If we try to package it in the rear quarter, it would be a lot harder to get it in with this shape of car. It makes sense to put it where we’ve got it.

“We haven’t done pit stop practice with it yet, but where it is in relation to the wheel and where the spike will be, I think it’s fine,” he added.

“It won’t be too congested. At the moment, you’ve got the spike very close to the rear wheel and then the fuel is on the other side of the rear wheel. The spike is going to be further forward in the car. It’s going to be in front of the door.

“I think we’ve got those key roles spread out as far as we can down the side of the car. We don’t know yet, but we think we’ll be fine.”