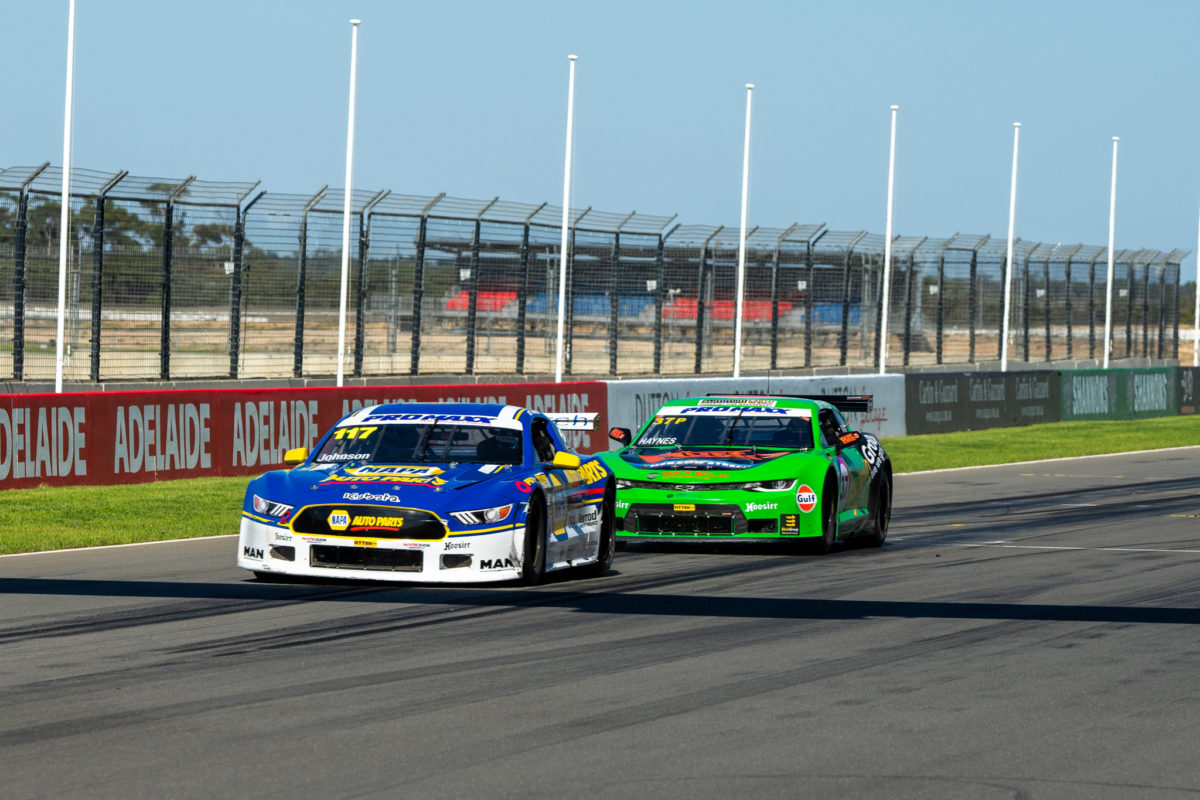 The third-generation racer headed to South Australia as the effective series leader given Nash Morris, to whom he finished second in all four races in Round 1, opted to sit out the weekend to focus on the Dunlop Super2 Series.

Johnson still hardly had it his own way in Round 2, but brought up yet another milestone in his fledgling career.

He had won races, and his first car racing title, in TA2 competition last year, but that was in the Northern Series which was put on due to COVID-related border closures.

At The Bend, the Queenslander opened his account as far as national level victories are concerned with a commanding, four-second triumph in Race 4.

He had qualified on PWR Pole Position but dropped to third at the start of Race 1 before ceding another position, to Dylan Thomas, with a small error on Lap 3.

John McLaughlin prevailed then and also won Race 2, by a narrow margin over Josh Haynes, Thomas, Johnson and Aaron Tebb.

Johnson led the bulk of Race 3 but, under pressure from Haynes, ran a little deep at the second-last corner of the contest and lost top spot.

That represented rookie Haynes’ first TA2 race win, with Thomas third, from McLaughlin and Zach Loscialpo, before Johnson turned the tables in Race 4.

Still, second place in that final hit-out of the weekend gave Haynes round honours, with Thomas, McLaughlin, and Loscialpo repeating their results from the preceding race.

Johnson, who now heads the series by a 38-point margin to Loscialpo, said, “The last race felt like a bit of redemption.

“It’s been an unreal weekend, the racing has been awesome and all we needed was to bank points and keep things straight so I’m pretty happy with our performance leaving here.

“I’m really happy with how the weekend went and we’re already looking forward to the next round at Winton.”

Haynes said, “This place is unreal, just to be here and come all this way and learn the track, but to come away with the round win it’s been incredible.

“I can’t thank the team enough, there have been a lot of hard yards over the past couple of months to be here, so really happy to reward them with this result.”

Winton is the scene of Round 3 of the TA2 series, on June 10-12, but Johnson will also be in action in his Ford Mustang when the Turtle Wax Trans Am Series continues at Sydney Motorsport Park on May 27-29.