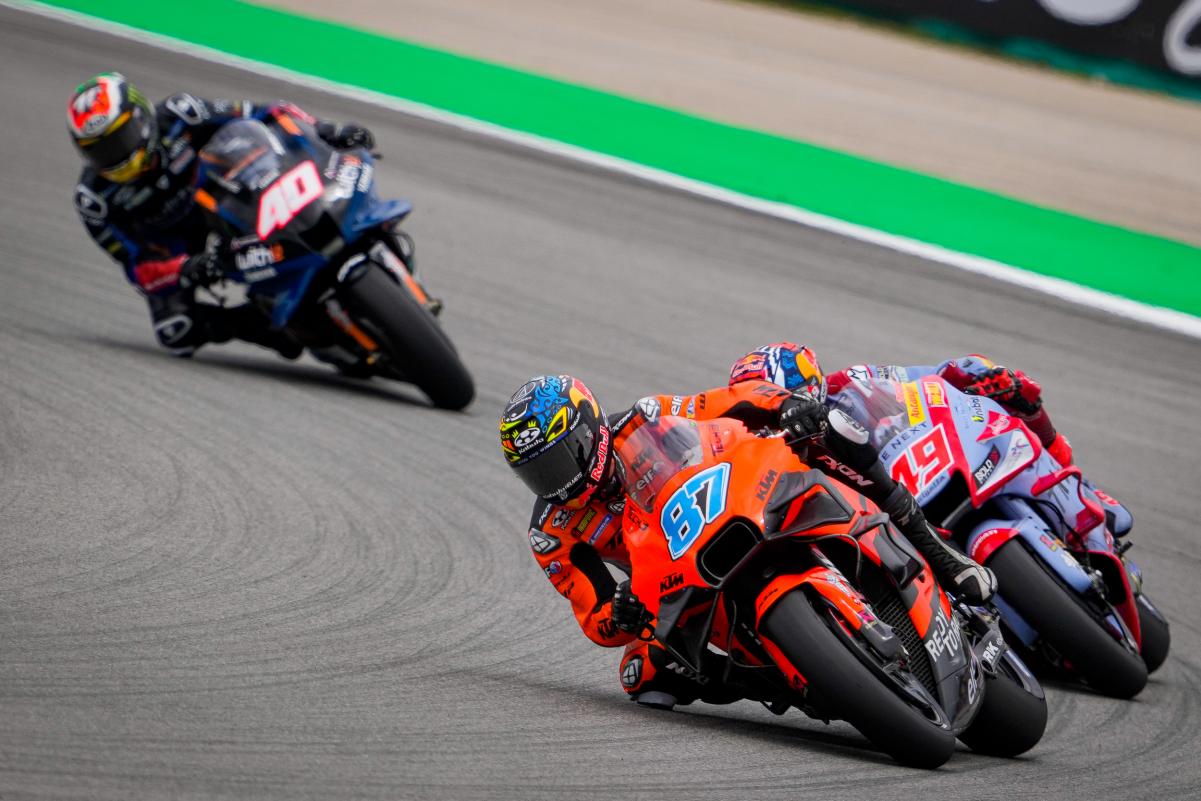 Tech3 KTM’s Remy Gardner has been left with mixed feelings despite a new personal best MotoGP result in the Portuguese Grand Prix.

The 2021 Moto2 world champion finished 14th at Portimao, marking just the second time he has scored points in the premier class after getting home 15th in Round 1 at Lusail.

However, Gardner, who had said recently that his rookie season had thus far been “a big slap in the face”, felt he could have finished even higher in Portugal if not for a poor start.

“I did not get a good start and found myself last at the first corner, but I managed to recover quickly,” recounted the Sydney-born rider.

“It is unfortunate because once I passed both Marco Bezzecchi [on Lap 9] and Fabio Di Giannantonio [on Lap 6], I started to have a decent pace, but by that time the group ahead had made a consequent gap already.

“It is a bit of a shame because, halfway through the race, we had a decent pace so I think that I could have aimed for a top 10.”

On a weekend when no one got onto slicks until Qualifying 1, at which point Gardner crashed on a wet patch, the grand prix result meant he tripled his career MotoGP points tally to three.

He remains 22nd in the championship, just ahead of all of those who are still scoreless.

“I feel positive about today,” added the 24-year-old.

“I scored two points, although some riders crashed, but it is still two points in the bag after a hectic weekend here in Portugal.

Tech3 team manager Herve Poncharal said, “Very happy to finally be back in the points with Remy Gardner.

“It has been a difficult weekend for the entire MotoGP class in tough weather conditions.

“If we forget about the Q1 crash which was understandable, Remy had a great weekend here in Portugal and did what we expect from a rookie: do as many laps as possible, continue to push, keep the never-give up attitude, and try to learn as much as he can as the race weekends go on.

“His start to the race was not great, but he kept his focus and overtook a few riders to find himself quickly in front of all the other rookies.

“Of course, some riders did not finish the race and it made us finish in the points with P14, our best result so far this season in MotoGP. Remy is the best rookie of the weekend, and this was our target.

“Marco Bezzecchi started from the second row, but Remy was able to catch him, overtake him, and create a six-second gap with him, which is something that we can be proud of.”

Tech3 KTM Factory Racing’s other rider, Raul Fernandez, did not take the start after being declared unfit as a result of a crash of his own in qualifying.

The team is confident he will be back for the Spanish Grand Prix, for which practice starts this Friday.