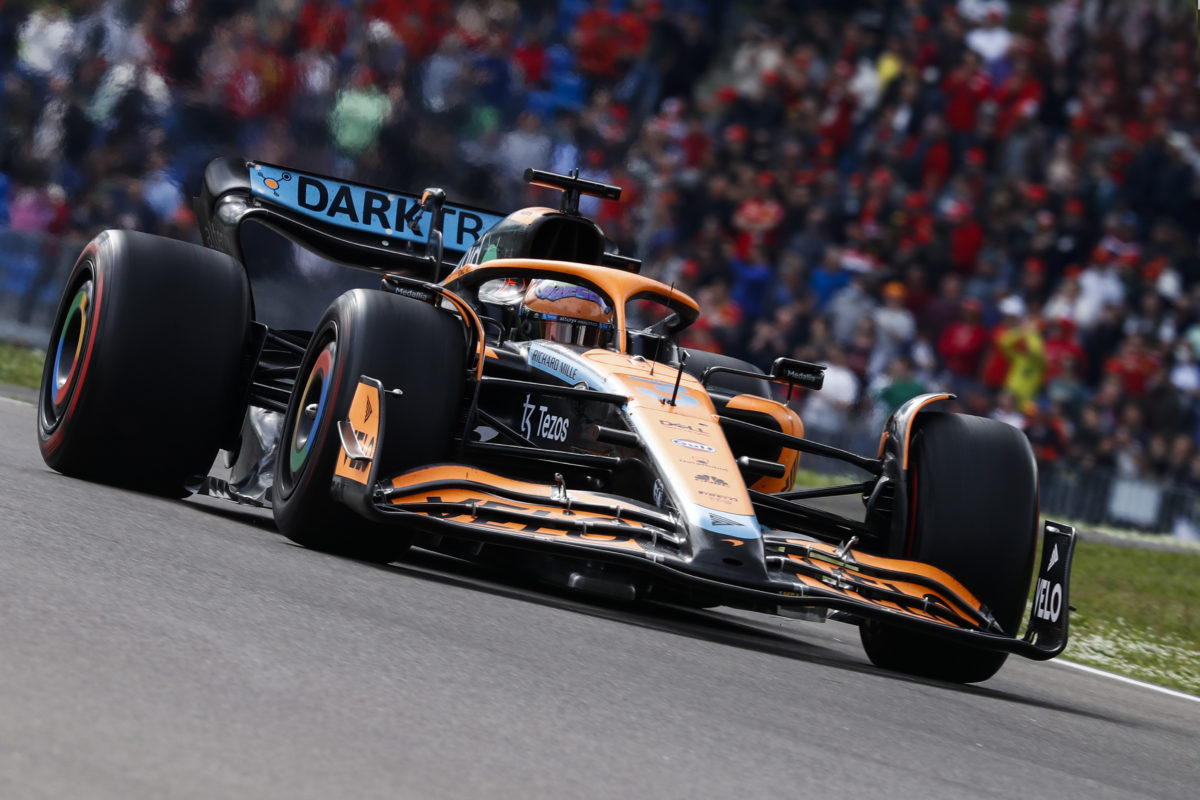 Damage to the diffuser on Daniel Ricciardo’s car compromised the Australian from the outset in the Formula 1 Emilia Romagna Grand Prix.

The Australian was embroiled in a scuffle as the field negotiated the Variante Tamburello on the opening lap; tagged by Valtteri Bottas and in turn pitching Carlos Sainz into what proved to be a race-ending spin.

It was a clash that dropped Ricciardo to the rear of the field, a position from which he would never recover as he finished the race 18th and last.

“Disappointing for him, for us, because he had great pace as well,” McLaren boss Andreas Seidl said.

“All weekend he felt comfortable in the car as well.

“Unfortunately, with the racing incident in the first lap, after the damage the car had on the rear diffuser from the hit he got from the back, I think from one of the Alfa Romeos, was not a lot more he could actually do in the race.”

McLaren did use Ricciardo as something of a guinea pig, pitting him on Lap 18 in drying conditions to swap him onto slick tyres.

Immediately his pace increased, triggering a flurry of activity in the lane over the next two laps as teams responded.

He stopped again later in the race, swapping to the hard compound tyres amid concerns the mediums may not go the distance, but it failed to net any gains.

“We still tried to do an offset strategy, then going on the hards, because he was last anyway, but there was no opportunities coming up to do anything,” Seidl explained.

Ricciardo’s plight came in stark contrast to that of Lando Norris, who scored the team’s first podium of the season.

It was also a result which came against the current run of form the squad has enjoyed, with its cars finishing fifth and sixth in Saturday’s Sprint Qualifying.

Combined with Norris’ third in the race, McLaren left Imola with a healthy 22 points in the constructors’ championship.

That moves it into a clear fourth in that battle, 21 points clear of Alfa Romeo Sauber but 31 down on Mercedes.

“We haven’t forgotten where we have been in Bahrain,” Seidl noted.

“Great motivation for the entire team to keep working hard in order to close this performance gap further to the Red Bull and the Ferraris.”

Formula 1 next moves to the Miami Grand Prix, an all-new event, on May 6-8.