Chastain claims victory in a wild finish at Talladega

Chastain claims victory in a wild finish at Talladega 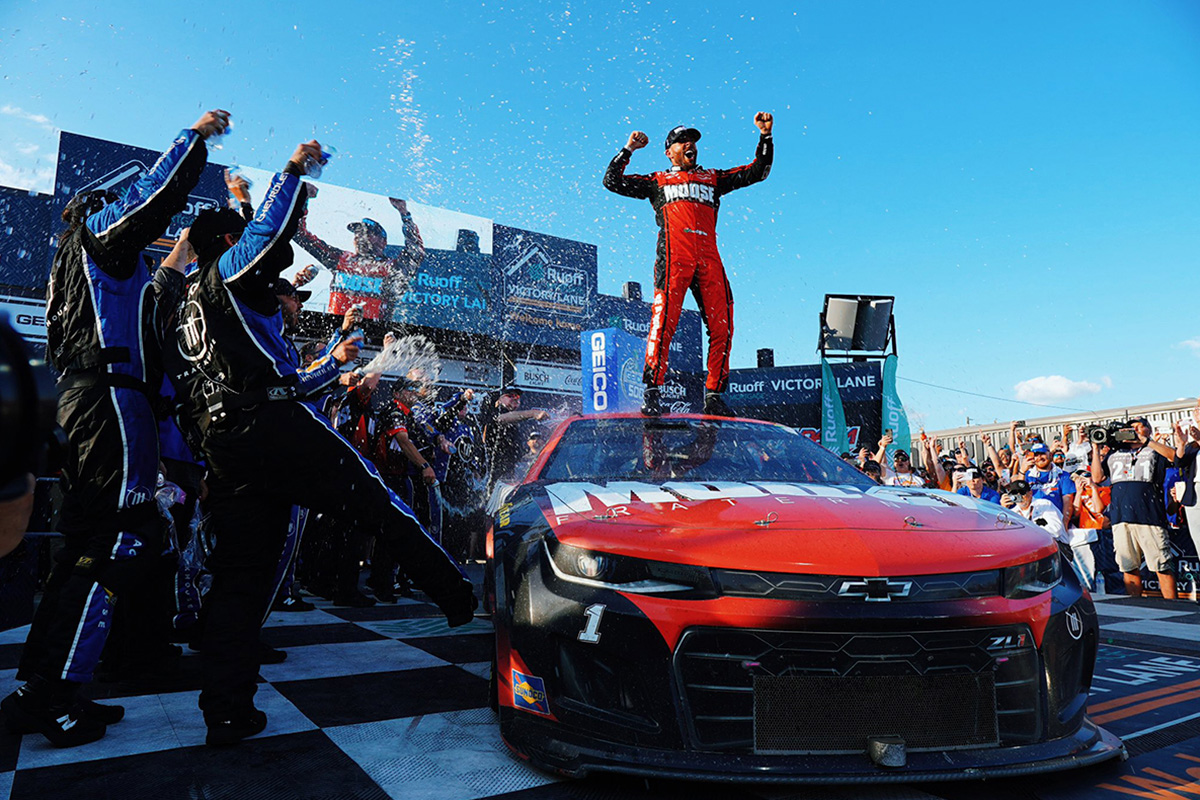 Ross Chastain led ‘the only lap that counts’ and has claimed his second victory of the year in a wild finish at Talladega Superspeedway in the NASCAR Cup Series.

With no practice sessions, it was the first time the next-gen cars had taken to the track in drafting form at Talladega.

After the Toyotas dominated qualifying, the field did not lack aggression at the drop of the green flag, with more than 40 lead changes throughout the race.

Stage 1 ended under caution, as Daniel Hemric lost an engine in the middle of the pack, which collected Chase Briscoe and Chris Buescher in a hard crash.

Stage 2 had its troubles as well, after the field stacked up, Joey Logano was turned into the outside wall and went back down the track to collect nine other cars in a big crash.

The field stayed aggressive in the closing laps, racing two- and three-wide throughout the final stage.

Erik Jones’ #43 led the pack to the white flag, but Chastain was able to make it through a gap on the front stretch and win.

“Holy cow! I’m always the one going to the top too early and making a mistake… and I was like, I’ll just try the bottom if it works, I’m not gonna lose the race for them,” Chastain said after smashing his trademark watermelon in victory lane.

“They kept going up, and they kept just moving out of the way!”

Erik Jones was left ruing his decision to go high and block Kyle Larson’s run on the final lap.

“I had an idea of the momentum that Chastain had,” Jones said.

“Coming there to that last lap, they were single file, I felt pretty good about it but they doubled up behind us… it is what it is.”

The two 23XI Racing cars, driven by Wallace and Kurt Busch both made heavy contact with the outside wall on the front straight. Both were able to exit their cars, with Wallace looking a little sore as he walked away from his wrecked Toyota.

The 2022 season will resume next week at Dover Motor Speedway in Delaware, for the 11th race of the series.