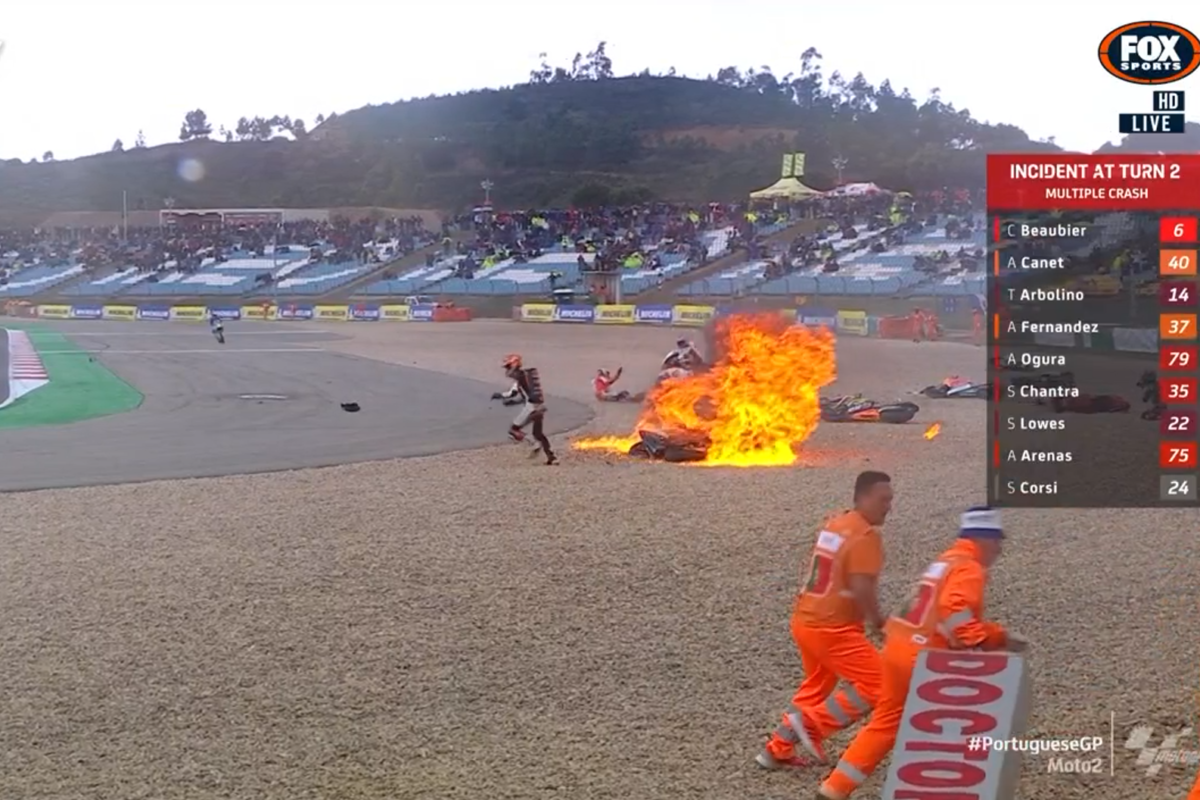 Aron Canet has broken a wrist after he was one of 11 riders to crash together as rain caused mayhem in the Portuguese Moto2 Grand Prix.

The field took to the Portimao track on slicks but the appearance of rain flags in the opening laps signalled that riders would have a challenge on their hands.

So it was that the top three of Canet, Cameron Beaubier, and Ai Ogura highsided almost in synchronisation as they ran through Turn 2 on Lap 9, where the heavens had by then opened. 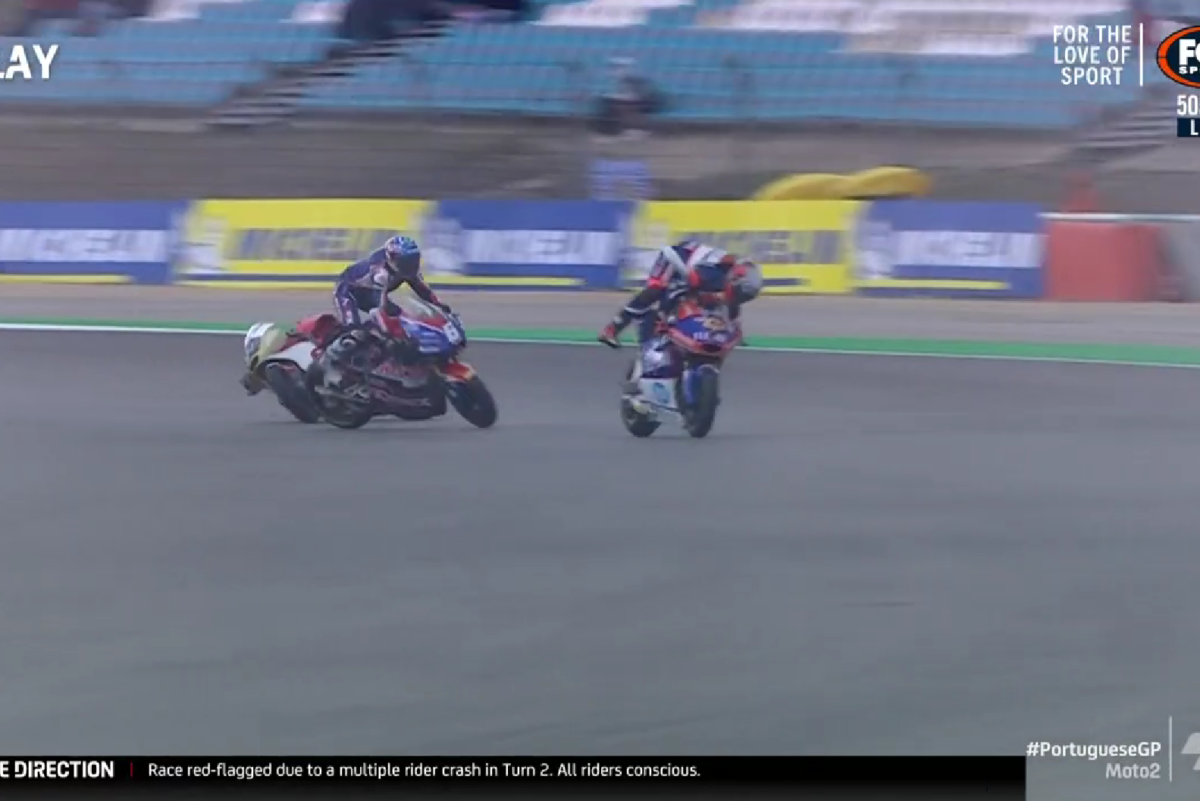 Ogura was almost wiped out by one of the errant bikes, and had to hurdle a fellow rider, while a fireball erupted when Corsi’s MV Augusta entry hit one of the Marc VDS machines.

All involved in the spill were soon reported by Race Direction as being conscious, with Marc VDS team-mates Arbolino and Lowes commandeering a nearby scooter in order to ride back to the pits, while Fernandez pushed his KTM Ajo entry away from the scene.

However, none of those who went down were allowed to take the restart, given all failed to get back to the pits within five minutes of the red flag being called.

While Lowes temporarily dropped back to his knees in the gravel trap, and Corsi was attended to by the medical crew at the side of the track, it appeared that all had escaped relatively unscathed. 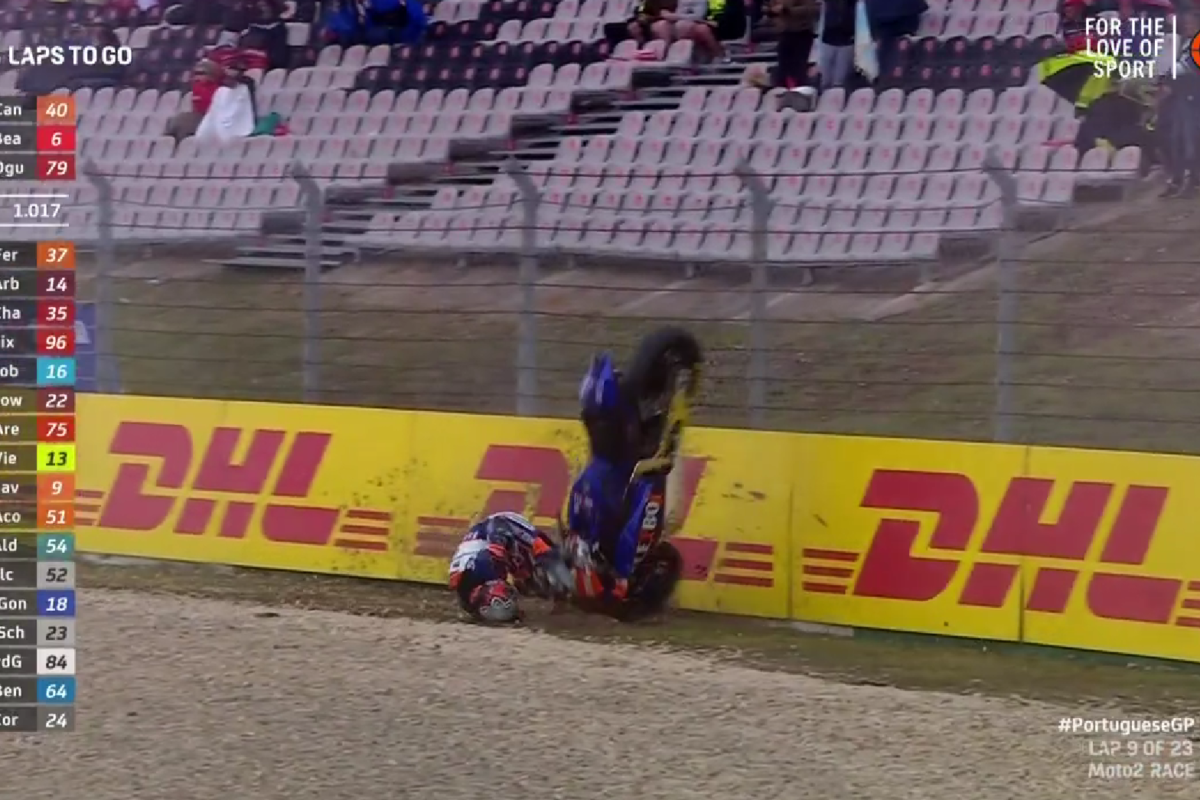 However, scans found that Canet had fractured his left wrist and a finger on his right hand, reports Spain’s AS.

The Spaniard was leading the race when he came unstuck, but clung onto his Pons bike through the gravel trap before finally losing his grip as man and machine reached the barriers.

Joe Roberts won a seven-lap dash to the chequered flag after 18 riders took the restart, while Celestino Vietti leaves Portugal with an enlarged championship lead after finishing second.

The season continues at Spain’s Jerez, this coming weekend. 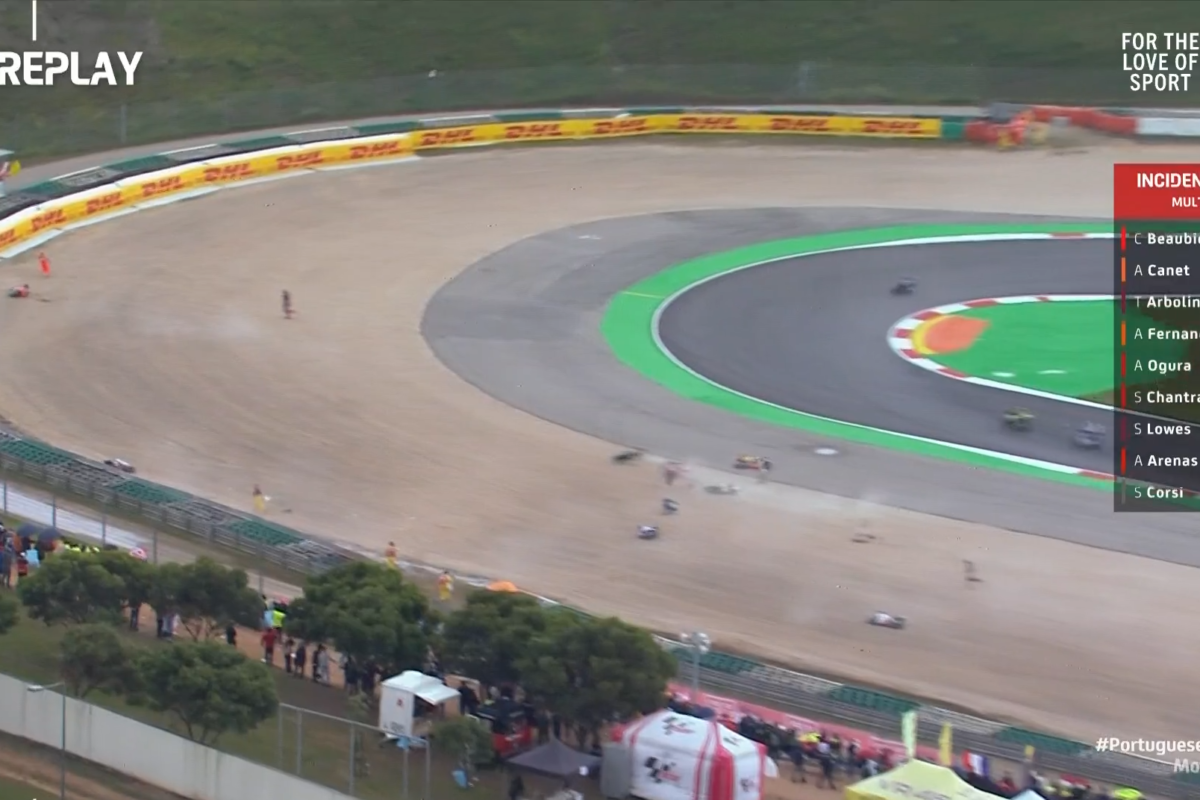 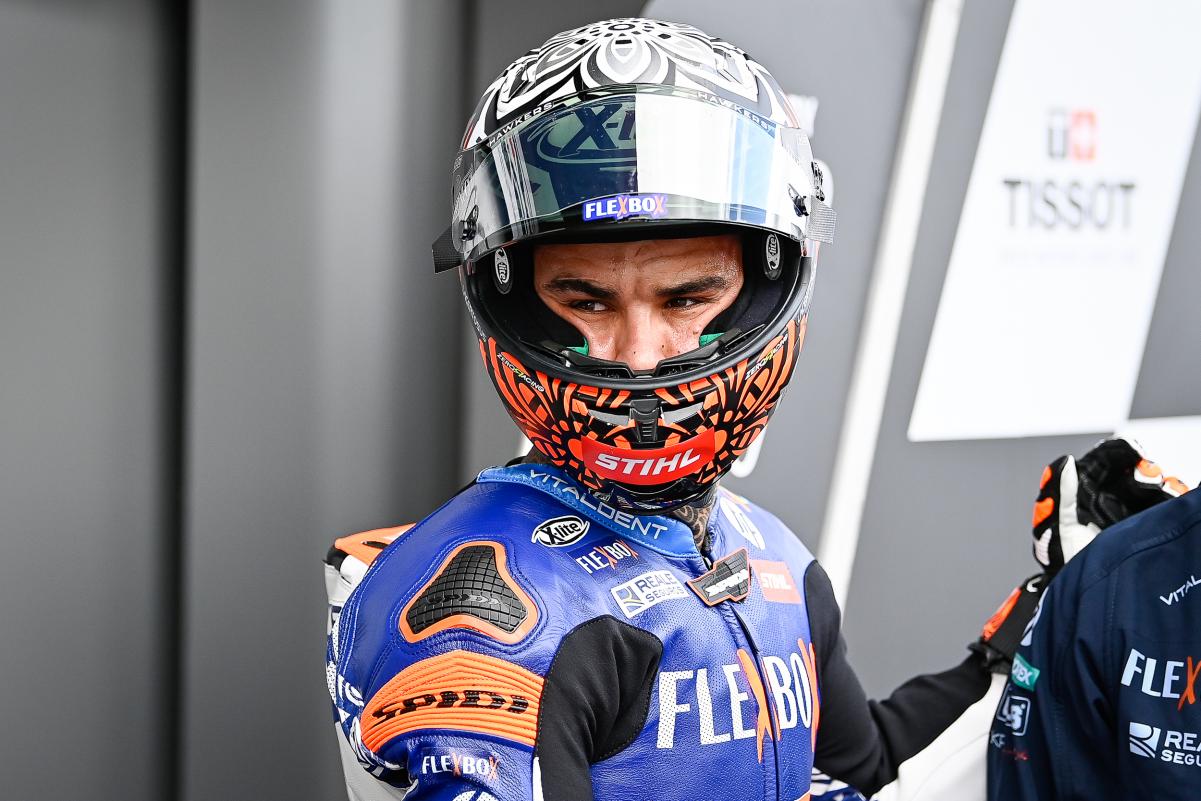