Bayliss ‘couldn’t ask for more’ after double points WorldSSP round

Bayliss ‘couldn’t ask for more’ after double points WorldSSP round 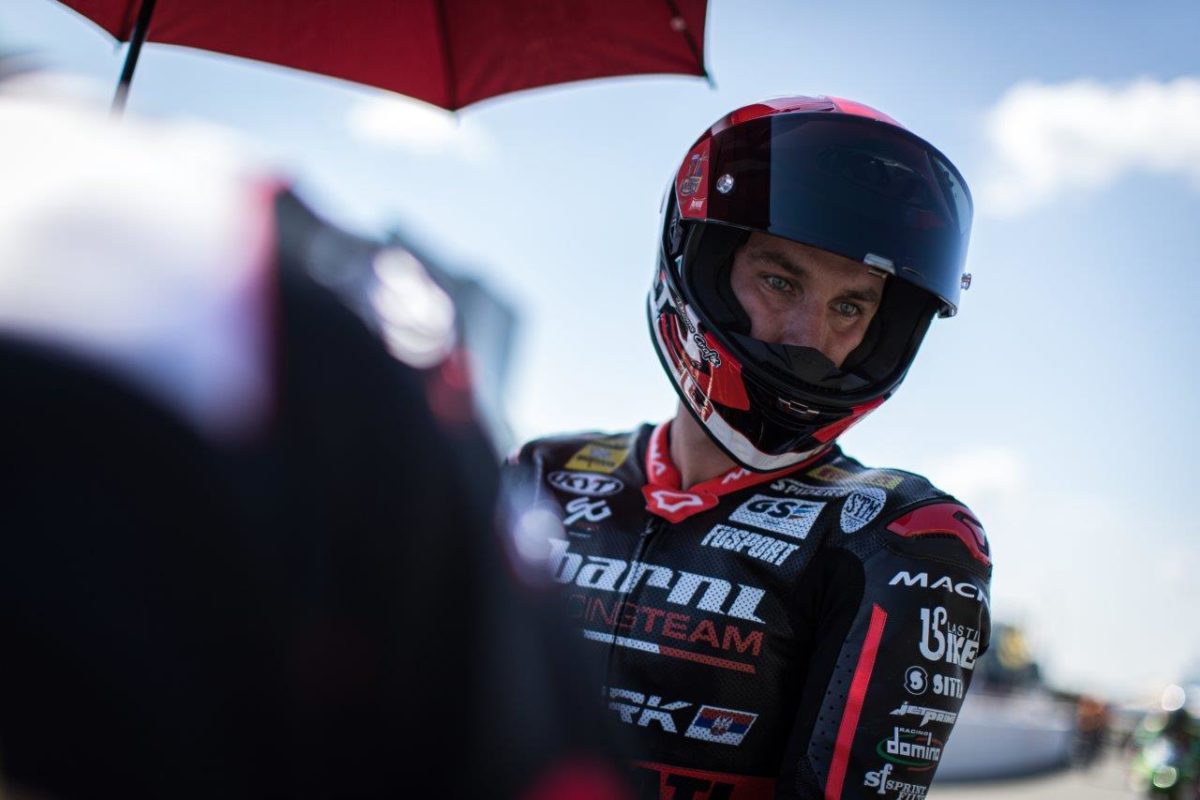 Oli Bayliss was ecstatic after turning his maiden points finish into a double helping in Round 2 of his rookie Supersport World Championship season.

Bayliss finished 14th in Race 1 at Assen, before climbing from 18th on the grid to 11th all told in the second encounter of the weekend.

It was an up-and-down race for the Barni Ducati rider, who emerged ninth from the first corner and 11th at the standing lap.

He was shuffled as far back again as 15th, on Lap 8 before regaining positions due to crashes ahead and passes of Marcel Brenner and Raffaele De Rosa.

Bayliss was pressuring Bahattin Sofuoglu in the closing stages, taking the chequered flag six tenths back from the Turk, less than five seconds from the top five, and 22 seconds away from the winner.

The Australian, who broke an ankle in testing in February, is now 18th in the championship on seven points.

“We could sum it up with one sentence: we couldn’t ask for more,” he said.

“The team did a great job and every time I went out on track, I was faster than the previous round.

“Also in Race 2, compared to Race 1, my pace improved and we reached the best possible result.

“I want to thank the whole team for the great work and the warmth I feel around me.”

Kawasaki’s Jonathan Rea brought up a record 100 wins for a single manufacturer with victories in Race 1 and the Superpole Race.

However, the six-time WorldSBK champion was a DNF in Race 2 after an early clash with Yamaha rider and 2021 champion Toprak Razgatlioglu.

Bautista kept his 100 percent podium record for the year to date intact when he was first to the chequered flag in that encounter.