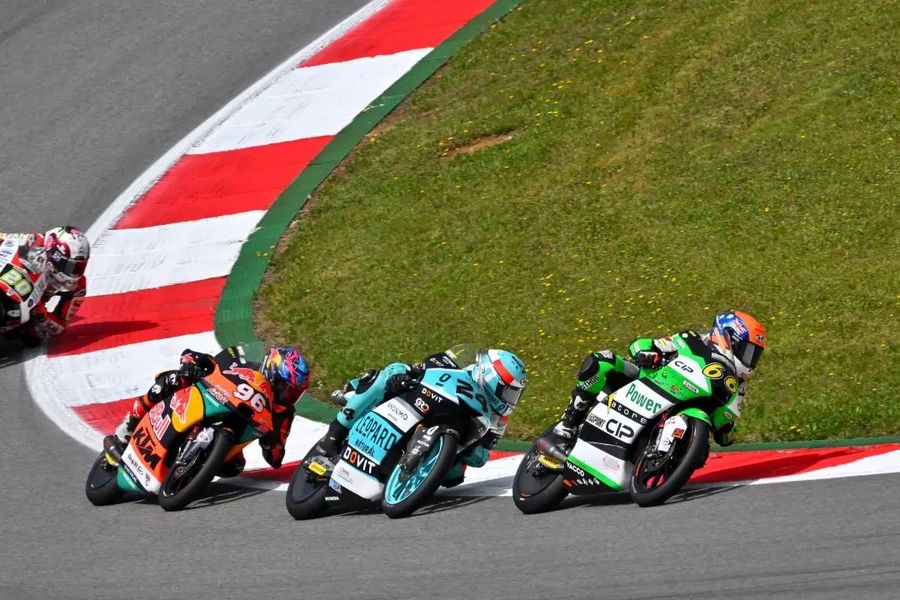 Australian rookie Joel Kelso has achieved a new personal best by being classified ninth in the Portuguese Moto3 Grand Prix, from 22nd on the grid.

Kelso gained six positions on the standing lap alone, and was 12th at the end of Lap 3 around Portimao, before a see-sawing battle in the middle of the pack.

The CIP Green Power rider dropped back as low as 16th, and started the final lap in 12th, after which he gained two positions.

He was promoted another spot when Diogo Moreira was issued two position drop penalties for exceeding track limits on the last lap.

“Honestly, it’s been a difficult weekend for us with very tricky conditions,” said Kelso, referring to the rain which fell on all three days of the event.

“Honestly, I’m very happy with the end result to finish P9. It’s good to finish in the top 10.

“We were strong in the race. Unfortunately, we missed the front group, but this was just due to the position where we started.

The Sunshine Coast-born, Northern Territory 18-year-old had already scored points as a COVID fill-in last year, before finishes of 15th, 18th, 10th, and 18th in the first four rounds of 2022.

He now has 14 points to his name in the current campaign and sits 16th in the championship, which is led again by Sergio Garcia.

The GasGas Aspar rider won by 0.069s in a five-way fight for victory on the final lap.

Meanwhile, in the Supersport World Championship round at Assen, Oli Bayliss scored his two points finishes in that category.