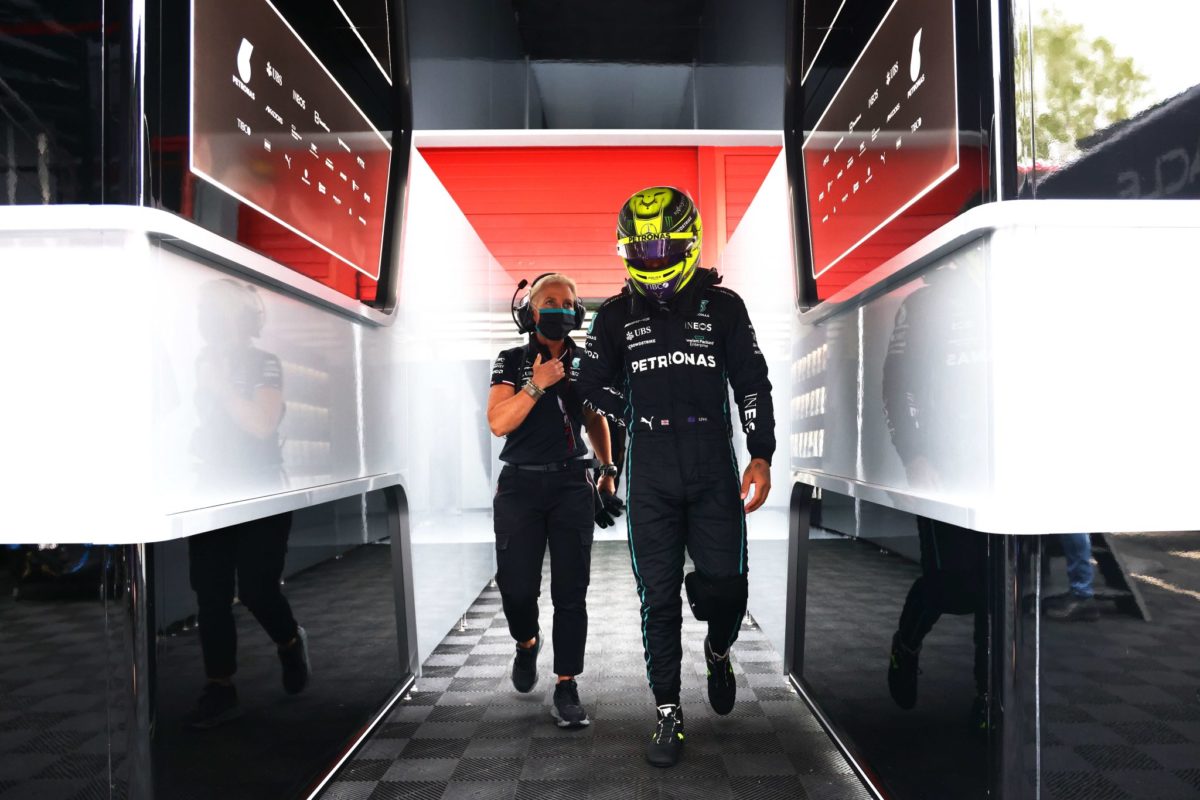 Toto Wolff has moved to hose down suggestions of a blow up between himself and Lewis Hamilton following Qualifying for the Formula 1 Emilia Romagna Grand Prix on Friday.

Both Hamilton and team-mate George Russell were eliminated at the end of Qualifying 2, the seven-time world champion climbing from his car before the segment was officially over.

After he did so, cameras caught he and Wolff in what looked to be a heated exchange the Mercedes team boss has since played down.

“It’s quite funny how it’s been interpreted,” Wolff said after Sprint Qualifying on Saturday.

“Lewis and I shared frustration that we weren’t really able to extract Lap 1 performance, and how annoying it was.

“It was the same, you know, basically the same, the same point of view and just sheer anger.”

Mercedes’ double-elimination in Qualifying 2 made for the first time since the 2012 Japanese Gran Prix that it didn’t feature at least one car in the final part of the three-part session – a 187 race streak.

It comes as the eight-time constructors championship winning team battles to unlock the pace of the W13, which is heavily affected by porpoising.

In the three grands prix thus far in 2022, Mercedes has struggled for one lap pace, though in race trim has tended to improve.

However, that was not the case on Saturday in Imola, with Russell maintaining 11th while Hamilton slipped back a spot and will start the race proper from 14th.

“There is no division, or there’s no blaming or anything of that,” Wolff added of his Friday exchange with his star driver.

“There’s pressure in the system, but I would say the necessary pressure, and to get things right.

“Nobody in the team is anywhere near enjoying the ride at the moment. This team, we’ve done it in the past, we just need to dig ourselves out of that hole.”

Wolff also said following Sprint Qualifying that this weekend was effectively a write off, with the W13 not competitive enough to make significant progress through the field.

The Formula 1 Emilia Romagna Grand Prix gets underway at 23:00 AEST.