Warm Up set to be crucial at Portuguese MotoGP

Warm Up set to be crucial at Portuguese MotoGP 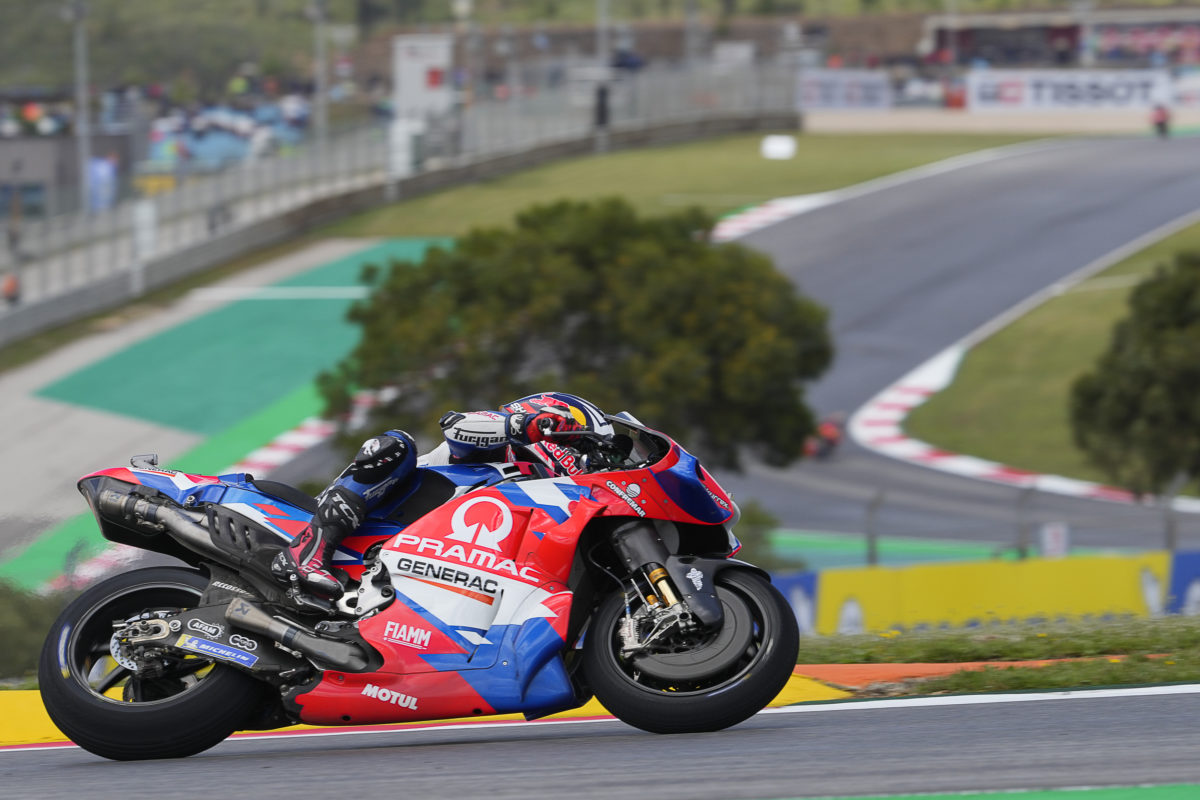 Tonight’s MotoGP Warm Up session at Portimao will be crucial in sorting out set-ups if the race which follows is run in dry weather, according to riders.

Regular rain so far at the Portuguese Grand Prix meant that slick Michelin tyres were not seen until Qualifying 1, and even then, track conditions were hardly optimal.

Zarco said he will have to rely on knowledge from that previous visit to Portimao, as well as running in the 20-minute Warm Up session.

“We have the experience of last October [actually November] and that’s the main thing,” said the Frenchman.

“[We have] almost the same tyres; [we will just have to see if] the temperature of the track is the same as today.

“Because, it was easy in qualifying to trust the tyre, but soft-soft [throughout a race, as all ran throughout Qualifying 2] is not the best.

“We have Moto3 [race], then we will be straight after it, so it is difficult to say and maybe we will have a few answers during the Warm Up.”

Suzuki Ecstar’s Joan Mir, who qualified second-fastest, had an even stronger view.

“The Warm Up will be super-important to understand where we are,” said the Spaniard.

“This is a track that I normally enjoy, I get good results in the past, so I will enjoy [Sunday].”

Jack Miller qualified fourth and while he said the signs are promising for the dry-weather performance of his Desmosedici, he is also conscious of the significance of the Warm Up.

“If it is dry – if it is dry; it’s still a question mark – it’s going to be really crucial,” remarked the Ducati Lenovo Team rider.

“So, we’re going to have to be on it and ready to go come Warm Up.”

Marc Marquez, who starts from ninth after losing his fastest qualifying time due to a yellow flag, thinks luck will also come into it.

“We need to have a bit of luck in terms of tyre choice and base set-up,” claimed the Repsol Honda pilot.

“If we are lucky about the base set-up and the tyre choice, then you can approach the race in one way.

“If you go out and you are struggling, you need to go to finish the race.

“Nobody knows, but I believe that [Yamaha’s Fabio] Quartararo and Mir are two riders that will be fast.” 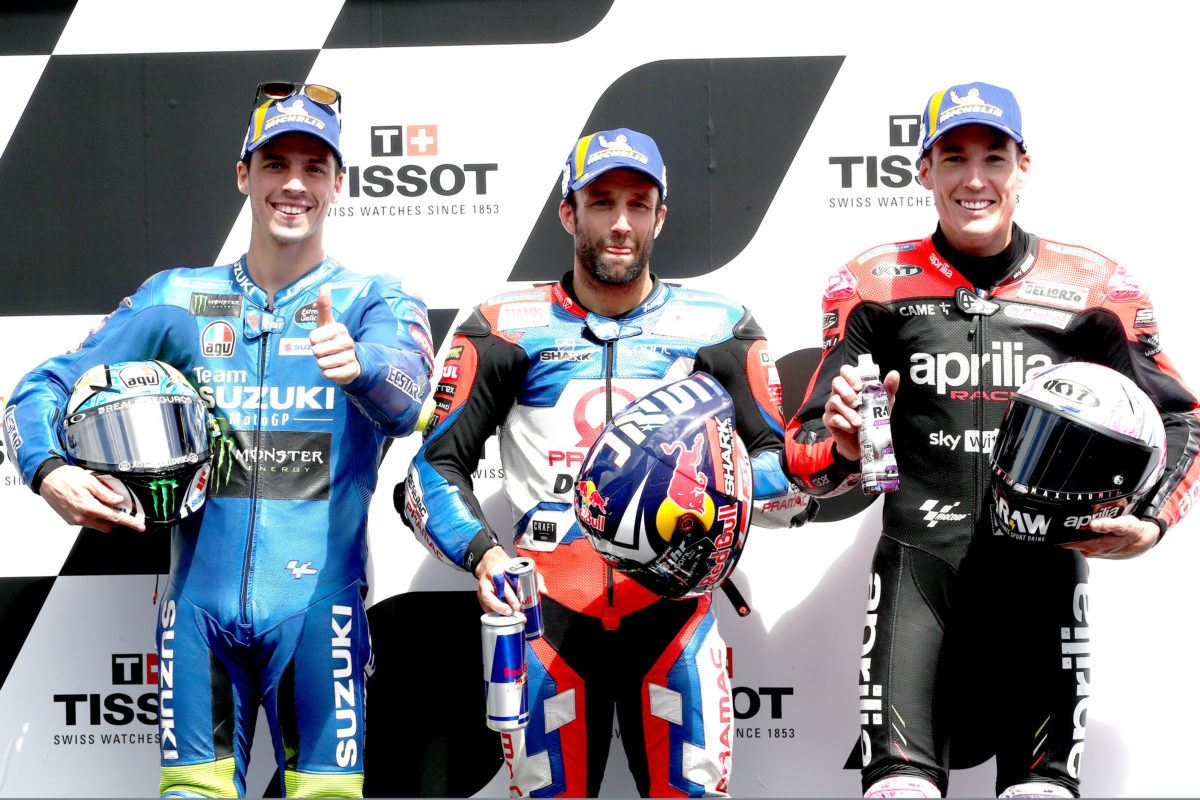 Joining Zarco and Mir on the front row will be Aleix Espargaro, who got Aprilia’s first pole position in the MotoGP era just two rounds ago in Argentina, and converted that into its first ever win in the premier class.

The Noale marque has transformed its RS-GP into a much more competitive machine in 2022, suggesting Espargaro might be at a disadvantage relative to the others in terms of how much he can rely on intel from the last Portimao grand prix.

When that was put to the Spaniard by Speedcafe.com, he said a dry race tonight would not be a problem because his bike is so much better than what he has ridden in recent years, and because he can lean on settings for other tracks.

“I don’t think so,” replied Espargaro.

“I mean, the bike is more competitive everywhere, so it’s an advantage clearly.

“In terms of setting, obviously if you repeat the circuit with the same bike, it’s a little bit easier.

“But, I have like a standard setting where I don’t change many, many things, [from] one track to the other.

“With this year’s bike that is more competitive, I’m sure that we will be able to fight for the podium in both races because the bike is clearly faster.”