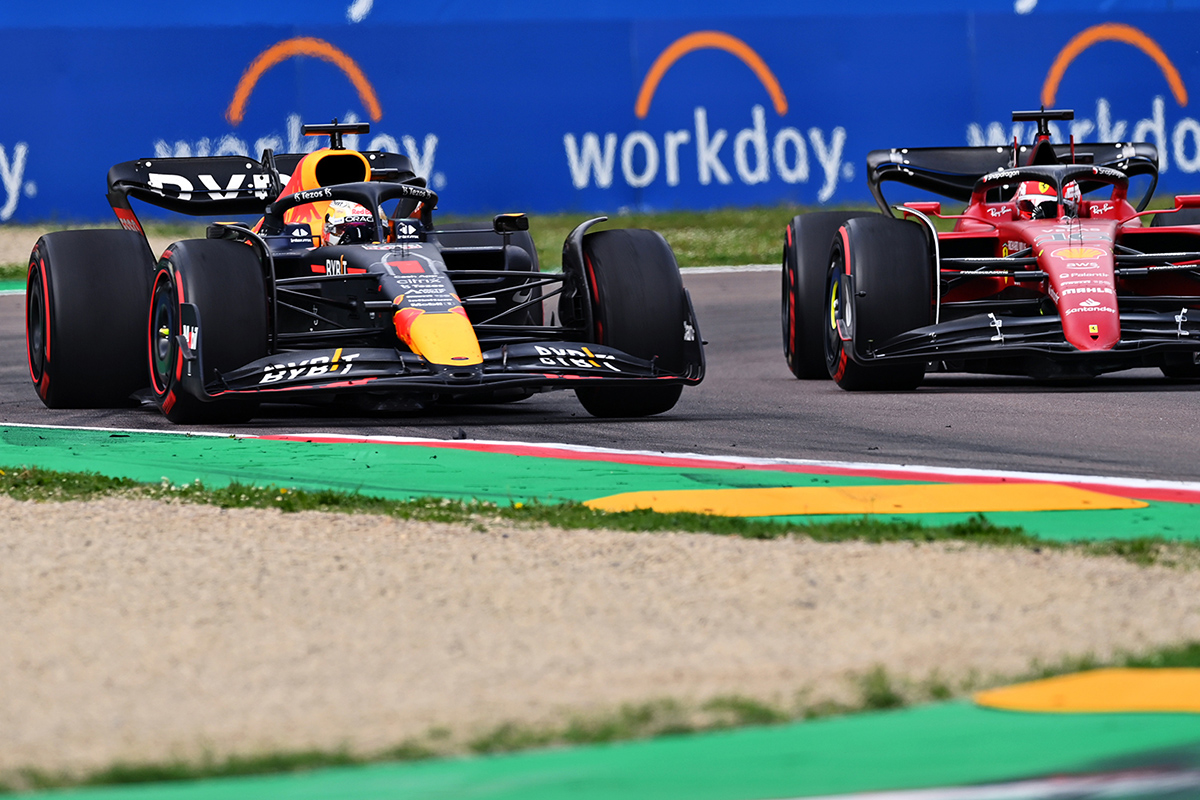 Verstappen passes Leclerc for the lead

Verstappen started from first on the grid after securing pole position in Qualifying on Friday for the Formula 1 Emilia Romagna Grand Prix, only to lose out shortly after the session began.

A lightning start from Leclerc saw the Ferrari driver surge ahead, a position he would hold until the race’s latter stages.

However, inside the final five laps of the 21-lap encounter, Verstappen reeled in the leader to regain the upper hand and claim maximum points.

“When I let the clutch go, just got a lot of wheelspin and no traction, so my start was very, very poor,” Verstappen explained.

“Then, after the Safety Car restart, it seemed like initially Charles was very quick, and he was actually pulling away a tiny bit, lap after lap.

“Then, at one point, the tyre deg cam into play, and it seemed like from that point on I could actually then close the gap again.”

Having closed to within DRS range, Verstappen finally made the pass on Lap 19 as they entered Variante Tamburello.

“It’s very tricky, once you get around that one second window, to get super close,” Verstappen said.

“Of course, with these cars, it is better to follow, but it’s still very hard to pass because you still need to use up your tyres, and especially with the deg we had on the softs, getting in that DRS window was hard.

“But then once I got into it, I think on the second attempt, we had a good little battle into Turn 2, but clearly we had a bit more pace at the end of the race.”

For Verstappen it’s a result that not only hands him top sport for Sunday’s race, but brings with it eight additional world championship points.

That moves his tally on to 33, while seven points for second means Leclerc now has 78 to his name.

The Emilia Romagna Grand Prix gets underway at 23:00 AEST.