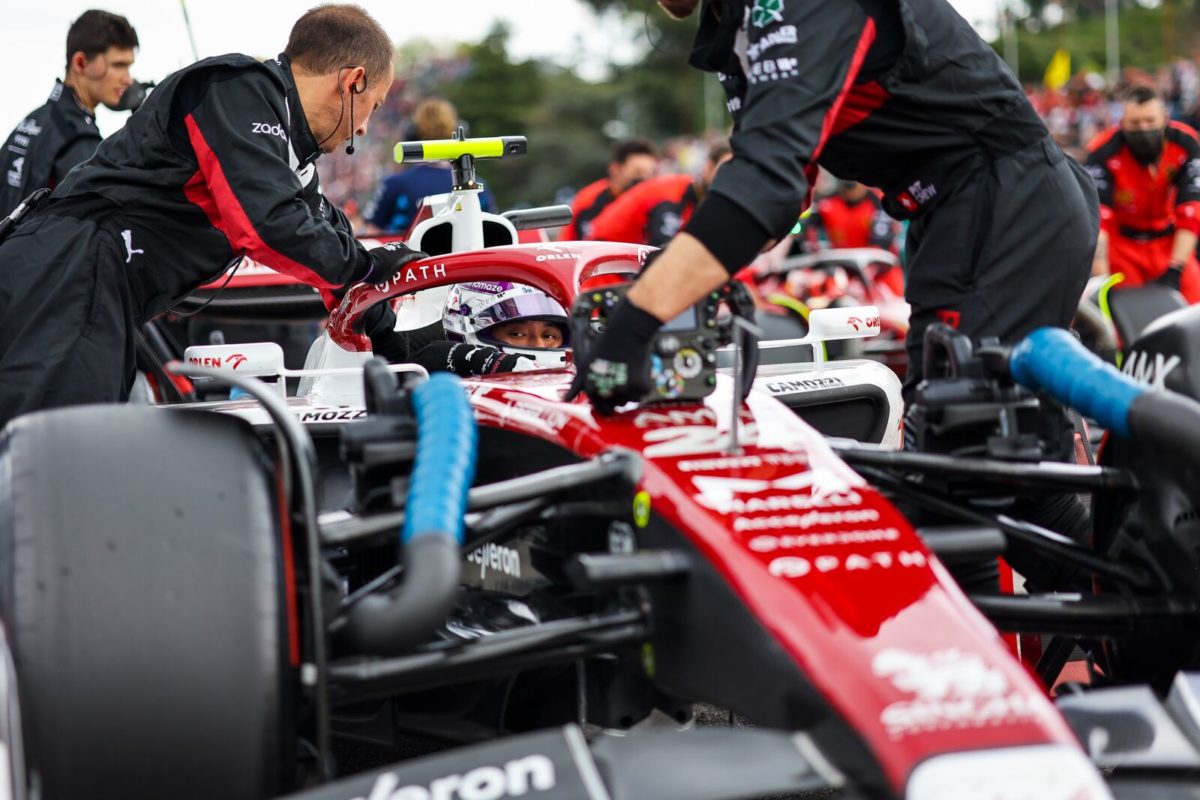 Zhou Guanyu will start the Formula 1 Emilia Romagna Grand Prix from the pit lane after crashing out of Saturday’s Sprint Qualifying on the opening lap.

The Chinese racer made contact with Pierre Gasly as they navigated Piratella for the first time, firing the Alfa Romeo Sauber into the inside wall.

It triggered an early Safety Car and prompted lengthy repairs from the team.

Those were not completed by the time the Saturday night curfew come into force, the team breaching Article 40.6 and 40.9 of the Formula 1 Sporting Regulations.

“Car 24 was involved in a collision and suffered significant damage during the Sprint session,” the stewards noted.

“Furthermore, in breach of Article 40.9, the Competitor was found to have continued to work on the car unsupervised while under parc ferme conditions.

“The Competitor admitted that modifications were made to the car.

“In any event, given the lack of supervision the Stewards would have been entitled to draw an inference that modifications were made to the car and/or changes were made to the set-up of the suspension while the car was to have been held under parc ferme conditions.

Zhou is the only driver set to take a penalty into the race, which will see Max Verstappen on pole ahead of Charles Leclerc.

The 63 lap Emilia Romagna Grand Prix gets under way at 23:00 AEST this evening.