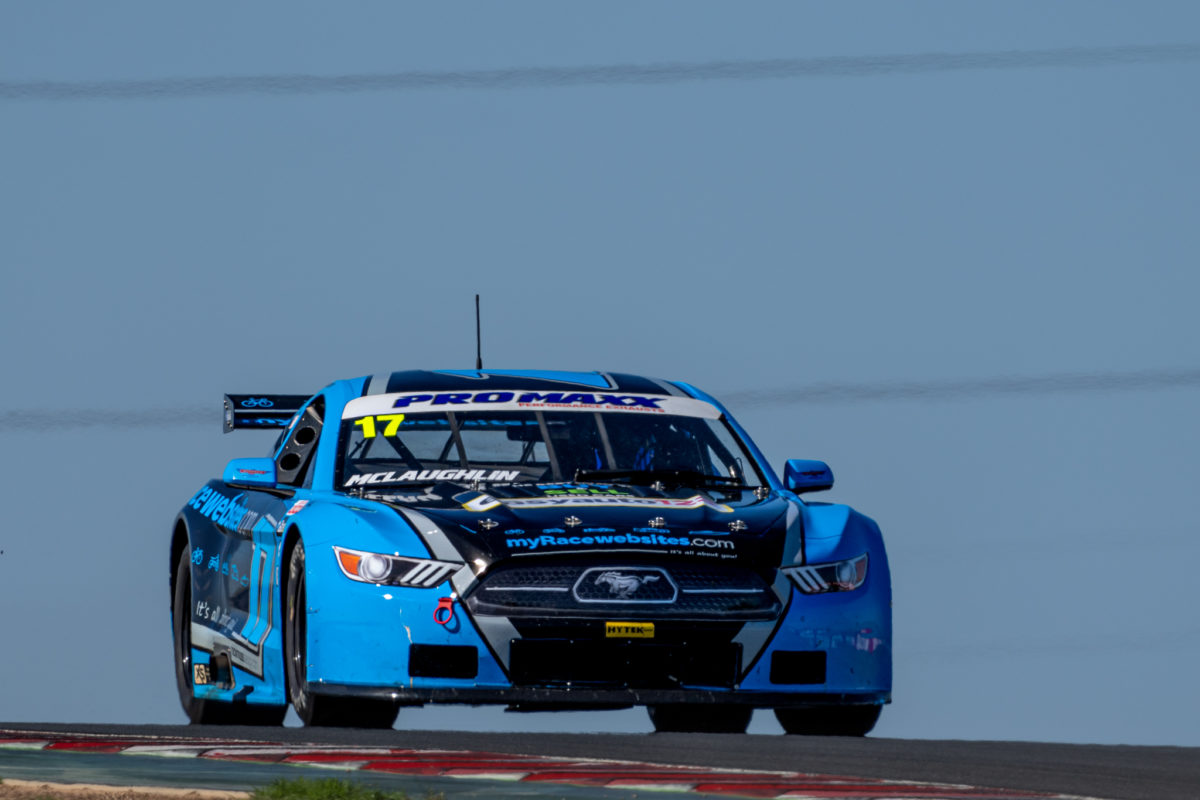 John McLaughlin has won Race 1 of Round 2 of the Promaxx Performance Exhausts TA2 Muscle Car Series at The Bend after passing Josh Haynes.

Jett Johnson had qualified on PWR Pole Position but dropped to third at the start, as Haynes headed the field into the first corner.

He continued to lead until he was baulked by backmarker Brad Schomberg at the exit of Turn 16 on Lap 5, allowing McLaughlin to make the pass.

At the chequered flag, just under a second separated Car #17 and Hayne’s #37 entry, with Dylan Thomas a distant third.

“Really happy to win the first race of the weekend here for my first time at The Bend,” said McLaughlin after his third race win in TA2 competition.

“Haynes is super quick. I was chasing him for the first half of that race, I could see I had a bit more pace in certain areas but in other areas he would pull away, so it was a bit of a see-saw battle the whole time.

“Once we came around on that lapped car, it kind of baulked Josh a little bit and he defended into the next corner which was fair play but then he ran wide on exit which opened the door for me to get by and I was able to pull a little gap on him from there.”

Johnson finished fourth having ceded another position to Thomas when he ran long at the Turn 6 hairpin on Lap 3.

Round 1 winner Nash Morris is skipping this weekend’s meeting to concentrate on his Dunlop Super2 Series campaign, which resumes a week later at Wanneroo.