Imola ‘a complete write off’ for Mercedes

Imola ‘a complete write off’ for Mercedes 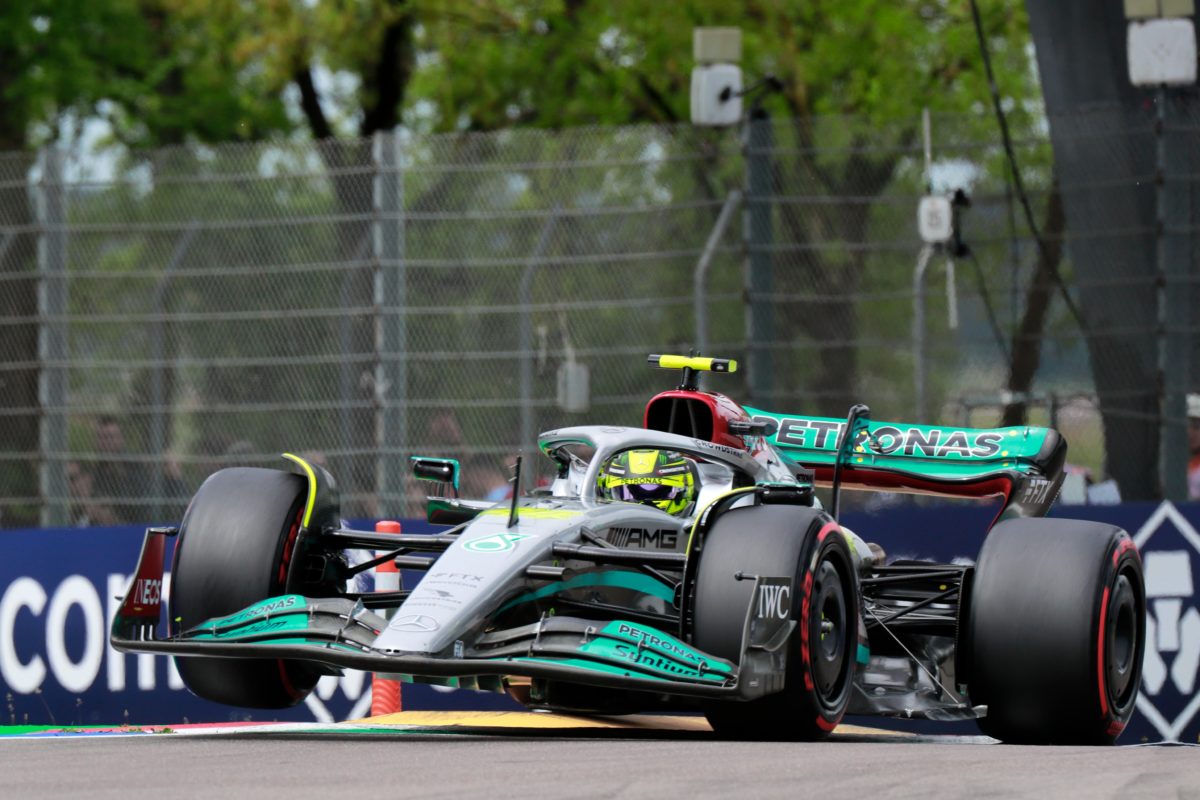 Toto Wolff has described this weekend’s Formula 1 Emilia Romagna Grand Prix as “a complete write off” after neither Mercedes made the top 10 in Sprint Qualifying.

George Russell was 11th at the end of the 21-lap encounter while Lewis Hamilton finished 14th, the seven-time world champion having started 13th.

“I think we what we see today, we haven’t got a car that is good enough, that hasn’t got enough performance differential to some of the midfield cars, to overtake them,” Wolff said.

“I think if you if we were running free in free air, where I would see us running, you would see the picture wouldn’t be any different to the previous races.

“But there’s just not big enough of a gap to overtake cars here and the car is not good enough to overtake any of these cars that within four or five tenths in lap time performance.”

Having won the last eight constructors’ championships, Mercedes has had a tougher time of it in 2022, primarily due to the porpoising experienced by the W13.

On Friday, that was so severe that it broke a floor stay on Russell’s car.

It’s an issue the team has battled with since pre-season testing and, for the moment, appears no closer to resolving.

Should it get on top of that issue, common opinion is the Mercedes will immediately be a far more competitive package as the drivers gain both confidence and performance.

Until then, it’s a case of battling through as best it can, a significant change in targets from the squad which has been the established benchmark since 2014.

“I think points scoring needs to be the minimum but this is not where we set our expectations and therefore it’s this weekend is a complete write off,” Wolff said of his Sunday hopes.

“You can say well we’re trying to learn, but we weren’t great with tyre warm up. That’s why there is no miracles that you can expect that the race start, because the overtaking is so difficult.

“We can make up positions, we’ve shown it today, but not quick not quickly enough, and therefore beyond the fact that we are learning, it’s another a humbling experience.”

Heading into the weekend, Wolff suggested his team’s chances of winning the world championship this year were 20 percent, while Hamilton claimed after Sprint Qualifying that they were simply not in the fight.

“We are four races in and probably today marks the low of these first four races,” Wolff admitted when asked where his team now stacks up.

“It’s obvious that we are not anywhere near the fight at the front, and it would be pretty unrealistic to claim to have a slot among the front runners for fighting for the championship.”

Having failed to score a point in Sprint Qualifying, Mercedes has now slipped behind Red Bull in the constructors’ championship.

The Emilia Romagna Grand Prix gets underway at 23:00 AEST.