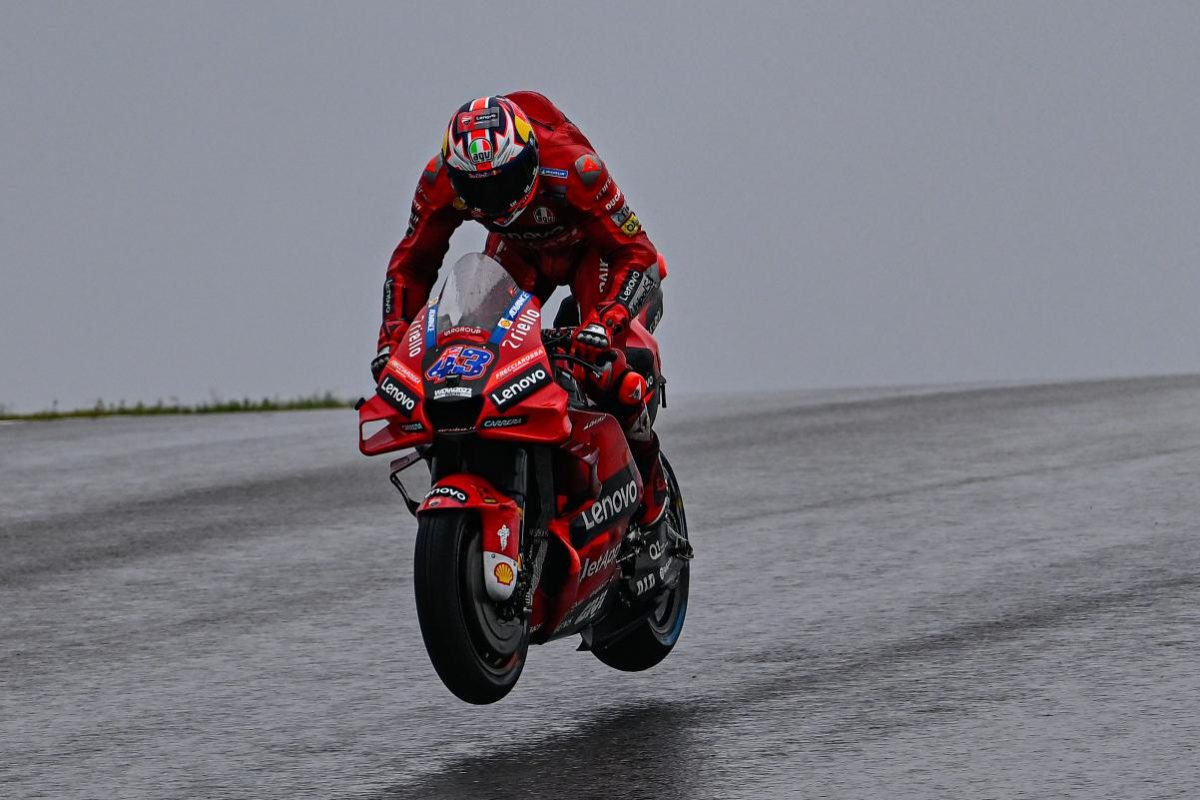 Ducati factory team manager Davide Tardozzi says that the marque wants to keep Jack Miller, amid suggestions he is in negotiations with LCR.

Miller is off-contract at the end of the current MotoGP season and his place in the works squad is considered under serious threat from both Pramac Racing’s Jorge Martin and Gresini Racing’s championship leader Enea Bastianini.

Reports from Europe overnight linked him to a possible return to the Honda satellite team where he started his premier class career, in 2015.

Tardozzi was queried on the television world feed about that, and whether there is a chance that the Queenslander will leave the Bologna manufacturer, as the field went out for the Warm Up session at Portimao.

He replied, “We don’t want to lose Jack; we will see what it going to be in the next weeks.

“[We are] Happy that other teams are looking to Jack because it means that we have a good rider but for Ducati, everything will be on the way to keep him.”

Miller has been at the Ducati Lenovo Team since the start of the 2021 season, after three years at Pramac, effectively the marque’s B team.

He stated a fortnight ago after the Grand Prix of the Americas that he “wouldn’t care” if he was moved back to that squad, for which Ducati controls the rider contracts.

Should that come to pass, it could make for a direct swap with Martin, although Bastianini’s performance on a GP21-specification Desmosedici so far in this, his second season in the top tier makes him difficult to overlook as well.

Miller has also been a Honda-contracted rider in the past, during his single year at LCR and the two which followed at the now defunct Marc VDS.

Having lost that deal, he reportedly turned down an offer just months later to return to the Japanese marque as a replacement for Dani Pedrosa at the factory Repsol Honda Team.

‘Jackass’ denied that was the case, while the seat went to Jorge Lorenzo in the end.

Miller has qualified fourth for tonight’s Portuguese Grand Prix, and was second-quickest in the Warm Up which just wrapped up.

READ MORE: LCR team principal Lucio Cecchinello denies being in talks with Miller or his management