Date switch off the table for Australian F1 and MotoGP events

Date switch off the table for Australian F1 and MotoGP events 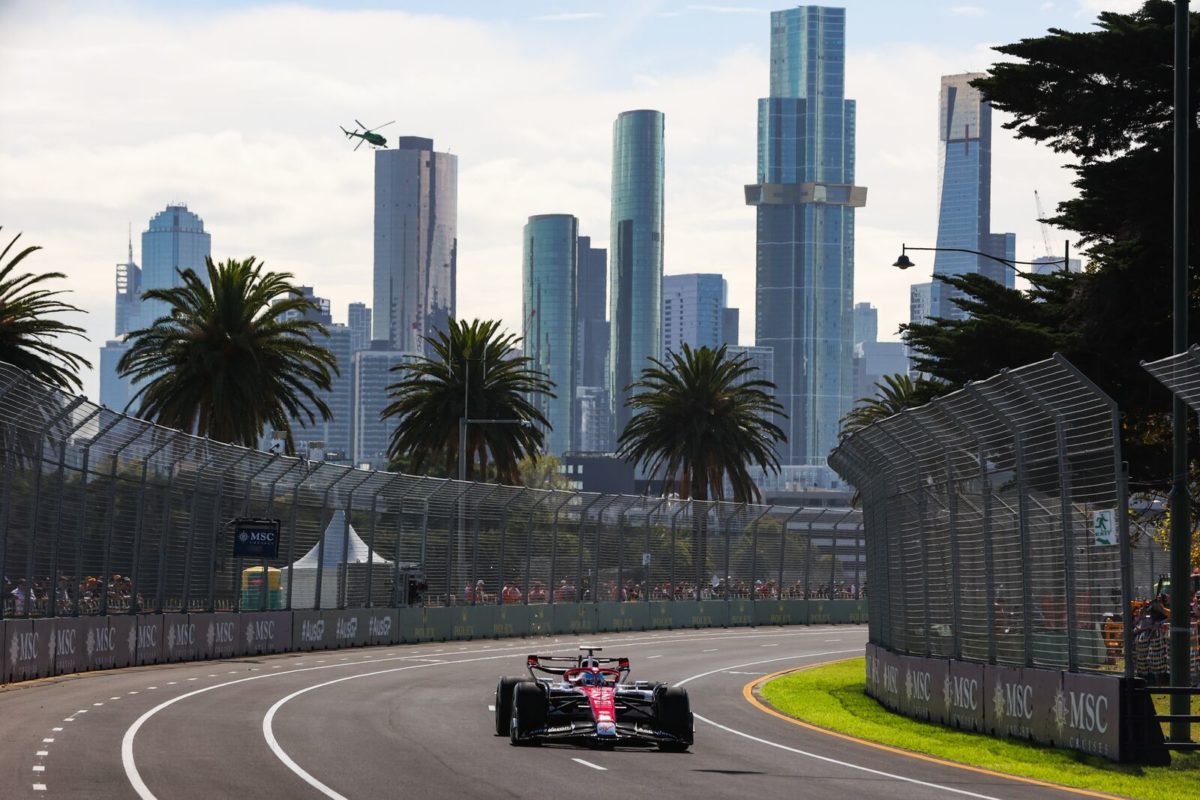 Melbourne looks set to host F1 next in April 2023

The Australian international motorsport calendar looks set to remain broadly unchanged with Formula 1 and MotoGP likely to maintain their positions at either end of the season.

Speculation from Europe had suggested the Australian Motorcycle Grand Prix could move to the start of the calendar, a concept event boss Andrew Westacott admits was discussed.

Fuelling that was the revised, November date given to the Formula 1 race last year.

With rumours of a potential date swap having gone quiet, Westacott has confirmed things are likely to remain as is, at least for now.

“No, we talked about it, but at the moment I think it’ll play out as it is,” the Australian GP CEO told Speedcafe.com.

His comments come at a time when Formula 1 is working on formulating next year’s calendar, and establishing exactly where Australia will slot in.

From the AGPC standpoint, having F1 and MotoGP events at alternate ends of their respective calendars makes sense, spreading the workload on staff more evenly.

Melbourne has often been the opening round of the Formula 1 season, though this year it was Round 3, with Bahrain and Saudi Arabia hosting the opening two events of the year back-to-back.

Logistically and financially that made sense for teams with pre-season testing in Sakhir and then remaining in the region for the next event.

There is a desire in the F1 paddock to pair the Melbourne race with another in the region given the cost and challenge of international freight.

Singapore and Japan have typically occupied the latter stages of the season, however, during the Australian Grand Prix there were suggestions in the paddock that Melbourne and Singapore could be twinned.

Colin Syn, Deputy Chairman of the Singapore GP was in attendance in Albert Park, a point Westacott dismissed as standard practice.

“We don’t read anything from Singapore being in [Melbourne] because they always come down here, we have people always going up there [because] it’s so close,” the Australian GP boss said.

“We work really closely with Colin Syn and the guys here, so I wouldn’t read anything in that whatsoever.

“There has always been a situation where, whether it’s MotoGP with Japan, Malaysia and Australia, we’ve had China-Australia [in Formula 1], sort of whilst we’re down in this region, if you got to travel a long way to the other side of the world, and it does make sense,” he added of the sport’s logistical considerations.

“Maybe there’s other circuits. I’ve heard it even rumours that Malaysia has got interest, you know.

“But I think logistics and scheduling across a 23-race, or maybe even 24-race, calendar next year is going to be difficult and that’s up to Formula 1.

“If it’s made easier by having something else in the region, then that’s it, it’s a good one.”

As revealed by Speedcafe.com last October, Australia does not have a ‘permanent’ slot on the calendar like it once did as the season opener.

Next year there is a chance the event could host the opening round, depending how F1 officials elect to navigate the challenge presented by Ramadan in the Middle East.

Another option is to simply start the season earlier, so the likes of Bahrain and Saudi Arabia are completed prior to March 23, the date upon which Ramadan begins.

Delaying those races would mean they couldn’t be held until late April, by which point temperatures during the day in the Middle East rise towards the low-30s, versus the mid-20s as seen in March.

Melbourne is therefore likely to appear on the 2023 F1 calendar no earlier than the final weekend of March, but more realistically at some point in April, and twinned with the returning Chinese Grand Prix for logistical efficiencies.

Australia has a contract to host F1 until 2025, with Westacott previously stating that conversations about its future are perennially ongoing.

“We always talk about the future, but there’s nothing finalised or done,” he said of conversations with F1 boss Stefano Domenicali in the wake of this year’s Australian GP.

“What it does do is [offer] a reassurance from Stefano and all these teams, whether they be the marketing team, the partnerships team, all the technical team, they say, ‘Wow, that was fantastic, was a fantastic spectacle, professionally delivered’.

“I’m so proud of the AGPC team, and it’s a professional partnership we’ve got [with F1].

“So that just reaffirms that all the things that we did in the past have got better from the COVID absence, and that’s great for Melbourne and it’s great for the relationship in the future with Formula 1.”