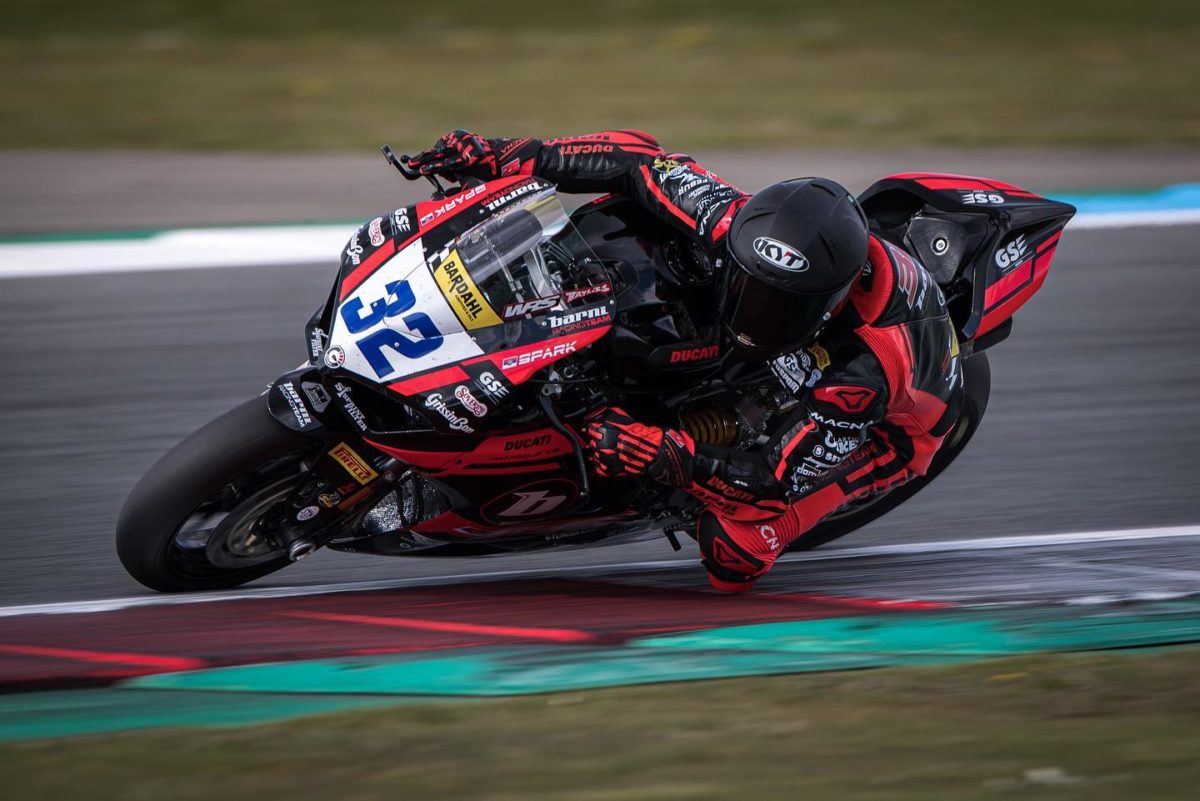 Oli Bayliss has scored his first Supersport World Championship points by finishing 14th in Race 1 of Round 2 at Assen.

The Barni Ducati rider qualified 18th and found himself in the cut and thrust of the mid-pack in the early stages, but had risen to 16th by the end of Lap 6.

A red flag was called inside the final five of a scheduled 18 laps due to an incident just up the road involving Tom Booth-Amos and Marcel Brenner, and the contest would not restart.

Bayliss had inherited 14th as a result of that drama and that was where he would be classified once results were backdated to riders’ most recent timing point.

It had already been a positive day for Oli Bayliss, considering he qualified with a time almost two seconds faster than he had gone in Friday practice, and eight positions ahead of where he started in Round 1 at Aragon.

“I improved my lap time a lot compared to yesterday and this allowed me to start ahead of Aragon, which will be an advantage tomorrow.

“In the race, we had the same pace as the group that was three or four seconds ahead of me.

“In Race 2, I hope to stay close to the riders who are fighting for points.”

The Assen event represents Bayliss’s third round in WorldSSP, having entered as a wildcard at Phillip Island in 2020 but not started that weekend’s race.

In WorldSBK, Jonathan Rea is on the brink of history after overcoming Alvaro Bautista and 2021 champion Toprak Razgatlioglu to take his 99th victory for Kawasaki.

No other rider has won 100 races or more, let alone with a single manufacturer.

Meanwhile, Australian rookie Joel Kelso qualified 22nd for Round 5 of the Moto3 World Championship at Portimao.