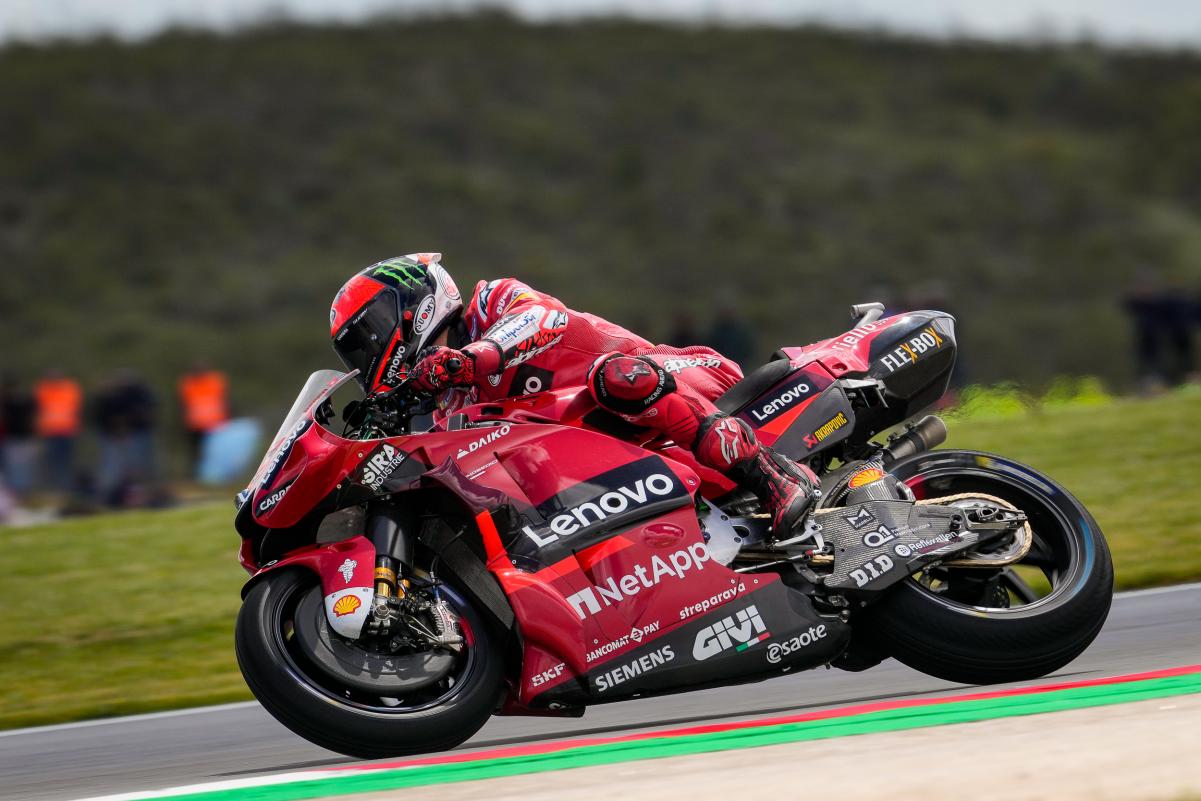 The Italian had highsided midway through Qualifying 1 at Portimao after running across a wet patch on the run to Turn 3 while on slick tyres.

He landed heavily on his right shoulder, but checks at the circuit’s medical centre, and then a nearby hospital cleared him of any fractures.

Now, FIM medical staff have given Bagnaia the all-clear to start tonight’s (AEST) 25-lapper, the fifth race of the season.

“[Bagnaia] has been declared FIT to race!” read a statement from the squad, minutes ago.

“He had a good night sleep and despite he still feels a bit of pain, he is ready to join riders on track for the warm-up and the race.”

⚠️ UPDATE: @PeccoBagnaia has been declared FIT to race! He had a good night sleep and despite he still feels a bit of pain, he is ready to join riders on track for the warm-up and the race 💪🏼 #GoFree #ForzaDucati

The 2021 MotoGP championship runner-up will, however, start from the very back of the 25-bike grid given the crash meant he failed to set a time in qualifying.

Championship leader Enea Bastianini will also be well back for lights out, in 18th, after he also had a spill on his year-old, Gresini Racing Ducati in Q1.

Warm Up, which starts at 18:40 AEST, could well play a crucial part in the outcome of the race which will follow for the entire field.

That is because the first slick tyre running took place only at the beginning of the first stanza of qualifying, during which Bagnaia had his spill.

Pramac Racing’s Johann Zarco took pole on another of the GP22-spec Desmosedicis, and will be joined on the front row by Suzuki’s Joan Mir and Aprilia’s Aleix Espargaro.

Jack Miller is set to line up fourth on the other Ducati, with a start due at 22:00 AEST.