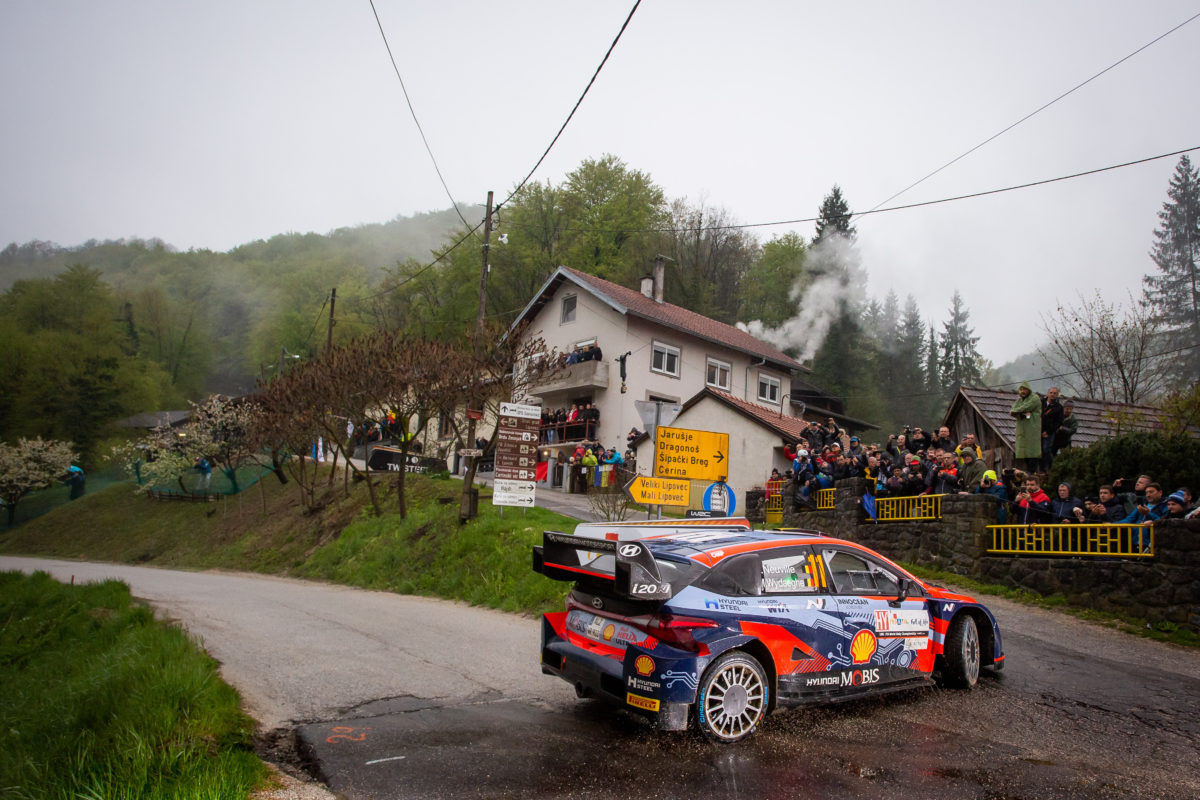 World Rally Championship contender Thierry Neuville has been issued a suite of penalties, including ‘public service’, for speeding on a road section in the Croatia Rally.

The #11 Hyundai was clocked at 156kmh in an 80km/h zone on a public road, which drivers use to get to/from stages, on the opening afternoon of competitive action at the Zagreb-based event.

The Clerk of the Course initially fined Neuville the equivalent of approximately AUD 2800 (EUR 1900, converted at 0.6705 AUD/EUR), but also referred the matter to stewards.

After a Friday night (local time) hearing, they chose to slap the #11 entry with a one-minute penalty, which drops Neuville from second position overall to fourth.

Both the Belgian driver and his co-driver, Martijn Wydaeghe, will also have to perform two days of public service at the discretion of the FIA in the next 12 months.

Neuville, currently second in the championship, had already been issued a 40-second penalty for a late arrival to the midday service, due to an alternator failure for his i20.

He tried to cite that as a mitigating factor for speeding out on a public road, but stewards did not accept that line of argument.

“The driver stated that, due to some technical problems encountered on his car, he was late in approaching TC4A,” read their report.

“He further mentioned that, in order to reduce their delay, they were ‘obliged to overspeed’, although they knew that this was a breach of the traffic regulations.

“However, they stated that they had never put anybody at danger, also because at that moment there was no traffic.

“The data retrieved from the official FIA Safety Tracking System showed that the crew was overspeeding for approximately 11km on the afore-mentioned road section.

“Excessive speed represents a serious breach of the above-mentioned articles of the FIA International Sporting Code.

“In this case the speed recorded was almost 100% over the speed limit, and neither the absence of traffic nor the intention of trying to reduce their delay at TC4A can be taken into account to claim mitigating circumstances.”

Neuville was fined even more when he more than doubled the speed limit on a road section in Rally Estonia last year.

He was also issued a suspended, one-event ban, although that only applied until the end of the season.

Then, the 33-year-old claimed a starter motor problem which meant that “as they were fighting for a podium position in the classification, they could not avoid overspeeding.”

Rovanpera and Tanak are split by 1:23.3s, with Craig Breen third at a further 11.9s back in an M-Sport Ford, while Neuville’s deficit to first position will be 2:04.0s once his time penalty is applied.

The event continues this afternoon (AEST).

Every round of WRC is live, ad-free, and on demand on Stan Sport.