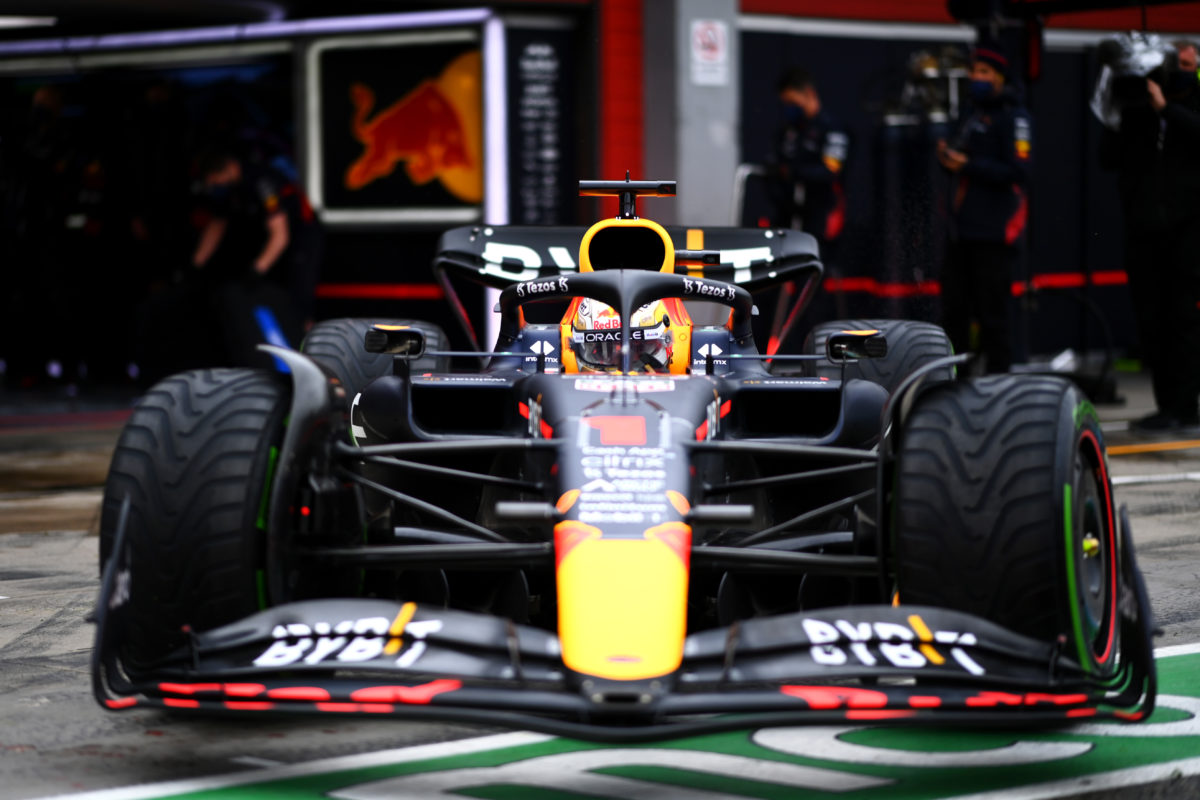 The Dutchman topped what should have been a 60-minute session but, courtesy of five red flag interruptions, lasted almost two hours.

Verstappen was some 0.8s faster than next-best Charles Leclerc at the end of Friday’s running, ensuring the pair will start from the front row for Saturday’s 21 lap Sprint Qualifying session.

“It was tricky out there with the rain – well, dry/rain, it was very slippery,” Verstappen said of qualifying.

“To also get the tyre temps to work [was not easy]. It was a hectic, long qualifying, but of course at the end, very happy to be here.”

The Imola circuit proved bruising for a number of drivers, Carlos Sainz among them as the Ferrari driver spun off, plucking the left-front from his Ferrari midway through Qualifying 2.

Bottas, Magnussen, and Norris all had their moments in Qualifying 3, the former pulling off the road with an apparent mechanical drama while the Haas and McLaren drivers both skated off at Acque Minerale.

“It’s an amazing track and it also really punishes you – if you make a mistake, you can go into a wall, so that’s what we like, to make it really hard and difficult,” Verstappen said.

“Very pleased, of course, with pole position,” he added.

“I know tomorrow and Sunday will be a bit different in terms of weather conditions, but at least it’s a good start to the weekend.”

The Emilia Romagna Grand Prix is the first of three planned sprint format events over the course of the 2022 season, leaving teams a single 60-minute practice session to tune their cars before entering parc ferme conditions.

Free Practice 2 gets underway at 20:30 AEST on Saturday ahead of the Sprint beginning at 00:30 AEST, with conditions forecast to be 10 degrees warming with reduced chance of rain.