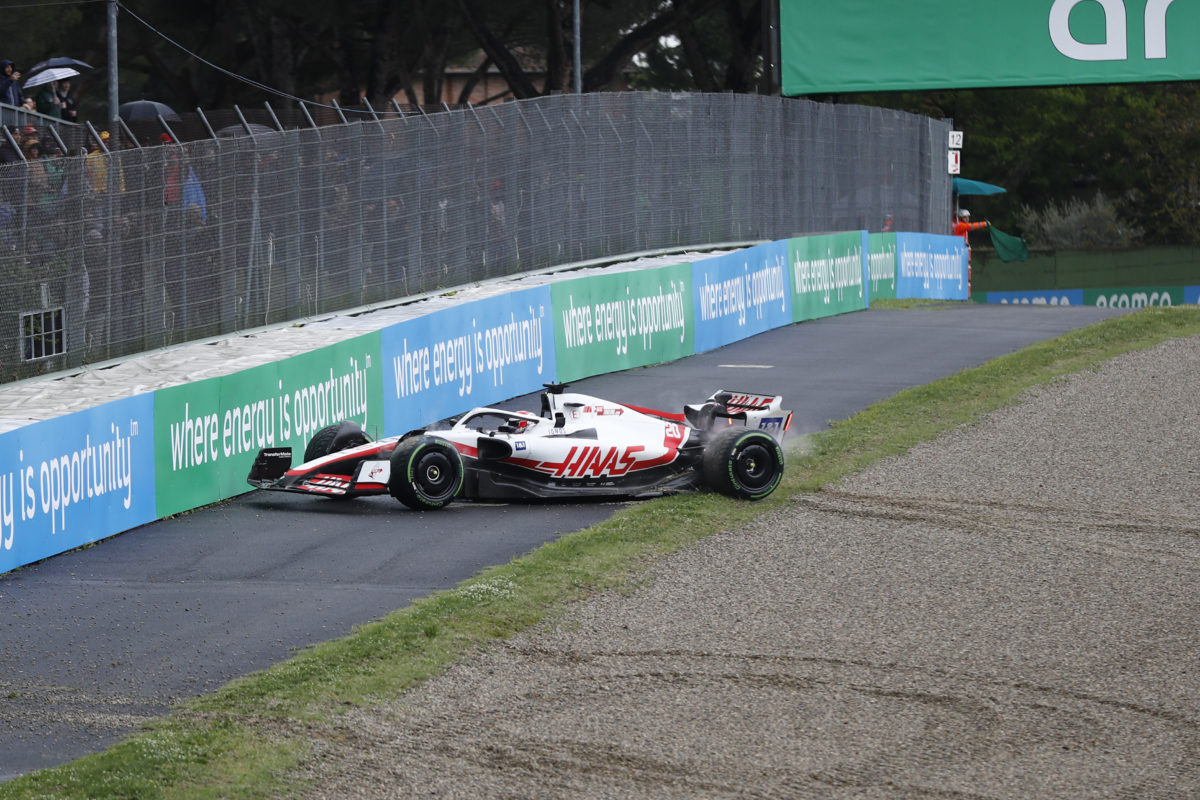 Magnussen’s red flag-triggering off during Qualifying on Friday

Guenther Steiner has praised Kevin Magnussen for his efforts on Friday at the Formula 1 Emilia Romagna Grand Prix which resulted in the Dane qualifying fourth fastest.

That came despite an off which triggered a red flag during Qualifying 3 before rebounding with his strongest lap of the season to date to deliver one of the best results the team has had in its history.

Haas has enjoyed a reversal of fortunes of late, with increased pace after three seasons languishing at the back of the F1 grid.

Such has been the upturn that some in the paddock have begun to accuse it of working too closely with technical partners Ferrari, dubbing the VF-22 the ‘white Ferrari’.

“I think every result is important, but to have a performance like that yesterday, it’s nice for the team,” noted Steiner on Saturday morning.

“I think we started off strong this year, and then in Australia we had a little bit of a dip in performance, but we knew the car was doing well, the car is doing well.

“So it was good to come back like this yesterday, under difficult conditions with the rain, always different conditions – a little bit more, a little bit less – but just executing what we did and how we went out.

“And also for Kevin, his confidence and everything, he just did a fantastic job I think, and Mick was almost there, just a little bit missing. That little bit will come.”

Magnussen’s effort could see Haas record its best ever qualifying result should he hold on to fourth place in the Sprint Qualifying session later today.

Friday’s Qualifying session set the grid for today’s 21-lap encounter, though the final grid will only be set once the chequered flag falls this afternoon.

“There is not more words than that.

“He was always in a very good state of mind, in my opinion, was always very calm, even when he went off and then got himself back on the track, stayed calm and then went out and did this time.

“That shows in which state of mind he’s in [at] the moment. He knows he’s in a good place, he knows that he can do the job very well, and he’s just happy to be here again.”

Out of the sport last year, Magnussen was a last minute replacement when the team parted ways with Uralkali and Nikita Mazepin following the opening pre-season test.

He put in an impressive shift during his sole pre-season outing in Bahrain and has offered Haas a breath of fresh air ever since, leading the American registered operation’s efforts.

Magnussen described his Qualifying result as “amazing”, despite bouncing through the gravel at Acque Minerali.

“I can’t really believe it – it’s that close to top-three,” he said on Friday.

“P4 is the best qualifying for Haas ever, so I’m really proud of that and the team.

“I went off, lost the car and went all the way through the gravel. I managed to just keep it going and do a bit of a four-point turn and get back on track.

“The car was just phenomenal, and I can’t believe we’re P4. It’s looking like it’s going to be dry tomorrow so we’ll just do the best we can, I don’t know what to expect.

“We’ll go and have fun and give it everything we’ve got like we did today.”