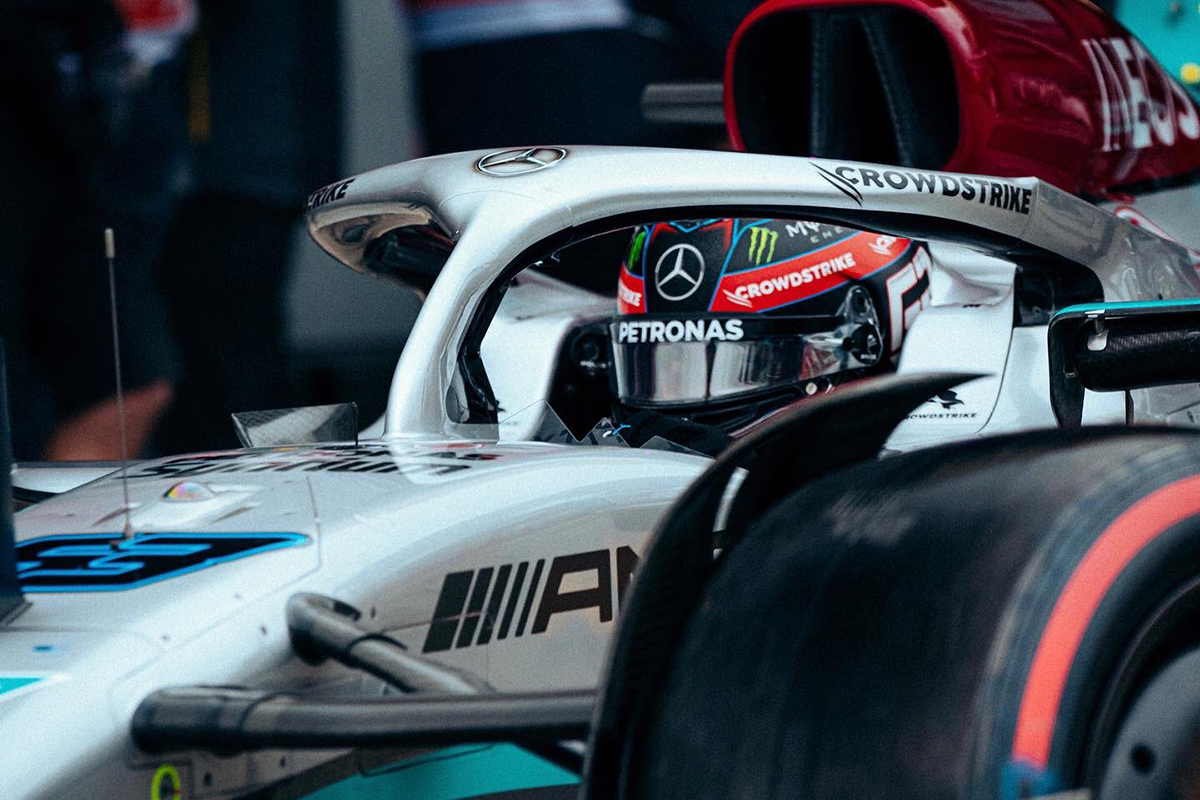 George Russell went fastest in a mixed up final practice session for the Formula 1 Emilia Romagna Grand Prix in Imola.

The Mercedes driver topped the first meaningful dry running of the weekend with a 1:19.457s, less than a tenth clear of second-best Sergio Perez.

It proved a busy session as teams worked to cram the time lost on Friday into the final 60-minutes of practice, with most drivers logging more than 30 laps.

Valtteri Bottas was not one of those, the Finn failing to head out as the session began. Instead, his Sauber sat on stands in the garage with work ongoing to the rear.

Daniel Ricciardo was also side-lined as McLaren chased an issue in his car, the Australian’s MCL36 also on stands with work underway on the right-hand sidepod.

Conditions in Imola were markedly different to those seen on Friday, with dry weather and temperatures some five degrees warmer.

That saw all three slick tyre compounds in use, Fernando Alonso using the hards though the softs and mediums the preferred rubber.

In the opening minutes the two Red Bulls sitting atop the timing screen before Alex Albon slotted his Williams in second best.

Much of the running to that point was completed on the soft compound tyres as teams looked primarily to Sprint Qualifying.

As a result, the session had a different tempo. Saturday morning practice is usually spent focused on longer runs before qualifying simulations in the middle part of the session.

With qualifying run and done on Friday, efforts were instead turned towards longer runs and evaluating the soft versus medium compound tyre.

Confusing matters on track was the fact that Friday’s rain left it green, making even the early running in the session somewhat unrepresentative as the grip ramped up.

It also prompted a different approach from teams, some opting to complete soft tyre running early before swapping to the mediums, like Red Bull, or Alpine which took the contrary approach.

Midway through the 60-minute session, George Russell moved to the top of the timesheets with a 1:19.457s, 0.3s clear of Perez’s earlier effort.

Reading into the times was therefore difficult, highlighted by Leclerc’s soft tyre 1:19.740s, good enough for only third.

Drivers were able to progressively attack the kerbs more aggressively, especially those at Variante Alta with a number launching their cars as they bounced through the right-left combination.

Bottas would never emerge as the team continued to work on the power unit in his car.

It was a legacy of the issue which saw him stop in Qualifying on Friday, when the exhaust worked lose and saw the engine bay overheat.

Similarly, Ricciardo never emerged on track as a power unit issue kept him in the garage throughout.

Both were therefore robbed of valuable dry weather running ahead of Sprint Qualifying, leaving them at a disadvantage heading into the afternoon.

McLaren’s woes were doubled by a brake issue for Lando Norris which kept the Brit in the garage for much of the session, amassing a total of just six laps.

While no doubt useful running for teams it made for a muddied session with an unrepresentative order heading into Sprint Qualifying at 00:30 AEST.