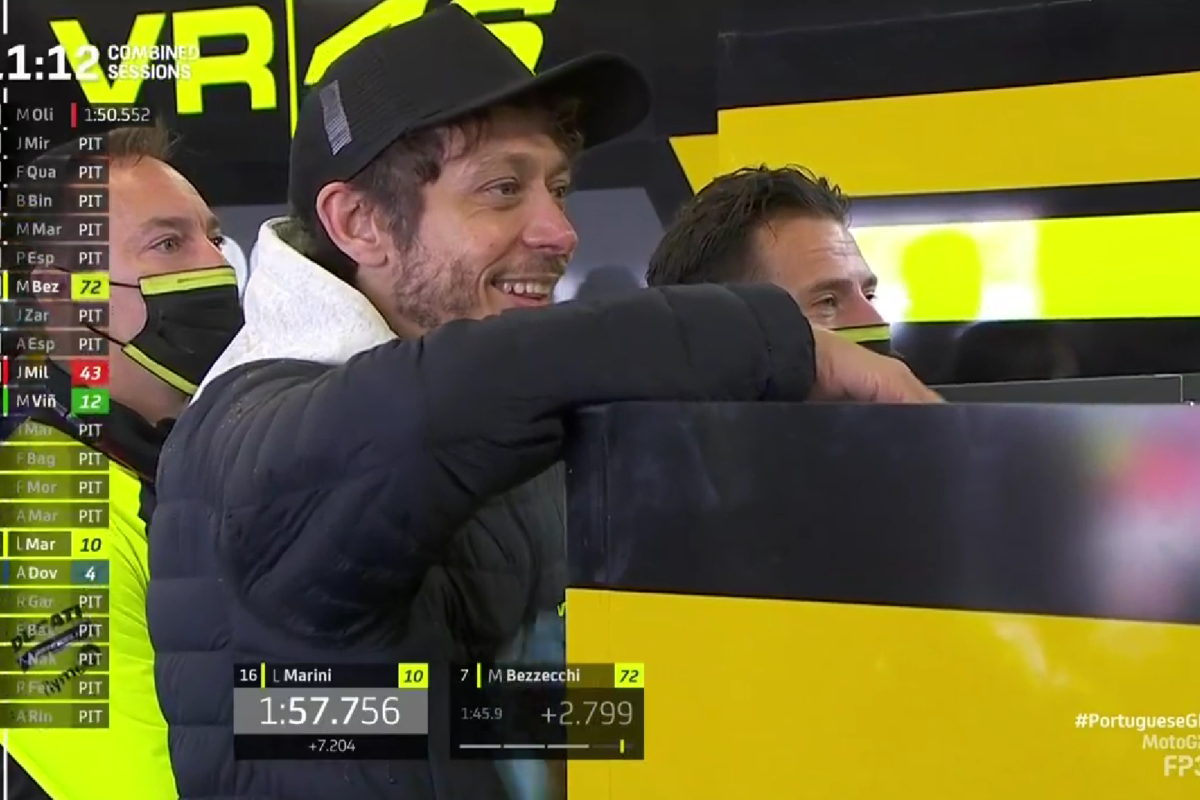 Valentino Rossi is back in the MotoGP paddock, for the first time since his retirement at the end of last year.

The seven-time premier class champion took in Free Practice 3 at the Portuguese Grand Prix from the garage of his own Mooney VR46 Racing Team, which fields Luca Marini and rookie Marco Bezzecchi.

Rossi called time on his glittering career as a motorcycle rider after 26 years of grand prix competition, and has since become a car racer on a full-time basis, driving a GT3 Audi with Team WRT in GT World Challenge Europe.

So far today at Portimao, he has seen Bezzecchi highside from his year-old Ducati at Turn 1, with five minutes to go in FP3, as rain continued to challenge riders.

Nevertheless, the 23-year-old will go straight into Qualifying 2 later in the afternoon (local time), having clocked a 1:51.136s in Friday’s first practice hit-out which was good enough for seventh on the combined timesheet ahead of FP4.

Marini ended up 16th on combined times on his GP22-spec Desmosedici and hence has to go into Qualifying 1, where he will be joined by several notable names.

Championship leader Enea Bastianini is chief among them, the Gresini Racing pilot having only been 19th-quickest on his Ducati Desmosedici GP21.

Marc Marquez was among those to crash in the session, having an early highside at Turn 8, but subsequently went back out after repairs to his first bike.