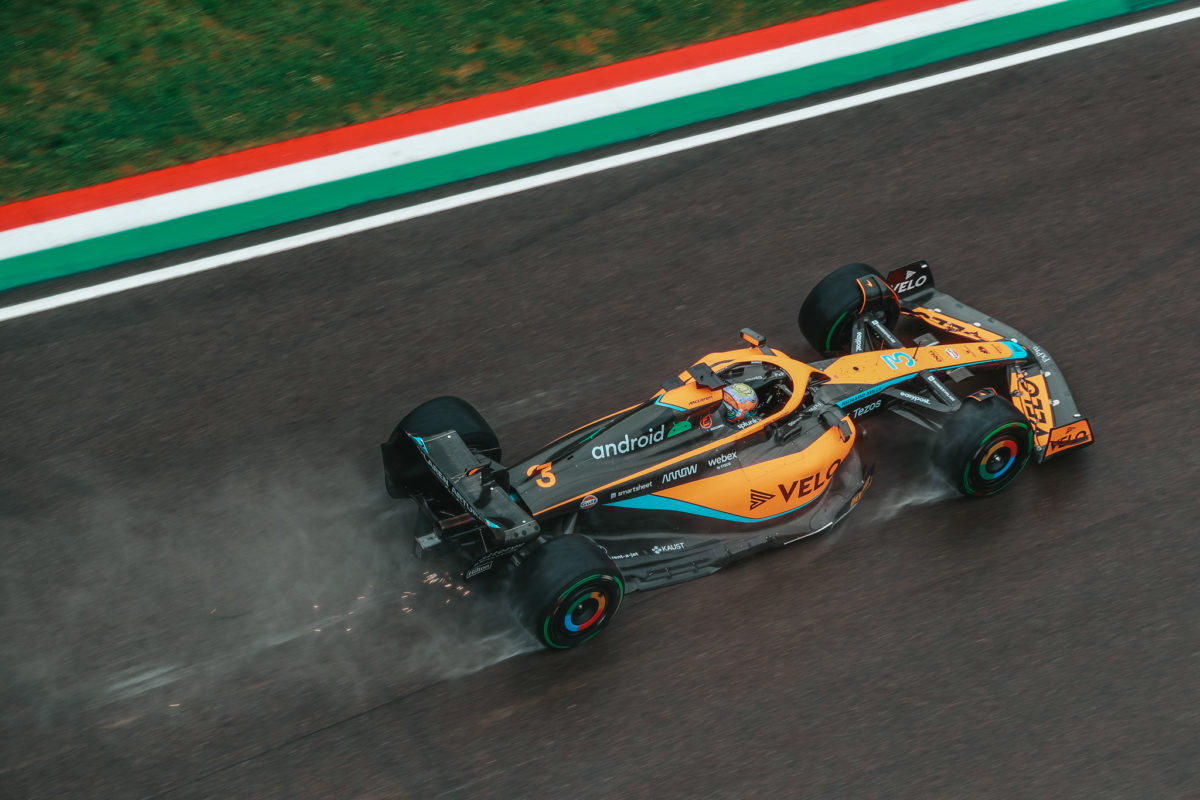 Daniel Ricciardo believes he could have qualified higher up the grid for Sprint Qualifying at the Formula 1 Emilia Romagna Grand Prix were it not for a series of red flag interruptions.

Ricciardo will start sixth in Saturday afternoon’s 21-lap hit-out to determine the grid for Sunday’s race, but feels he could have done better.

“On paper it’s pretty good,” he said of his sixth place qualifying spot.

“I feel a little hurt because I think pretty much everyone in front of me did two laps and I just got the one because of the red flags.

“With the improvements on the second lap, I really feel I could be significantly further up, but that’s alright.”

Friday’s qualifying session was dominated by difficult mixed conditions which started with a dry line on a wet track as conditions initially improved before deteriorating.

What should have been a 60-minute session ultimately took almost two hours to complete due to five red flag periods, the final three of those coming in Qualifying 3.

It meant timing and track position was critical in the final phase of the session, with Ricciardo caught out.

Even still, sixth was a strong improvement on Ricciardo’s Practice 1 result, which saw him just 15th-fastest, one spot behind team-mate Lando Norris.

However, with that running having also taken place in wet conditions, and improved weather forecast for Saturday, it’s unclear whether either McLaren driver will be able to stick with the pace towards the front of affairs.

“I’m happy we had good pace and happy we’re in a good position and up the pointy end,” Ricciardo said of qualifying.

“We’ll fight hard for the rest of the weekend and I’m looking forward to the Sprint. It’ll be fun.”

Across the garage, Norris shared Ricciardo’s disappointment despite qualifying third.

The Brit triggered the final red flag of the session after sliding off at Acque Minerali inside the final minute in Qualifying 3.

It meant nobody was able to improve on their earlier efforts, which Norris believes could have seen him move onto the front row.

“I would have liked to have that last lap in because we didn’t do a lap where we were like full power, full battery,” he said.

“If I managed to get a lap at the end which was 100 percent battery, there was a good three [or] four tenths left in it.”

While that gain wouldn’t have threatened Max Verstappen for pole, it could have seen him push championship leader Charles Leclerc off the front row of the grid.

“I’m sure Charles would have improved as well but if he made a mistake and I didn’t, then I could have gotten him,” Norris reasoned.

“There was maybe a little chance to do even better and to score a second place today, but it didn’t happen because of the mistake I made.

“So I have to be happy enough with third and honestly, it is a very good result for us.”

Teams are next on track for Free Practice 2 from 20:30 AEST on Saturday with Sprint Qualifying following from 00:30 on Sunday morning.