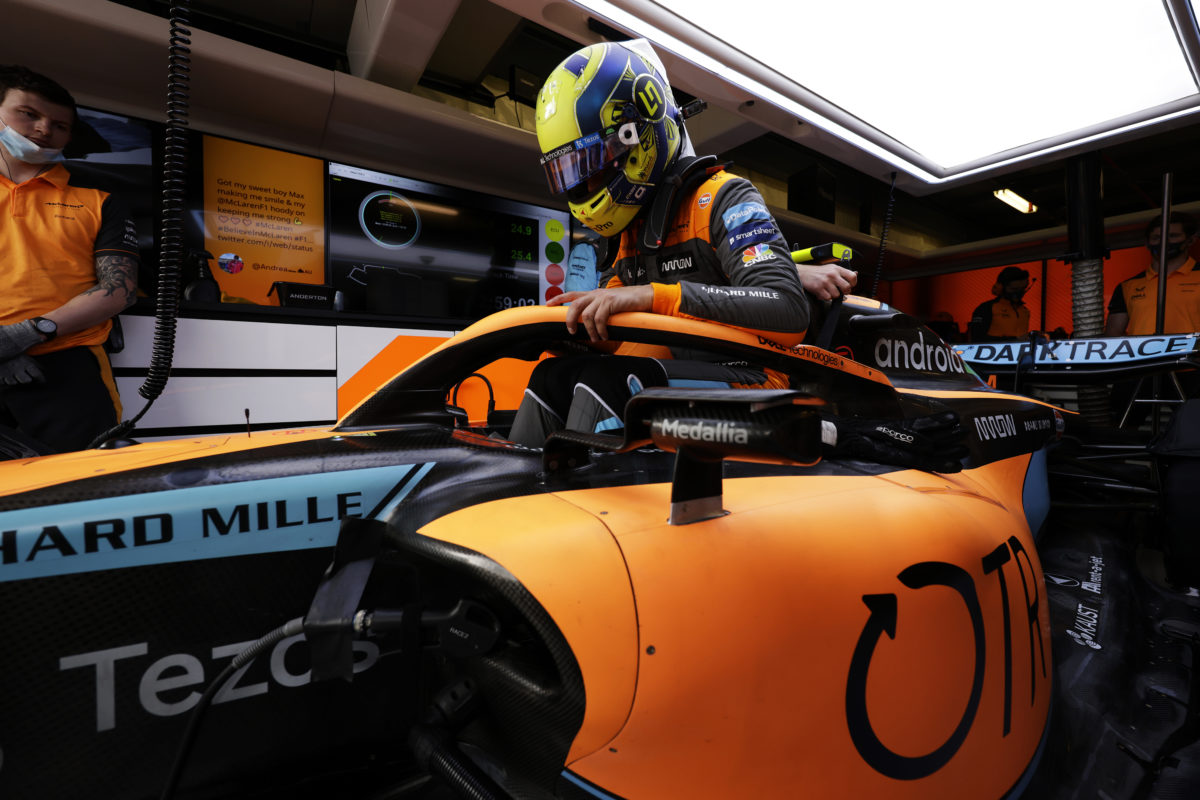 A difficult final practice session at the Formula 1 Emilia Romagna Grand Prix has left McLaren hoping it’s isn’t caught on the back foot heading into this afternoon’s Sprint Qualifying session.

With Friday’s running having taken place in mixed conditions, which have improved to leave the Imola circuit dry today, the team has gathered little in the way of meaningful tyre data.

“Definitely not a good start into the day after the good day we had yesterday,” conceded team boss Andreas Seidl on Sky Sports.

“Daniel’s side, we found an issue today in the morning on the car which unfortunately took a lot of time to repair, and we didn’t make it to go out again. Don’t want to go too much into detail what it actually was.

“On Lando’s side, we experienced a brake system issue when he did his first run,” he added.

“Took a lot of time unfortunately as well to fix it so he could only go out for a final lap at the very end, or installation lap and doing the [practice] race start, so not ideal.”

While the limited running meant the team gathered little data, parc ferme rules this weekend mean the squad has lost nothing in terms of setup time versus its rivals.

As a Sprint weekend, teams cannot change their cars from the moment they hit the track in Qualifying, making Free Practice 2 more about data gathering and tyre evaluation for the race than performance tuning.

“Not being allowed to change anything on the car anymore anyway, because of parc ferme conditions, hopefully doesn’t put us too much on the back foot now for the Sprint,” Seidl noted.

“And we have enough information hopefully also from all the other cars that were running in terms of tyre choice so that we are back in track when the Sprint starts.”

Norris will start Sprint Qualifying from third, while Ricciardo will line up sixth in the sister car for this afternoon’s session.

“The most important thing for this Sprint today to, as always, make sure you don’t be too aggressive as well, to make sure you finish things Sprint having then good positions for tomorrow for the race, where you get the big points,” Seidl reasoned.

“With what we have seen yesterday also in dry conditions in Quali, I think we have a competitive car.

“It’s, I think, not easy here to overtake, so I think even with the faster cars that are behind us, there’s a good chance we can keep the positions.

“First step we will always try to make up positions even, at the same time we don’t want to destroy anything on the car.”