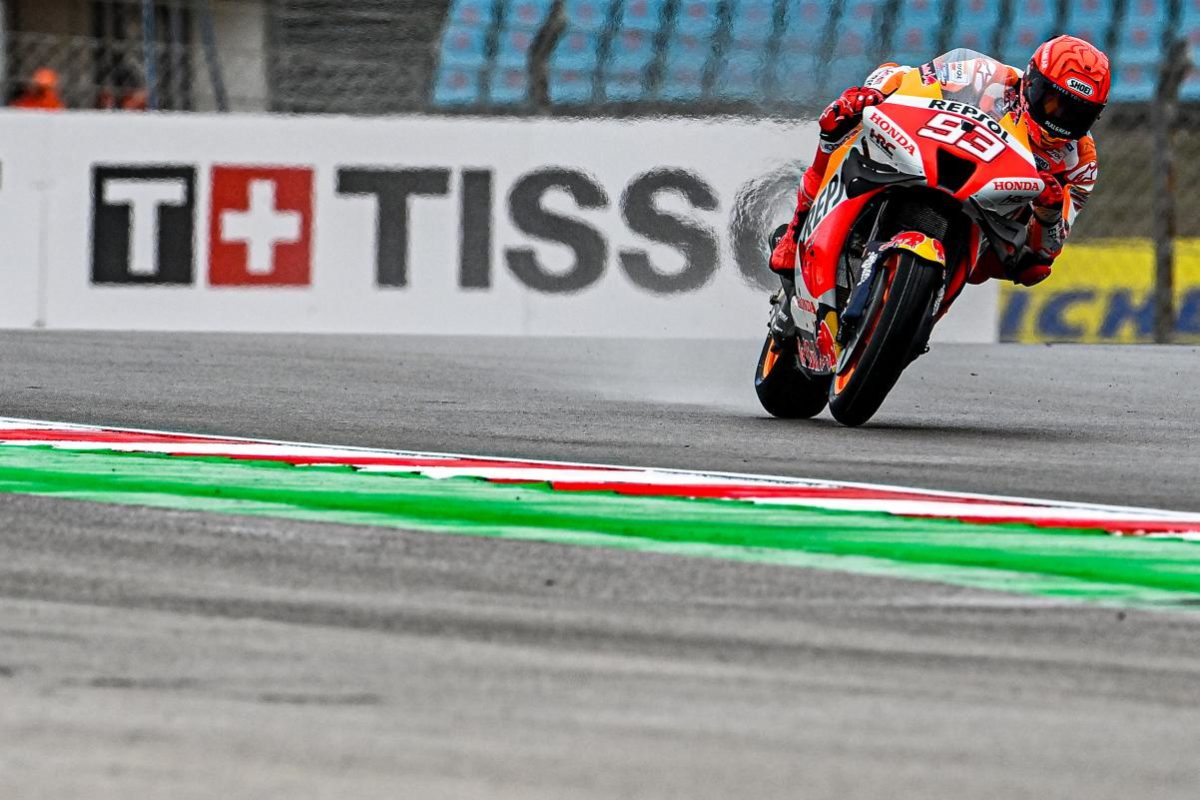 They topped a session each and Marquez was also second-fastest in Free Practice 2, at six tenths of a second off the pace, on a day when the field ran on grooved Michelin tyres throughout.

The six-time premier class champion had soft rubber fitted at both ends of his RC213V when he clocked the 1:51.819s which was best of all at the halfway point of Free Practice 1 at Portimao.

After taking a medium front for his second run, with the original soft tyre still on the rear, Marquez decisively reclaimed the ascendancy when he set a 1:50.666s with the chequered flag out.

While rain was a constant in that hit-out, it had ceased for the start of FP2, and Espargaro moved the benchmark to a 1:50.707s just beyond the 10-minute mark.

Marquez then set a 1:51.318s on his last lap before the end of his first run, as heavy rain began to set in for the latter half-hour of the session, essentially locking in the results.

Espargaro’s FP2 fastest lap was the only one which was any quicker than the top six in FP1 had gone, meaning third on combined times went to Suzuki Ecstar’s Joan Mir on a 1:51.031s.

Miller and Bagnaia were among those to crash during the day, the former losing the front end of his Desmosedici at Turn 8 in FP1.

Others to have a spill in that session were Takaaki Nakagami (Idemitsu LCR Honda) at Turn 9 and Luca Marini (Mooney VR46 Ducati) also at Turn 8.

Early in FP2, Bagnaia went down at Turn 3 on relatively little lean angle, before Bezzecchi had a small highside at Turn 9, and Zarco crashed at Turn 2 in an incident which began with the rear of the #5 Ducati kicking out.