Lessons for Gardner in most competitive day in MotoGP yet

Lessons for Gardner in most competitive day in MotoGP yet 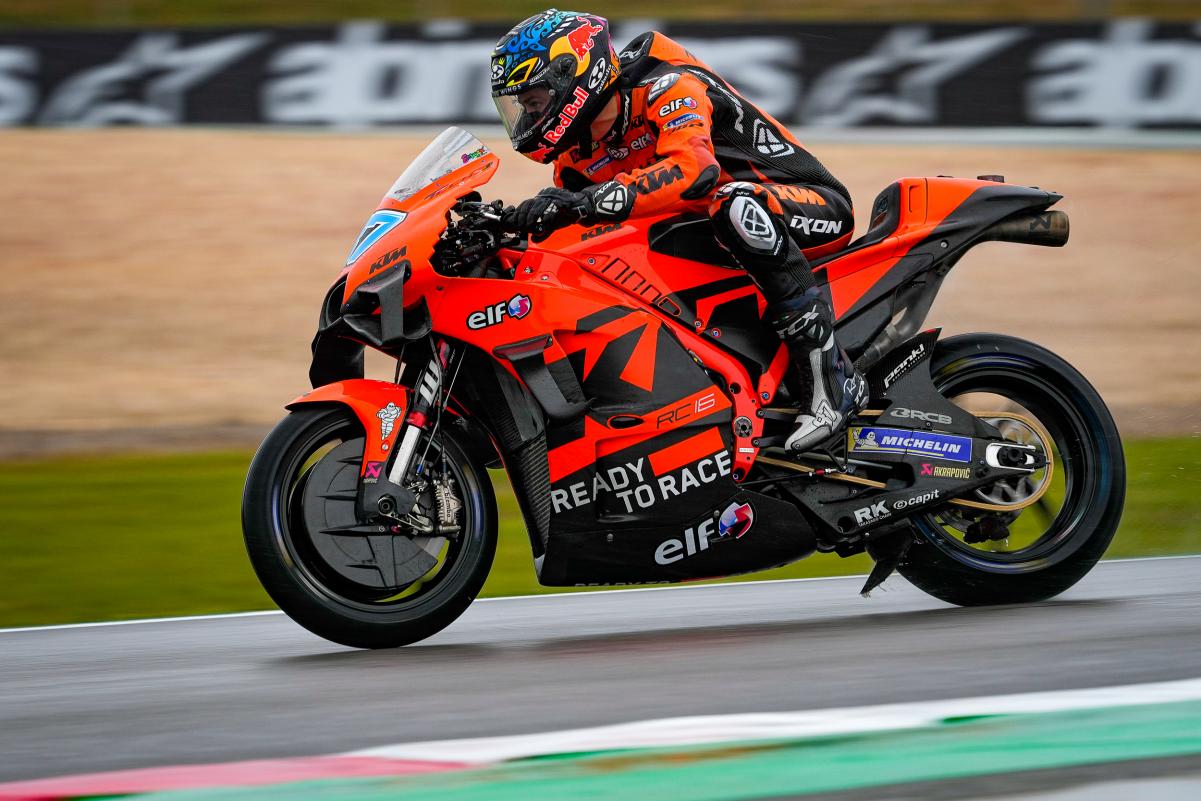 Remy Gardner has hailed the lessons he took from a wet Friday of practice at the Portuguese MotoGP round, when he was at his most competitive so far this year.

The Tech3 KTM Factory Racing rider was 13th-fastest in Free Practice 1 at Portimao and 15th in the second session of the day, when heavy rain meant few improved their times.

Gardner has just a single point after his first four races in the premier class, and admitted after the last round that his rookie season to date has been “a big slap in the face”.

His best finish to now has been that 15th in Round 1 in Qatar, while his best results in any session (other than Qualifying 1, for those outside the top 10) have been 13th in Free Practice 3 in Indonesia, also in FP1 in Argentina, and now in Portugal.

The Sydney-born pilot was as high as 10th-quickest in that opening session at Portimao, with a 1:51.820s on used tyres, with just over five minutes to go.

Notably, this is just his second rainy event in the premier class, having found the Michelin wets which MotoGP uses to be quite different to the Dunlops of the intermediate class in Round 2 at Mandalika.

“Today was a good day and I gained a lot of experience in the wet,” said the 2021 Moto2 world champion after the conclusion of FP2 at Portimao.

“I started to understand the tyres a bit more, and enjoyed riding the bike a lot as well.

“I expected more improvement for FP2, but it ended up raining a lot, so we did not manage to do so.

“It was a fairly good day anyway, and I look forward to tomorrow [Saturday], which will be drier hopefully.”

Marc Marquez set the pace with a 1:50.666s in FP1, with his Repsol Honda team-mate Pol Espargaro second-quickest overall after topping FP2 with an early 1:50.707s.