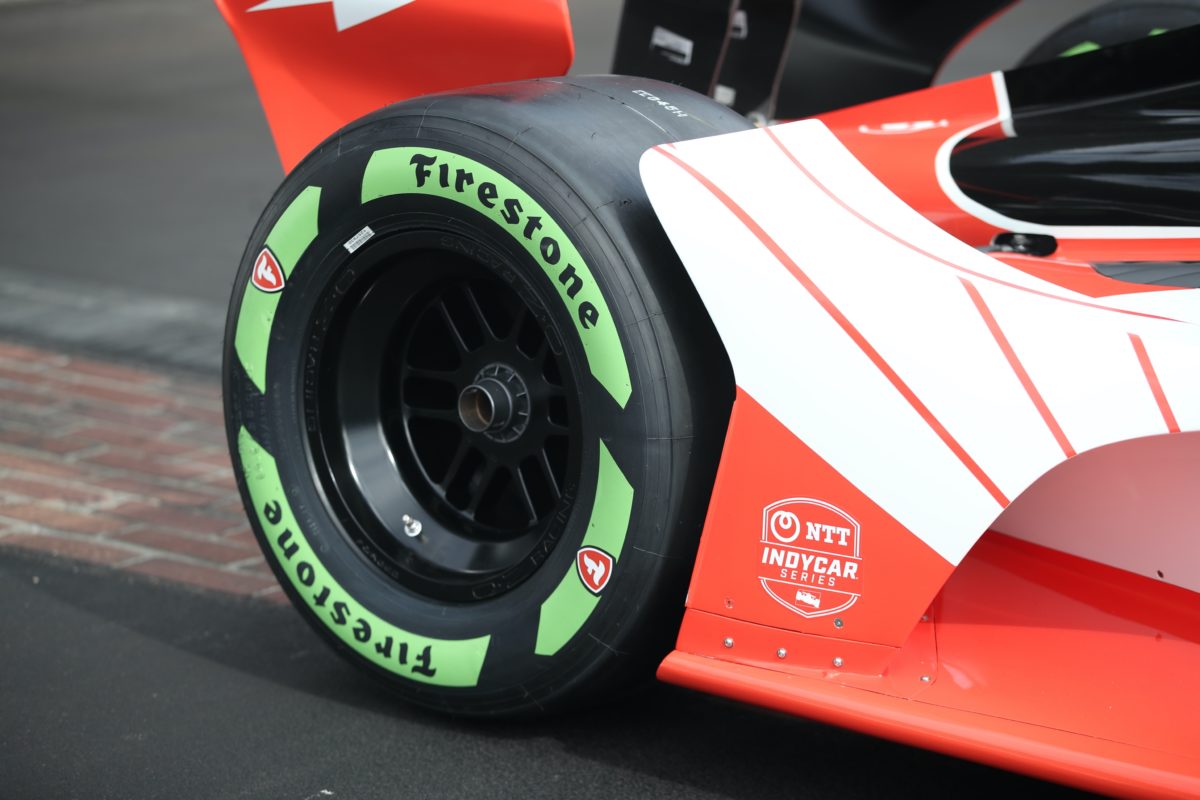 IndyCar will introduce a new specification of alternate tyre at August’s Nashville event as part of a wide-ranging sustainability push.

In an announcement timed to coincide with Earth Day (April 22), the category revealed a host of initiatives which also includes a new type of diesel for team transporters, and recycling programmes at Indianapolis Motor Speedway.

It is the tyres, though, which will be the most visible change.

What had come to be commonly referred to as ‘reds’, given the sidewall colouring which distinguishes the alternate compound from the primary, will now literally be green.

However, the switch is more than just skin deep.

From now on, Firestone will produce the alternates with a sustainable natural rubber which is extracted from the guayule shrub.

According to Nizar Trigui, chief technology officer and group president of the Solutions Businesses at Bridgestone Americas, there are multiple benefits.

“Guayule is a shrub that goes naturally in the Chihuahua deserts and several parts of the southwest of the United States,” he explained.

“It is a shrub that produces rubber in the bark, in the stem, branches and the roots of this shrub.

“What makes it so special is that the natural rubber that it produces is chemically identical to the rubber that comes from the Hevea trees in Southeast Asia.

“Also, since it is a desert shrub, it really requires very little water to grow, compared to popular crops like cotton and alfalfa, which makes it alternative crop to grow in places like California and Arizona that are facing persistent multi-year droughts and they really need to figure out an alternative.

“You can see we’re really excited about the potential of guayule as a sustainable source of natural rubber and its potential to reduce our carbon footprint by localising production of really a key raw material for us.

“We use quite a bit of natural rubber in our productions.”

The guayule-spec alternate tyres will be seen for the first time in the pit stop challenge on Carb Day at the Indianapolis 500, next month, before their competitive debut on the streets of Nashville.

In an initiative also involving Shell, all race tyres for the Indy 500 will be delivered by a Freightliner eCascadia from the Penske Truck Leasing fleet, with a high-power electric charger to be installed at the Brickyard.

As for the transporters which carry the IndyCars around the country, they will run on renewable diesel from June’s Detroit Grand Prix.

All electricity used at the Brickyard in May will be bought with 100 percent renewable energy credits, while there will be increased recycling efforts, and IMS retail partner Legends will open a fully sustainable store inside an electric truck.

“This will be the most sustainable Indy 500 in our 100-plus year history,” said Penske Entertainment Corp. president/CEO Mark Miles.

“Moreover, through excellent coordination and teamwork with partners who are true innovators in this field, we’re moving IndyCar toward industry leadership when it comes to environmental awareness and impact.”

Barber Motorsports Park hosts Event 5 of the IndyCar season next weekend, while practice for the Indianapolis 500 starts on May 17 (local time).