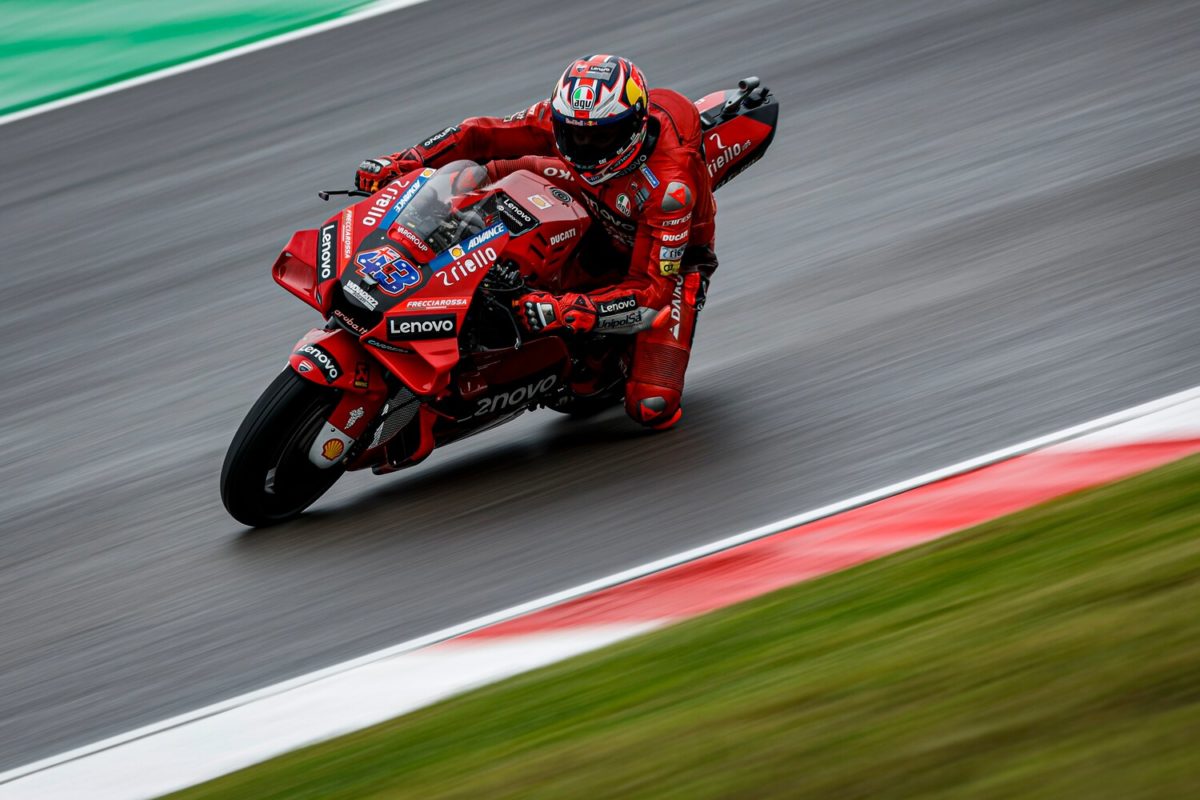 Jack Miller says he found improved rear-end feeling from his Ducati in a wet Friday of practice for the Portugal MotoGP round.

Miller ended the opening day of Round 5 in 10th position on combined times and hence provisionally into Qualifying 2, despite a crash at Turn 8 midway through Free Practice 1 at Portimao.

While that was a front-end lose, it was the other end of his bike that the Ducati Lenovo Team rider had been struggling with.

However, having experienced similar difficulties in the other wet event so far this season, at Indonesia’s Mandalika, he thinks he has made inroads now.

“It’s been a long time since we’ve had a full day of work in the wet, and it definitely wasn’t easy,” said the Queenslander.

“After the first outing this morning, we made a change on the bike that didn’t take us in the right direction.

“The feeling was the same as at Mandalika, where I could find speed straight away, but then the lack of rear feeling held me back.

“In FP2, we were able to take a step forward, and in the final minutes of the session, my feeling improved a lot.

“Now we just have to continue in this direction to get a good qualifying position tomorrow.”

Miller, who was already under pressure to keep his seat in the factory Ducati team, has had a rough start to the 2022 MotoGP season.

An electronics problem consigned him to a DNF in Qatar, and while he claimed fourth at Mandalika, Argentina was a shocker as #43 started and finished 14th.

However, ‘Jackass’ qualified on the front row next time out at the Circuit of The Americas and would end up third after leading the majority of the race.

He stated ahead of this weekend’s Portuguese Grand Prix that he was “starting to really gel” with what has proved a difficult-to-tame 2022 Desmosedici, and that would appear to be even more so the case after another two practice sessions.

Miller’s team-mate, Italian Francesco Bagnaia, is currently ninth on combined times with a crash of his own along the way, while the other Australian in the field, Remy Gardner, had statistically his best day in the premier class so far.