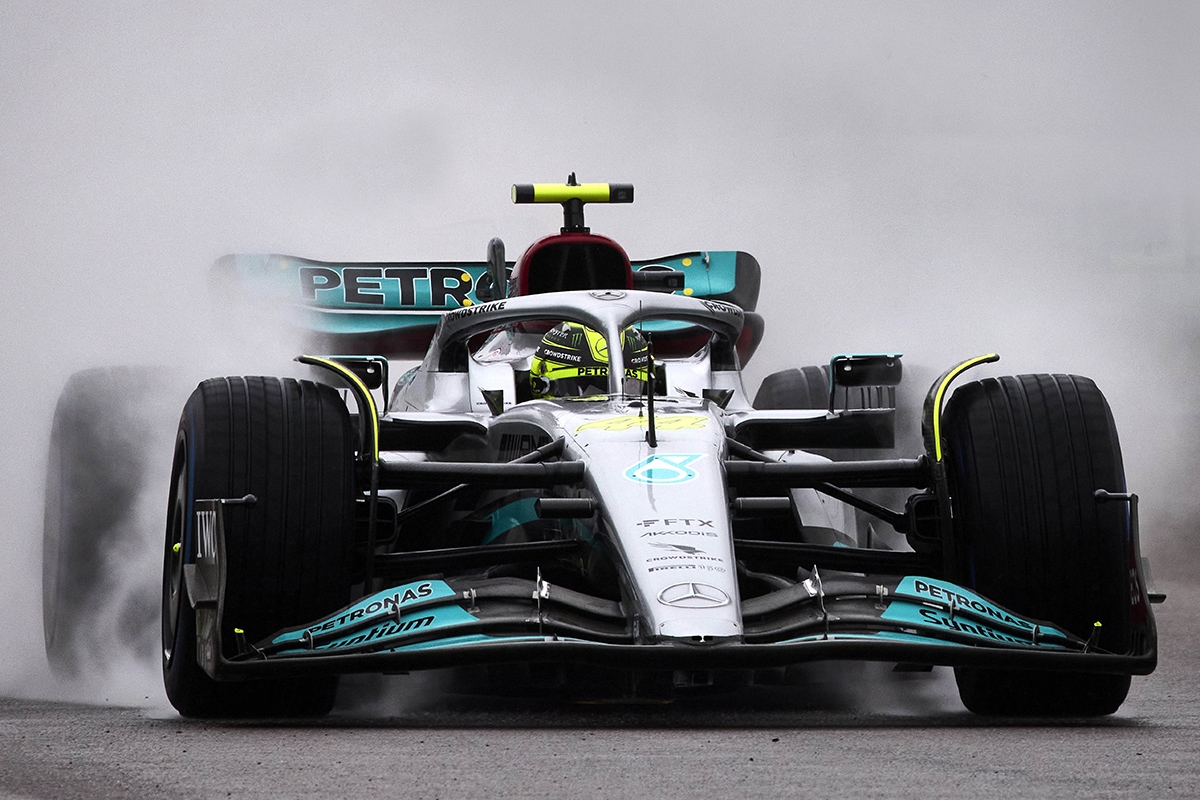 Mercedes’ difficult qualifying session for the Formula 1 Emilia Romagna Grand Prix left Lewis Hamilton to claim his team “under performed” on the opening day of the event.

The seven-time world champion will start Saturday’s Sprint Qualifying from 13th, two places behind George Russell after neither made it beyond the second phase of qualifying.

It ended a 187-race streak of the team having at least one car in Q3, a run that dates back to the 2012 Japanese Grand Prix.

Such were Mercedes’ woes that Hamilton was fortunate to miss the cut as the first phase of the three-part session ended, clearing that hurdle by just 0.004s.

“Naturally it’s disappointing,” he said after the session.

“[We] come here with optimism, everyone’s working really hard at the factory, and then things just don’t come together. It’s disappointing.

“I think we underperformed as a team today,” the 37-year-old added.

“There are things that we should have done, we didn’t do. Anyways, we’ll work as hard as we can to move up in the sprint race.”

The first of those came during Qualifying 1 when Alex Albon had a rear brake fire, before Carlos Sainz crashed out of Qualifying 2 to trigger the second stoppage.

In that instance, worsening conditions meant once the session resumed, there was no way to improve, leaving Hamilton to climb from his car before the session was over.

It leaves an uphill task for the Mercedes pilot with the Imola circuit not known for its ease of overtaking, with only a single DRS zone to help drivers this weekend.

However, the weather is expected to improve. Friday’s running took place in cold and wet conditions, with temperatures set to rise into the 20s on Saturday, and the chance of rain easing.

“It’s going to be a difficult race, but hopefully tomorrow is better weather wise and who knows, maybe we can move our way forwards,” Hamilton said.

“We’ll just keep working hard and each weekend is a rescue,” he added.

Sprint Qualifying in Imola is set to commence at 00:30 AEST on Sunday morning.