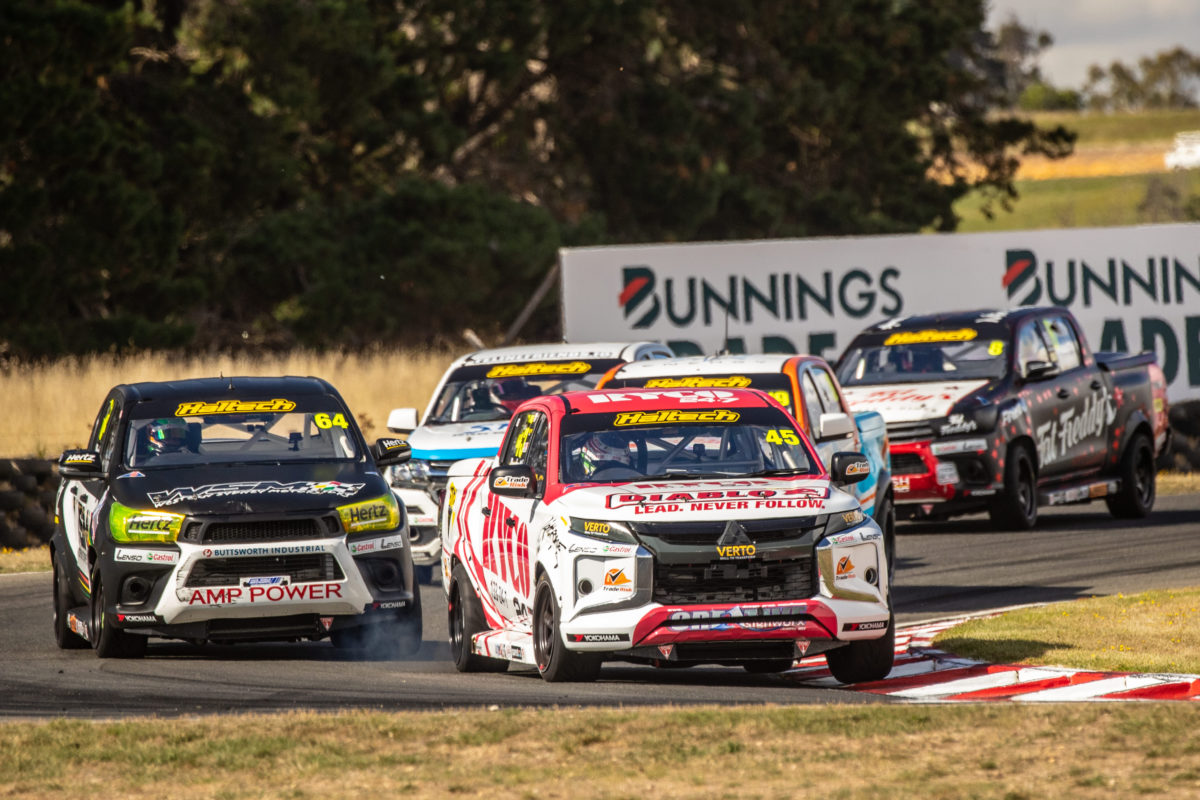 The V8 SuperUtes at Symmons Plains

Super3 Series winner Josh Hunter will be part of a 15-car field for Round 2 of the Haltech V8 SuperUtes Series, next week at Wanneroo.

He will drive one of the Sieders Racing Team’s (SRT) Mitsubishi Tritons, in what will be his first national start since the final round of the 2016 Toyota Gazoo Racing Australia 86 Series at Sydney Olympic Park.

Hunter is the grandson of speedway legend Garry Rush, but has a claim to fame of his own having prevailed in what was known then as the V8 Touring Car Series in 2012.

Also bolstering the field for Round 2 at the Bunnings Trade Sydney SuperNight will be V8 Utes Series winner David Sieders, who has been entered in another SRT Triton.

His advantage at the head of the standings is five points over another SRT driver in Craig Dontas, with Aaron Borg third at just five points back again.

The V8 SuperUtes will have a single practice session and then Qualifying next Friday in Perth, before four races across the Saturday and Sunday.