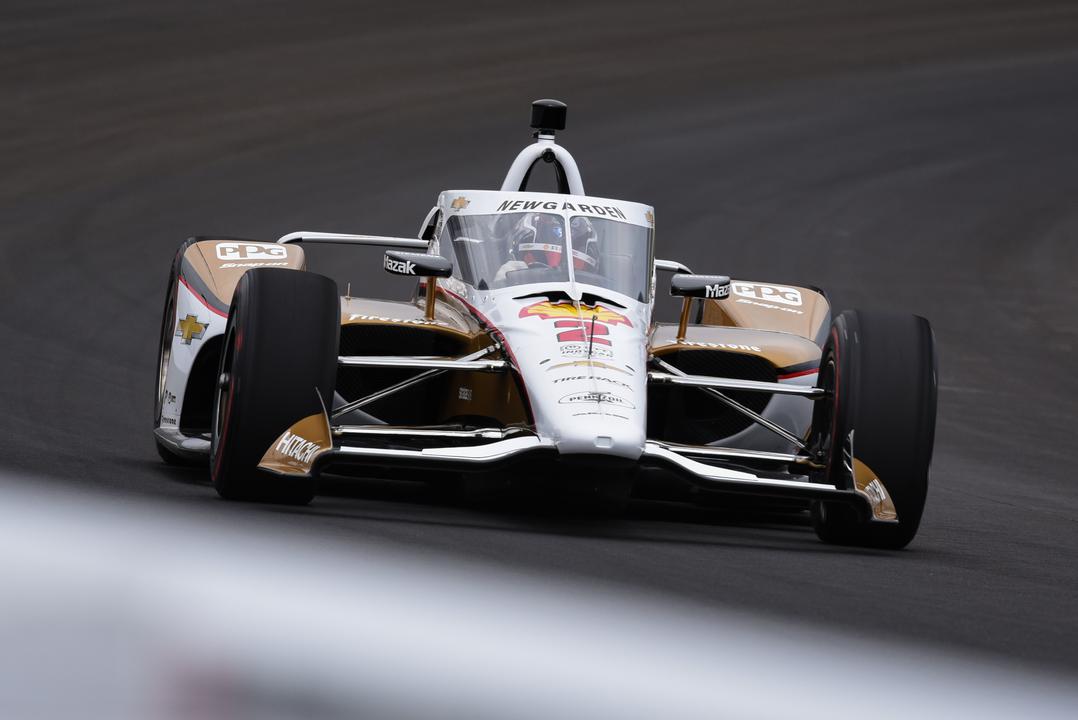 Team Penske’s Josef Newgarden has gone fastest with a 229mph lap on the second and final day of the Indianapolis 500 Open Test.

The series leader edged Takuma Sato to top spot on the timesheet, while Scott McLaughlin ended up fifth-quickest in the #3 Penske Chevrolet.

However, after being the most rapid on a non-towed lap on Day 1 of the test, he was once again among the best on that metric.

In fact, the six quickest such laps were all set in cars with Chevrolet engines in the back of them.

Rounding out the overall top 10 were Marco Andretti, Alex Palou, Jimmie Johnson, Felix Rosenqvist, and Marcus Ericsson, with Penske’s Will Power 14th on a 227.204mph (365.649km/h).

Helio Castroneves was a scratching after his crash on Day 1, and while Day 2 of the test did not run uninterrupted, it was far less dramatic that that which preceded it.

Action started late again due to precipitation, and Romain Grosjean came close to drawing yellows when he twice got very close to the wall, but the only stoppages were for track inspections.

The IndyCar season continues with the Grand Prix of Alabama on April 29-May 1 (local time), with that race to be streamed live and ad-free on Stan Sport.