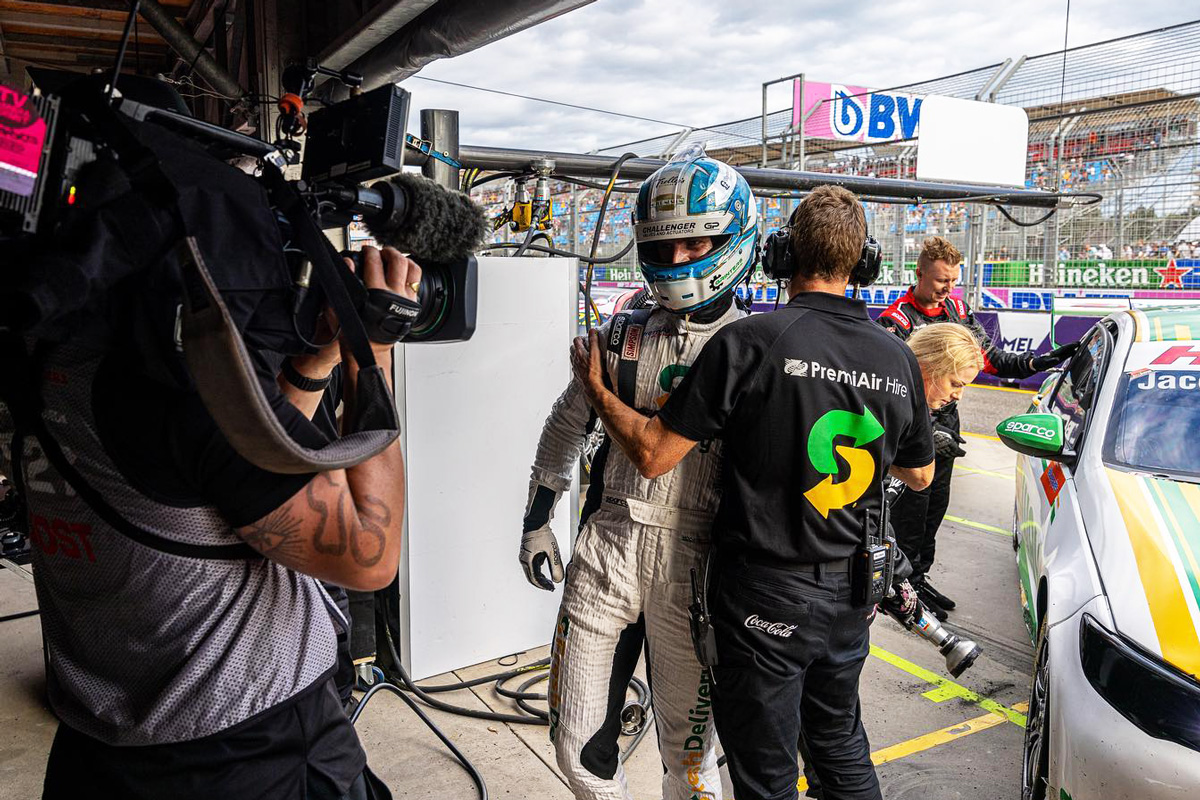 Garry Jacobson has reflected on his series of top 10 finishes at the recent Melbourne 400 as an “amazing feeling”.

The 2016 Super2 title winner collected PremiAir Racing’s maiden top 10 finish in the Repco Supercars Championship’s opening race at Albert Park earlier this month, and backed that up with a sixth and a 10th the following day.

By the end of the event, Jacobson had accumulated the eighth most round points – and second of all those in Triple Eight machinery, including being ahead of Red Bull Ampol Racing’s own Broc Feeney.

It was a remarkable turnaround from a troubled first two events that had left him anchored to the bottom of the standings.

“I’d love to say it was all me and I stepped up with my driving, but I’m really just a product of the hard work my team have obviously done to turn my car around,” Jacobson told Speedcafe.com.

“It’s back to where the Triple Eight car should be.

“I think we missed out on a couple of things that just, without being too angry about it, we just missed a couple of obvious basics that we didn’t get right for the first two rounds mechanically.

“I had [Triple Eight team manager] Mark Dutton ringing me on the phone during the week after Symmons Plains assuring me that my car will be better and it certainly was. He really took it quite seriously on the things we were struggling on at Symmons Plains.

“We were really disappointed with how that race finished up and we wanted to do better and were quite hungry to do better, so straight away after the things got fixed that I needed, we were able to go and deliver and give some reward to those serious chats that we had.”

The 30-year-old was taken aback by the reaction to his upswing of form, which included a heartfelt congratulations from two-time champion Shane van Gisbergen.

“I have had a lot of people come up to me that have just said they are so happy for me, which is very humbling,” said Jacobson, who made a point of crediting the mentorship of Paul Morris.

“It’s been quite fascinating to really see how many people do care about your career, whether it’s personally being involved or externally. So everybody is quite pumped for me, which is great.

“I’m sure that sustaining it will be the next challenge. I’m very well aware that it’s been one round.

“It’s been a fantastic experience and weekend where it feels like I have opened a window of opportunities for our crew to believe that if we keep working hard like we have been, we can sustain it.

“So riding this wave is all about not waiting until you have a bad round to bounce back, but enjoying how good success feels and trying to keep that feeling in the team.

Jacobson has had quite the journeyman career, six Super2 campaigns followed by a single main game season at each of Kelly Racing, Matt Stone Racing, and Team Sydney last year.

He’s yet to record a top 20 end-of-year championship position, but belief is higher than ever that he’s now got the chance to show what he really can do.

Wanneroo Raceway represents the next challenge, hosting the Bunnings Trade Perth SuperNight across April 30 to May 1.